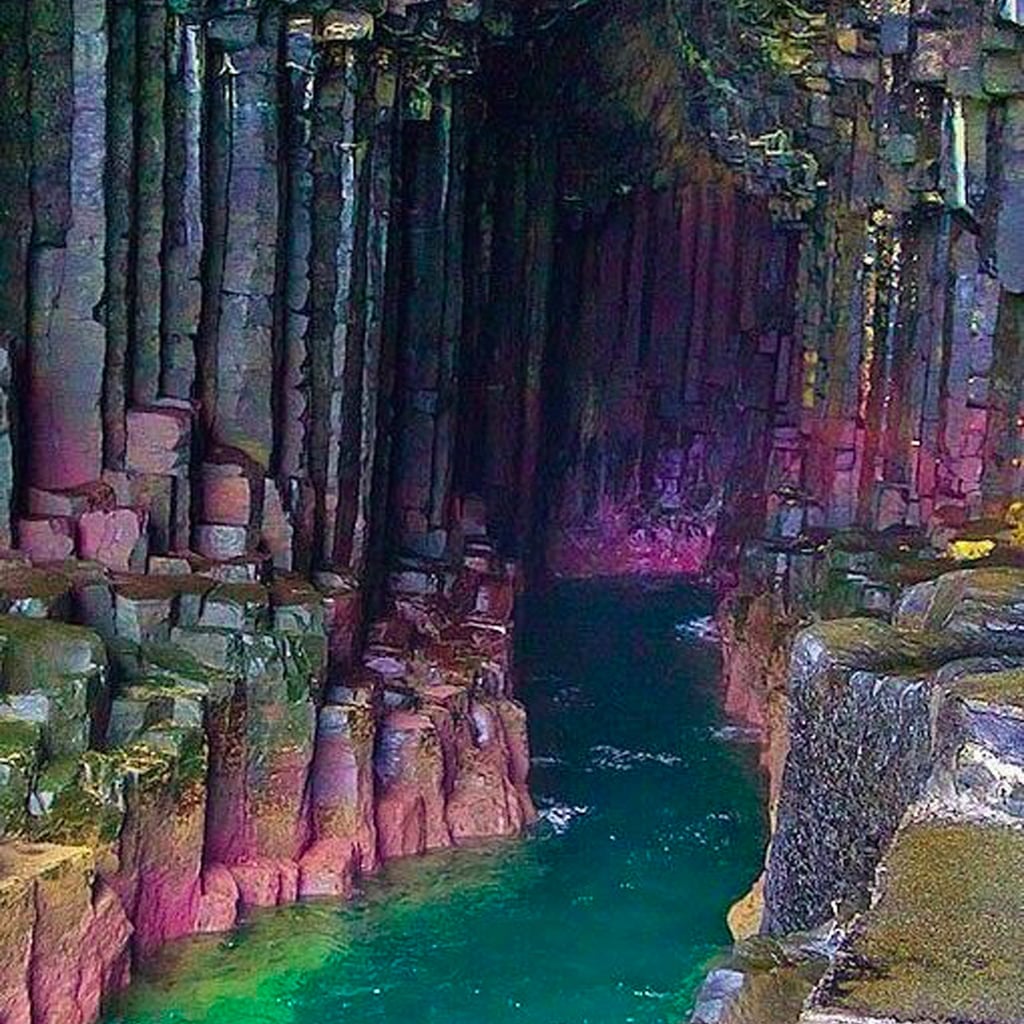 Scotland's Fingal's Cave is one of those sights that truly have to be seen to be believed. The naturally occurring cave on the uninhabited island of Staffa is formed by hexagonal basalt that look to be man-made but are said to be formed by lava flow over time that somehow created these very unique shapes.

One fascinating piece of this cave's history, though, is when composer Felix Mendelssohn visited in 1829. He was said to have experienced great seasickness and perhaps did not enjoy Fingal's Cave, however, he was actually so overcome with emotion upon hearing the waves crashing through the cave opening that he immediately sat down and wrote "Hebrides Overture."

If you want to be inspired like Mendelssohn, you can visit the sea cave on various boat tours in the area. They travel past the cave opening, and some will even stop if the weather and surf are appropriate.

Related:
If You're Visiting the Bahamas Soon, You Must Track Down This 1 Hidden Gem
Previous Next Start Slideshow
This Crazy-Cool Cave Is Like Something Out of a Sci-Fi Movie originally posted on POPSUGAR Smart Living
Travel InspirationTravelScotland
Around The Web