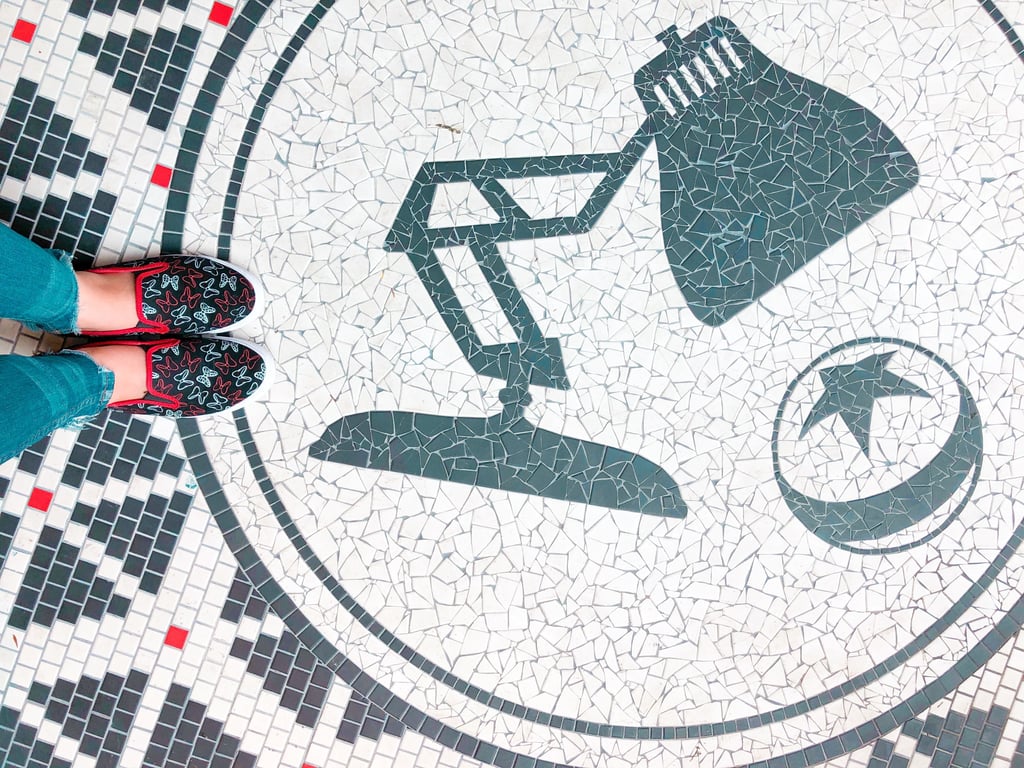 From Bubbling Cocktails to Pixar Details, This New Disneyland Restaurant Is a MUST Visit

It's been a roller coaster of emotions (pun intended) with saying farewell to Cove Bar and hello to Lamplight Lounge at Disneyland. First, we were devastated to hear our favorite casual eatery and bar would go away, then we found out the new restaurant would be keeping the lobster nachos on the menu (huge sigh of relief), then we actually experienced the wonder of this new-and-improved Pixar-themed eatery when it opened on June 23, and all was right in the world. Located at the entrance to Disney California Adventure's just-opened Pixar Pier, Lamplight Lounge takes over the entire upstairs and downstairs space that was formerly Cove Bar and Ariel's Grotto and is a very cool, waterside gastropub-style restaurant and bar. It's a major upgrade from the previous restaurants as far as design and food goes, and one of our favorite things about it is all the discreet and overt odes to Pixar Studios throughout the space. Ahead, see some of the delicious culinary highlights in addition to some of the many Pixar details.

Previous Next Start Slideshow
From Bubbling Cocktails to Pixar Details, This New Disneyland Restaurant Is a MUST Visit originally posted on POPSUGAR Food
PixarFood NewsDisneyTravelTravel TipsDisneyland

Food Shopping
Costco Is Selling a New 36-Pack of French Macarons in White Chocolate, Raspberry, and More
by Chanel Vargas 17 hours ago

Food News
In an Effort to Increase Plant-Based Offerings, Dunkin' Has Added 41 Vegan Doughnuts to Its Belgium Menu
by Haley Lyndes 1 day ago

Food News
Everything You Need to Know About Tovala, the Accessible Meal Delivery Kit
by Kaley Rohlinger 2 days ago