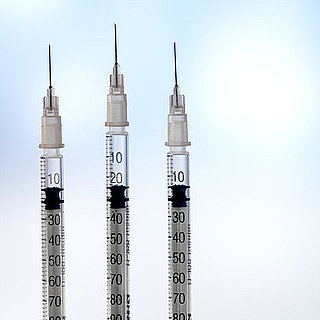 There are two kinds of beauty stories. The first type involves fun, fantasy topics like sexy hair and gorgeous lipstick. And then there's the other kind of beauty story, which sheds light on unattractive and awkward subjects like chin hair. This post falls firmly into the latter category. You've been warned. The subject: seriously nasty acne, and what to do about it.

A few months ago, I started breaking out worse than ever before. It was not cute. We're talking zits that you could easily see from 10 feet away, zits that were painful to the touch, zits that settled in for months at a time. Nothing helped — not benzoyl peroxide, not tretinoin, not blue light. Nothing. So as a last resort, I made an appointment for a cortisone shot. Find out whether it worked, and what it's like to be needled for your acne, after the jump.

So what is a cortisone shot? Basically, it's a last resort for a pimple that won't go away or needs to disappear fast. Such injections are administered only by dermatologists, and they aren't meant to be a regular thing. For instance, if Krakatoa sprouts on your chin two days before your wedding, you might consider a cortisone shot. The shot works by releasing cortisone, a corticosteroid, into an inflamed pustule. It dramatically reduces inflammation and speeds up healing time. In some cases, a monster pimple can disappear within 24 hours. Side effects are unusual, but the most common one is a "sunken" appearance where the pimple used to be.

In my case, I had two stubborn spots. One was your typical gargantuan pimple next to my nose, and the other was a cystic bump. Off to the dermatologist I went. "How long have you had this?" he asked of the enormous, deep-under-the-skin lump on my jaw.

"About two months," I said.

"Oh, you should have come in earlier," he said. Noted.

Then he went to work. It's kind of icky stuff, but if you want to know what it's like, here you go. First, my dermatologist cleaned my face. Next, he used a metal tool to lop off the top of the pimple and push out all of the sebum inside. Then, he injected the cortisone directly into the pimple. It wasn't painful, but it certainly wasn't the most comfortable sensation. That was over in a matter of 10 or 20 seconds.

Here's where things get grosser. The pimple on my jawline was a deep cystic nodule. It felt like a pea underneath my skin. "That's never going to come to a head," my doc said. "I'm going to have to numb the area first." Ruh roh. So that's what he did. After injecting my face with what seemed like three gallons of anesthesia — in reality, less than a syringe full — he made a small incision with a scalpel, then drained the pimple. Even with the numbness, I could feel the pressure and was glad I couldn't see the bloody scene.

From there, he injected the spot with cortisone and covered it with a small bandage. "It won't leave a scar," he said, "but it's pretty red right now." And off I went.

People claim that such shots can make pimples disappear overnight, but my results weren't quite that dramatic. The next day, I still had some redness at the injection sites. But the blemishes were much less obvious, and more importantly, they were no longer painful. The biggest benefit was the healing time; I had significantly quicker healing and less scarring than I had from earlier similar monstrosities. During the following month, I finally figured out the cause of my acne — more on this soon — so I haven't had many breakouts since then. For an emergency, though, I'd consider a cortisone shot again. If you have questions, ask them in the comments, and I'll answer!

Product Reviews
I Slept With This Cooling Comforter For a Week, and My Night Sweats Are Suddenly a Thing of the Past
by Sarah Wasilak 11 hours ago 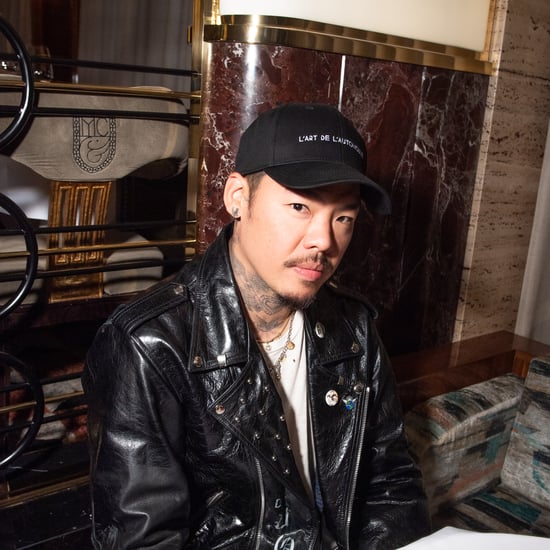 Beauty Shopping
The 21 Best Products For Glowy, Neutral Makeup, According to a Shopping Editor
by Macy Cate Williams 2 days ago 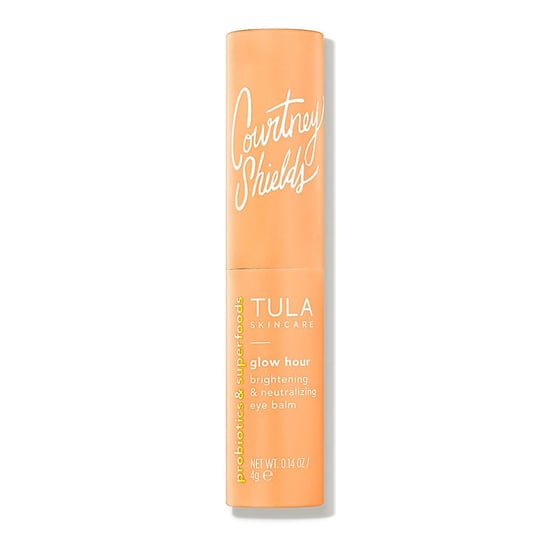