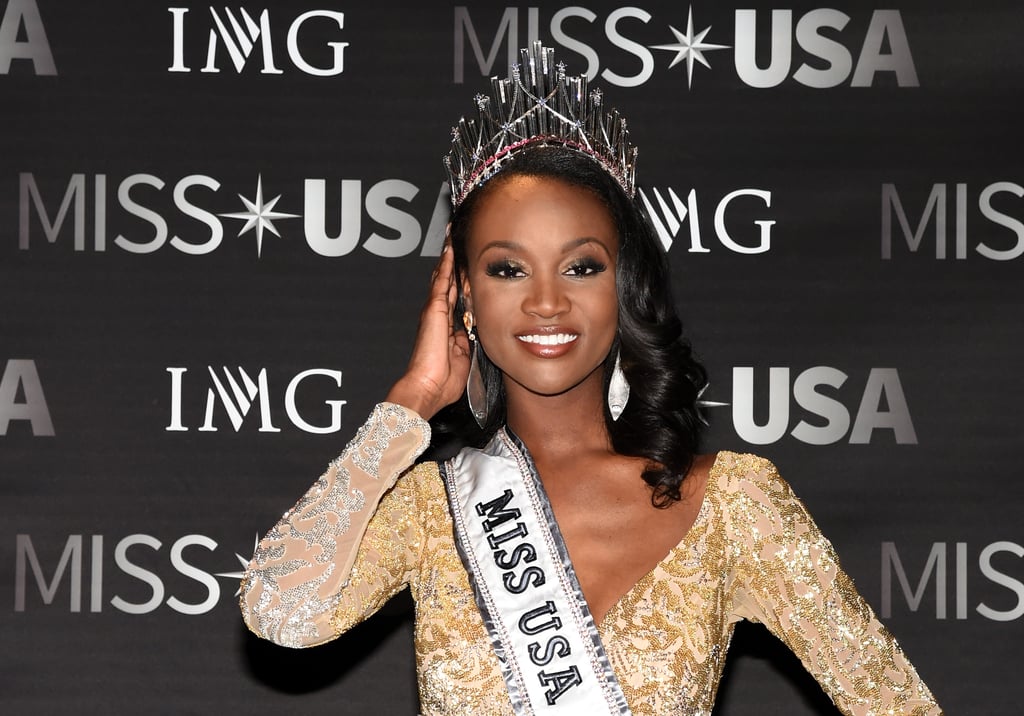 Deshauna Barber, IT analyst and United States Army Reserve, can now add Miss USA to her solid list of growing credentials. The 26-year-old pageant queen took home the prestigious crown and title on Sunday, making history as the first woman in the military to ever receive the honor.

Donning a metallic floor-length gown and loose tousled waves, Deshauna emotionally accepted her crown after poignantly defending the power of women in the military during the interview segment. Following her victory, Deshauna spoke backstage about her thoughts on the perception of beauty. She shared that she's always viewed beauty as an "internalized feeling," going on to explain that the participants of the Miss USA competition are so much more than just makeup and a pretty face.

Deshauna's win is not only a triumph for women vying to live their dreams, whether they are on stage at a nationwide pageant or in combat in the Army, but her success is also concrete proof that being strong and intelligent has been (and will always be) beautiful. Scroll through to see emotional shots from her victorious night and more snaps of the gorgeous new Miss USA.

Previous Next Start Slideshow
Beauty NewsMiss USA
Around The Web

The Bachelor
Curious What The Bachelor's Matt James's Skin-Care Routine Looks Like? We've Got You
by Jessica Harrington 8 hours ago