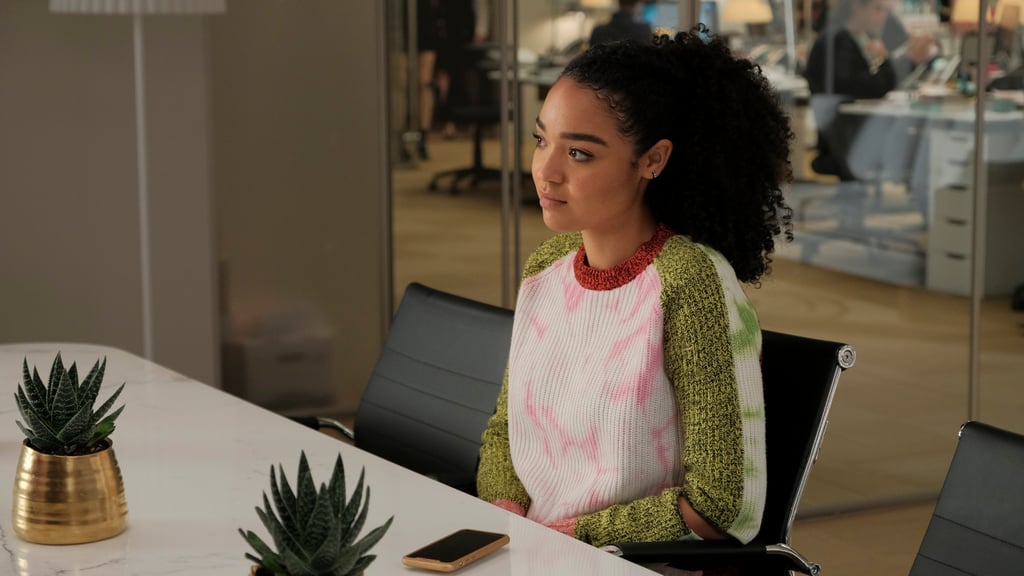 While Freeform's The Bold Type touches on important topics like body positivity, race, and women's health, the show also makes representation a huge priority. Kat Edison (played by Aisha Dee) graces our TV screens with different natural hairstyles every episode, adding to the laundry list of reasons it's worth watching.

From casual topknots to slicked-back ponytails, Edison continues to serve looks each season — whether she's simultaneously figuring out her sexuality or discussing her biracial identity. It's refreshing to see someone with thick, curly hair on television, especially when it's a powerful black woman in the workplace. Not once in the show is she judged nor discriminated against for embracing her natural hair, which feels especially important at a time when women of color are continually ridiculed for it in society. Although hair isn't the focus on the show, it's a small detail that makes a huge impact for viewers.

So for anyone who understands the struggle of maintaining your natural texture (or simply just fighting the urge not to wrap it into a pineapple every day), we've rounded up Edison's best hair looks on the show. It might just spark some new hair ideas along the way.

TV
If You Love Ted Lasso Like Dani Rojas Loves Football, Try Out These 14 TV Shows Next
by Amanda Prahl 15 hours ago