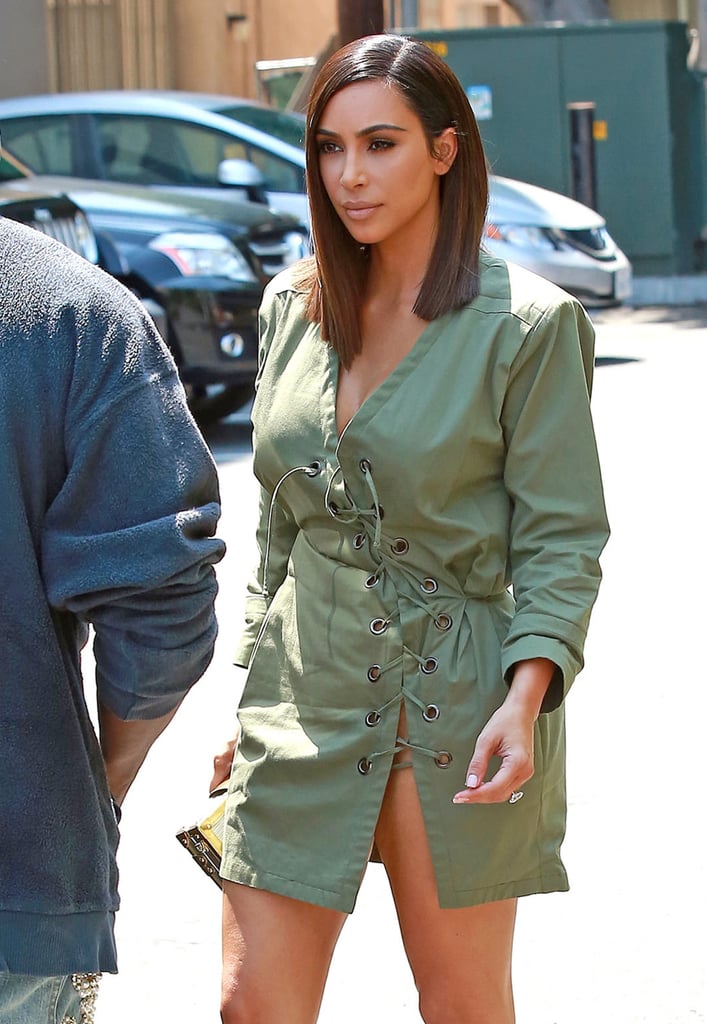 After first revealing it in a sensual video on Snapchat, Kim Kardashian stepped out in West Hollywood earlier this week rocking a new lob haircut. We were surprised by the style: it was a complete departure from the star's usual look. Instead of spotlighting her mane's volume or adding texture to her strands, Kim opted for a supersleek, blunt, asymmetrical 'do.

However, the wily media mogul fooled us all! The gorgeous look was actually a wig. "Everyone is saying I chopped my hair," she revealed in a post to her website, "but it's all an illusion!"

However, she did say that she has wanted to snip her strands "for SO long," so perhaps a true haircut is in her future.

We're still looking to Kim's wig as a source of inspiration, though! The style switch came courtesy of stylist Chris Appleton, who left Kim's hairpiece two inches longer on the right side of her head. The finished result was super edgy — a refreshing choice for the reality star — but still quite sophisticated, so we expect that Kanye West was a fan of the change, too. Read on to see the chic lob from all angles.