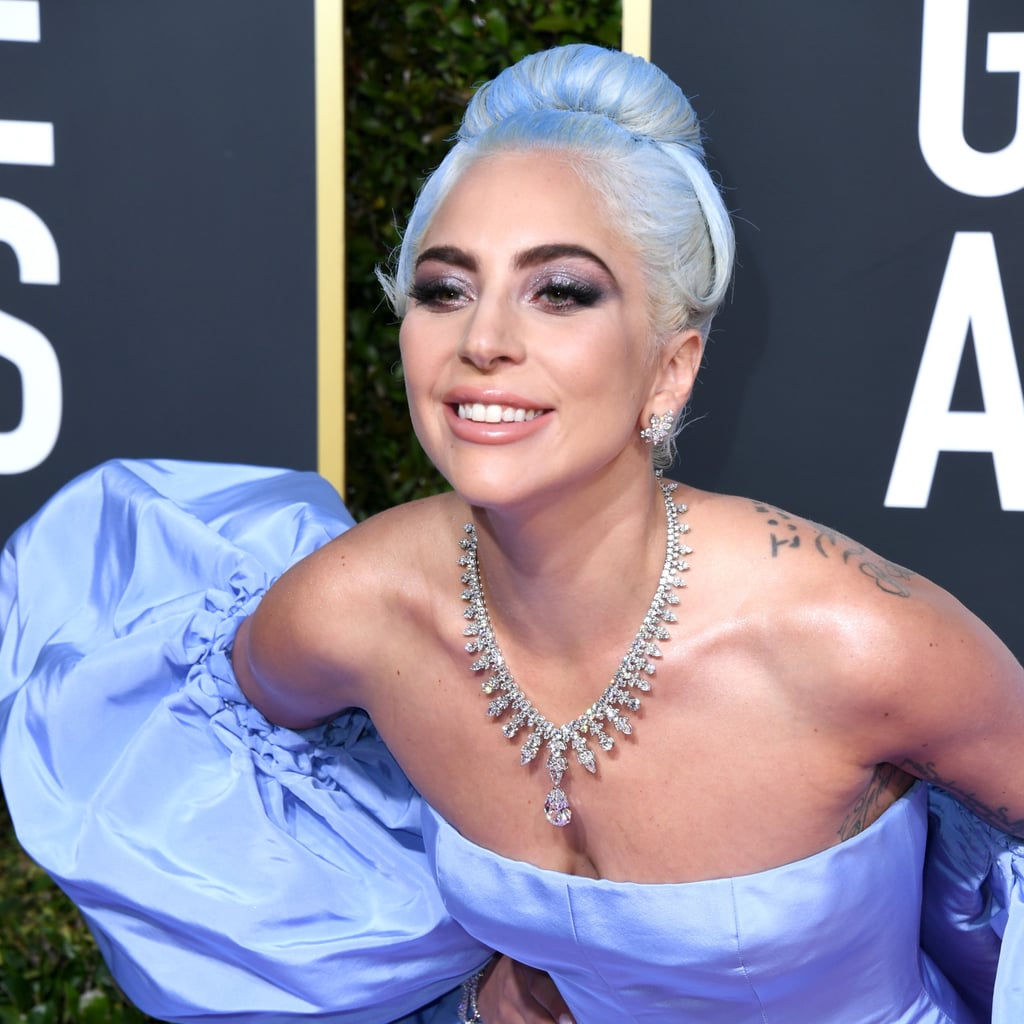 Is There a Deeper Meaning Behind Lady Gaga's Blue Hair at the Golden Globes?

Lady Gaga is no stranger to blue hair (or orange, or yellow, or pink. . .), but her soft pastel take on the color at the 2019 Golden Globes has everyone doing a double take — but maybe not for the reason you think.

While the look has plenty of people on Twitter and Instagram drawing comparisons to Disney's Cinderella — the sleeves! that train! — it's also eerily reminiscent of Judy Garland's lavender gown in the 1954 version of A Star is Born. Considering the fact that Bradley Cooper's iteration featured many modern tributes to the earlier films, you have to wonder if Lady Gaga's play on color was yet another nod to the past. And because this is Mother Monster we're talking about, she took it one step further, extending the periwinkle hue to her hair. Would you expect anything less?

Check out the similarities ahead, and remember: not everything is as shallow as it seems.

Red Carpet
Serious Question: How Do We Become Friends With the Cast of Harlem?
by Monica Sisavat 14 hours ago