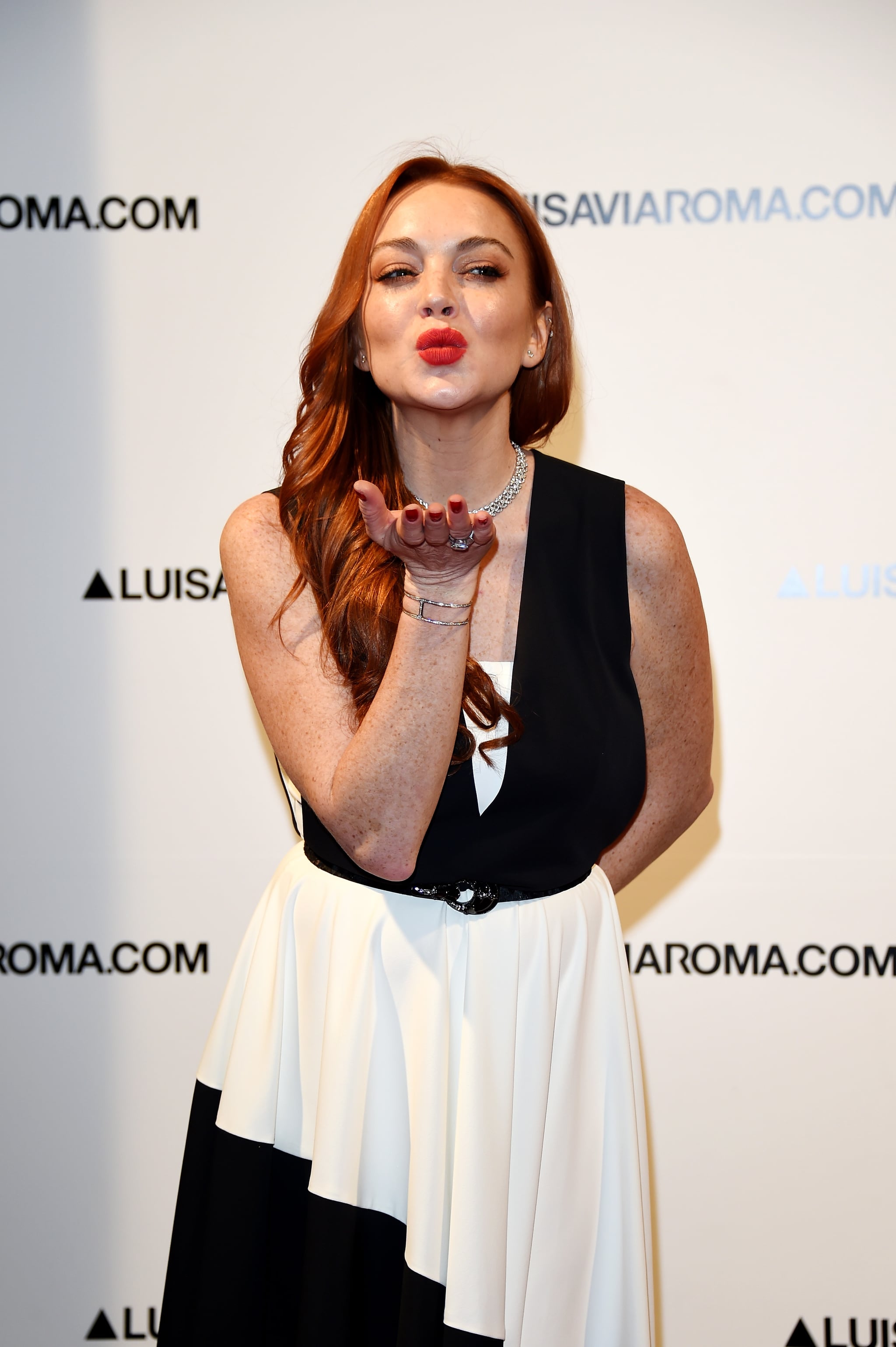 In case you were wondering, your girl Lindsay Lohan is currently living her best life. Somehow, in the midst of a jam-packed schedule that includes designing jewelry, owning a club in Athens, Greece, and building her own goddamn island in Dubai, the mid-aughts icon made time to sit down on The Wendy Williams Show. She dropped some major bombs about her personal life (relationship status: single and not looking) and sobriety, but what really caught our attention was her latest business venture. Get ready to party in your army pants and flip-flops, because the Mean Girls star is launching a makeup line.

Lindsay gave no specifics on the line, but the show did air an image of some of her products. We can see two lipsticks with shiny silver packaging that somewhat resembles Clinique's famous bullets. There were swatches on the side of the photo that could give hints to six colors Lohan's planning, most of which lie in the berry-red family.

It also appears that Lohan's a fan of K-beauty, as a cushion foundation compact is included in the lineup. There's also a smaller, single pan of what could be either tan shimmering eye shadow or a highlighter. 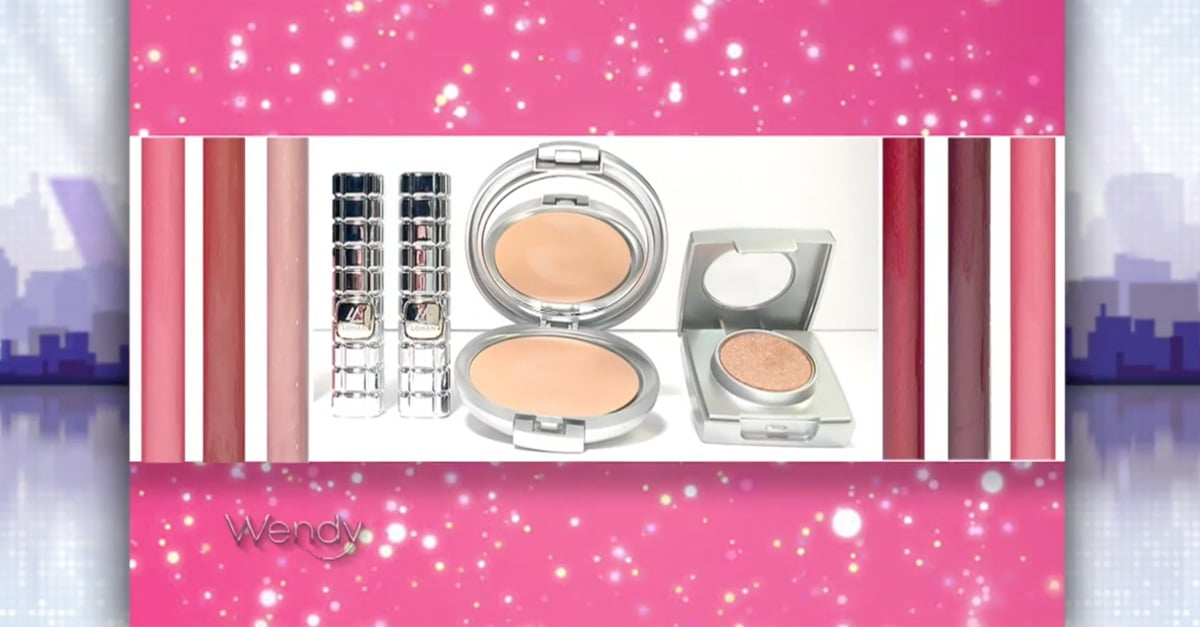 During her interview, Lohan told Williams that she'd speak more about her eponymous makeup debut "later" in the show but actually never brought up the topic again. But that's OK: we'll await the collection with bated breath. We just have one more thing to say to the former Cady Heron: You go, Glen Coco!

Related:
The Mean Girls Palette Is Finally Here, and It's, Like, Really Pretty 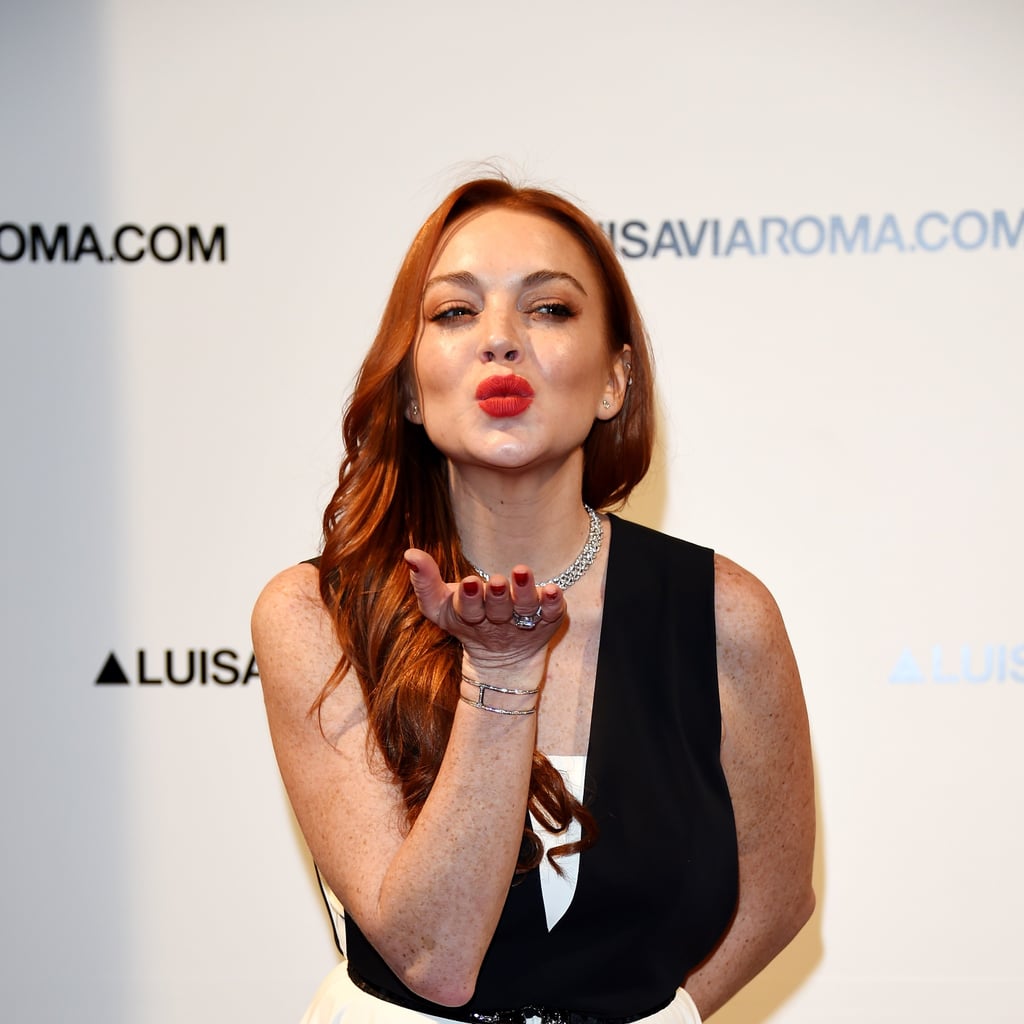