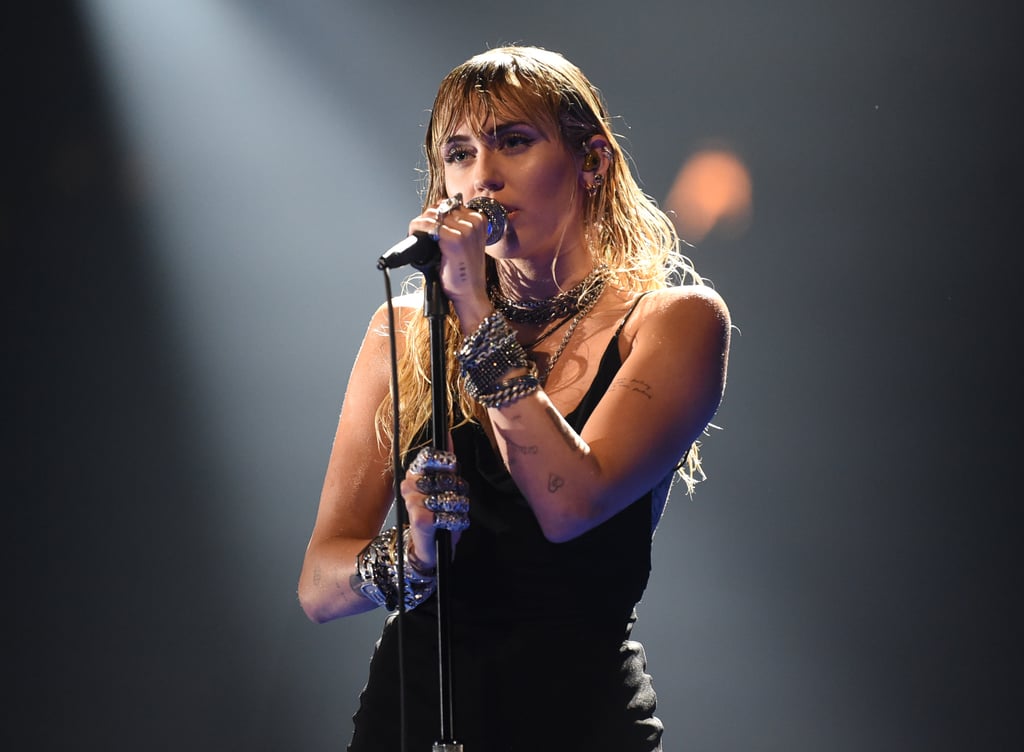 Miley Cyrus Has 2 New Tattoos, and 1 Is a Touching Tribute to Her Dad, Billy Ray

Miley Cyrus debuted two new tattoos at the MTV VMAs during a touching performance of her latest single, "Slide Away." Tattoo artist Winter Stone was responsible for the two additions to Cyrus's collection. The first is located on Cyrus's upper arm and reads "my head was feeling scared, but my heart was feeling free," which are lyrics from the 1990 song "The Thing" by the Pixies. The second was a tattoo to honor her dad, Billy Ray Cyrus, with his birth year, "1961," on her hand.

These are the star's second and third tattoos in the last week. She recently got a tattoo of the emblem of Visconti, a noble family in Milan, after a trip to Italy with reality star Kaitlynn Carter and sister Brandi Cyrus in mid-August. Cyrus's new ink comes after her recent split with Liam Hemsworth.

Check out Cyrus's new tattoos at the VMAs ahead.

Beauty News
Kehlani on Removing Their Breast Implants: "I Always Felt Like I Was Looking For 'Beauty'"
by Perri Konecky 1 day ago

by Angelica Wilson 23 minutes ago