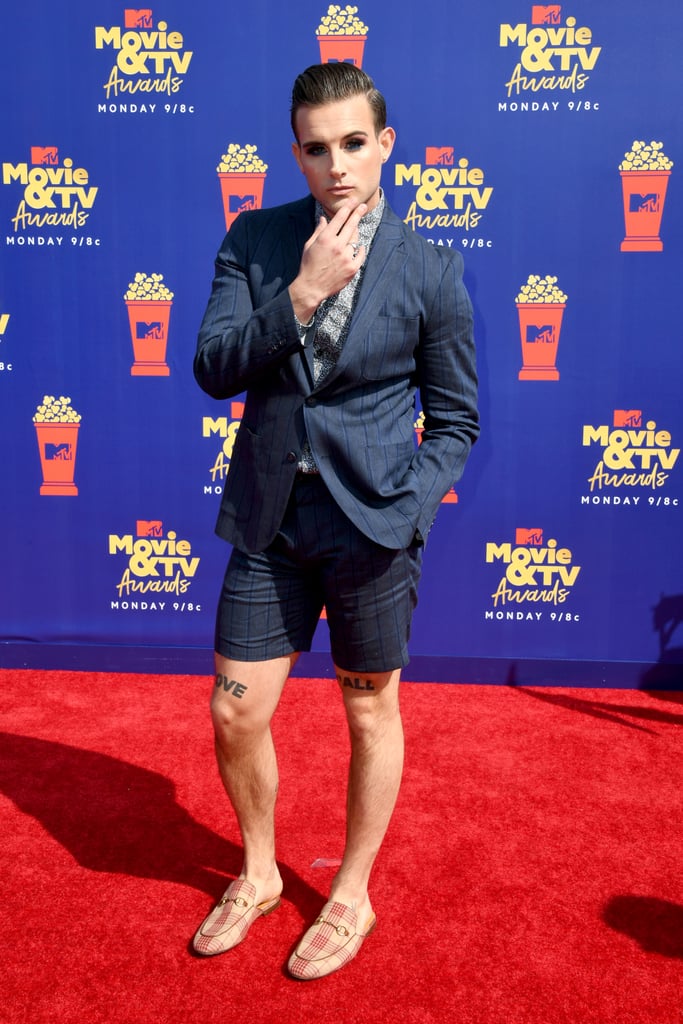 Nico Tortorella arrived at the MTV Movie and TV Awards in full glam, and we couldn't be more excited. The 30-year-old actor, who is best known for playing Josh on TV Land's Younger opposite Sutton Foster and Hilary Duff, walked the red carpet in what appears to be foundation, cobalt-blue eyeliner, and false eyelashes.

The actor arrived and took photos with YouTube personality Manny Gutierrez, who had previously mentioned in a video that he was doing makeup for a celebrity for the awards and joining them as their date. A representative for the influencer has confirmed that he was responsible for Tortorella's look.

Check out his makeup look ahead.

Beauty News
What to Know About Nape Piercings, According to a Pro
by Jessica Harrington 20 hours ago