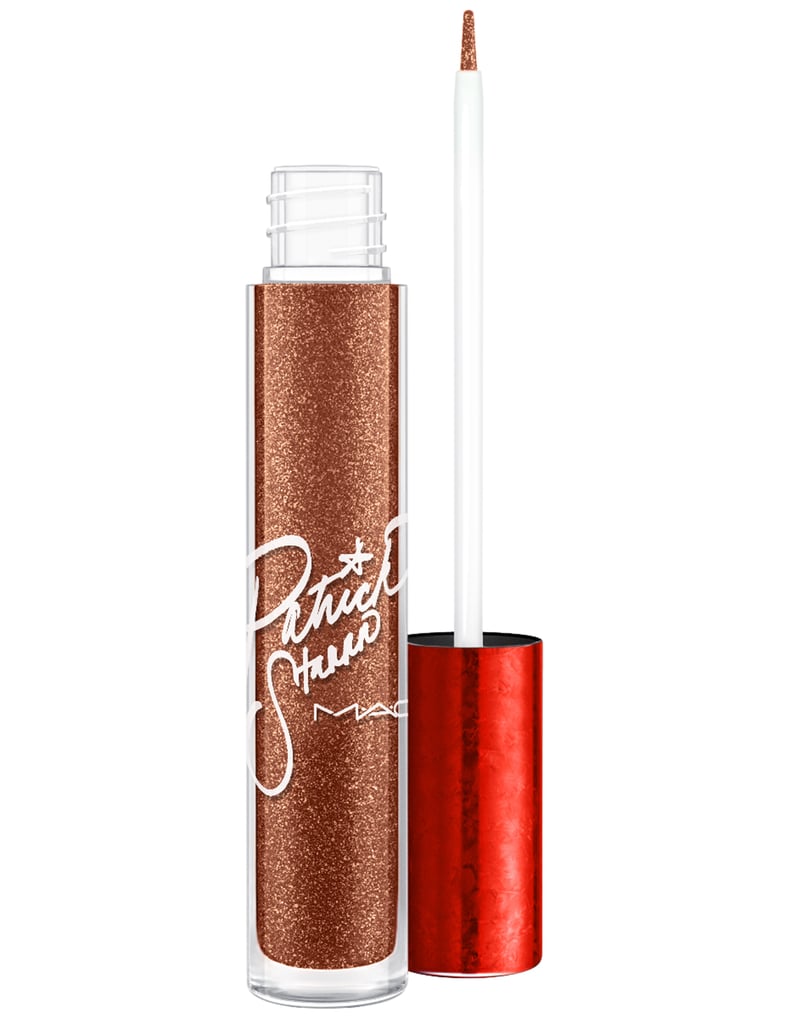 Patrick Starrr is releasing his final collection with MAC Cosmetics, and he's here to take you on the ultimate slay ride. The 16-piece collection will include three matte lip shades (neutral beige, pink, and red), five glittery lip glosses (in gold, brown, peach gold, red, and purple red), two eye shadow palettes (with six shades inside), three loose pigment pots (in peach gold, bronze, and coral), one highlighter (a reflective gold with flecks of sparkle), and his previously released Patrick Powder (a translucent mattifying powder). The names of each shade (like Hot Coco Bish and Shady Santa) were thought up by Starrr himself.

The collection will be Starrr's fifth release with MAC Cosmetics. "It celebrates style, fashion, and beauty in one, and allows you to play with texture," he told POPSUGAR. "You might want your signature red lip and bronze shadow for the holidays — I get that — so if you don't want to play with color, you can play with texture. Throw on some Dazzleglass and pigment to spruce up those looks."

With this collection, he said, "fashion and function were most important. Being a man in makeup, function is so important because the skin texture of men can be more porous and textured. I wanted a powder that was so micronized, had the right color, and gave a beautiful finish all at the same time. Also, having come from being a YouTuber and filming in HD, I wanted something that wasn't too heavy and would make makeup look cakey."

Keep reading for a preview of the entire collection before it's available on counters and MAC's website on Dec. 3.

Holiday For Kids
'Tis the Season on Disney Channel! All New Holiday Episodes Begin Airing on Nov. 28
by Alessia Santoro 3 hours ago