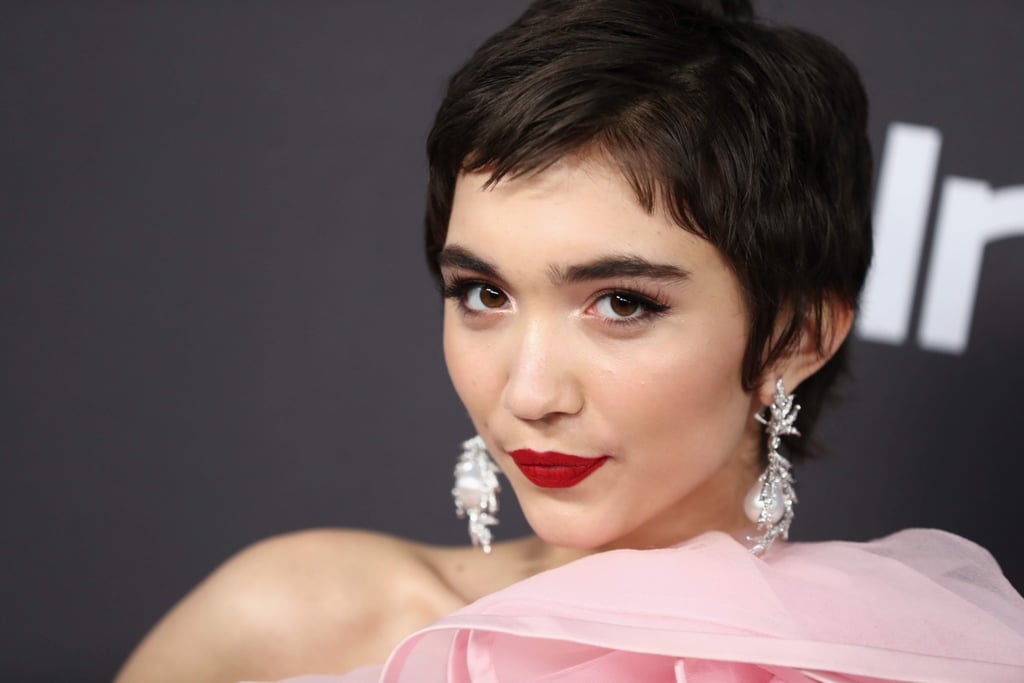 If you were already considering a pixie cut, Rowan Blanchard's new hair will inspire you to take the plunge. The A Wrinkle in Time actress debuted a brand-new look at the Golden Globes on Sunday night after chopping nine inches off her lob, and it couldn't look better.

Not only does Blanchard look incredibly chic, but the 17-year-old also revealed that the style had a deeper impact on her. She told hairstylist Laurie Heaps, who gave Blanchard the cut ahead of the Globes, that it "actualized her identity." Heaps shared the cut on Instagram and wrote, "That's when I knew I had done something really special. These are the moments I live for in my work." There's something about getting the perfect haircut that makes you feel your best from the inside out. See more photos of Blanchard's new look ahead, and then find out why it'll be one of the most popular hair trends of 2019.

Related:
The Biggest Hair Color Trends Around the World Will Give You a Case of Wanderlust
Previous Next Start Slideshow
Rowan BlanchardBeauty NewsCelebrity BeautyHair