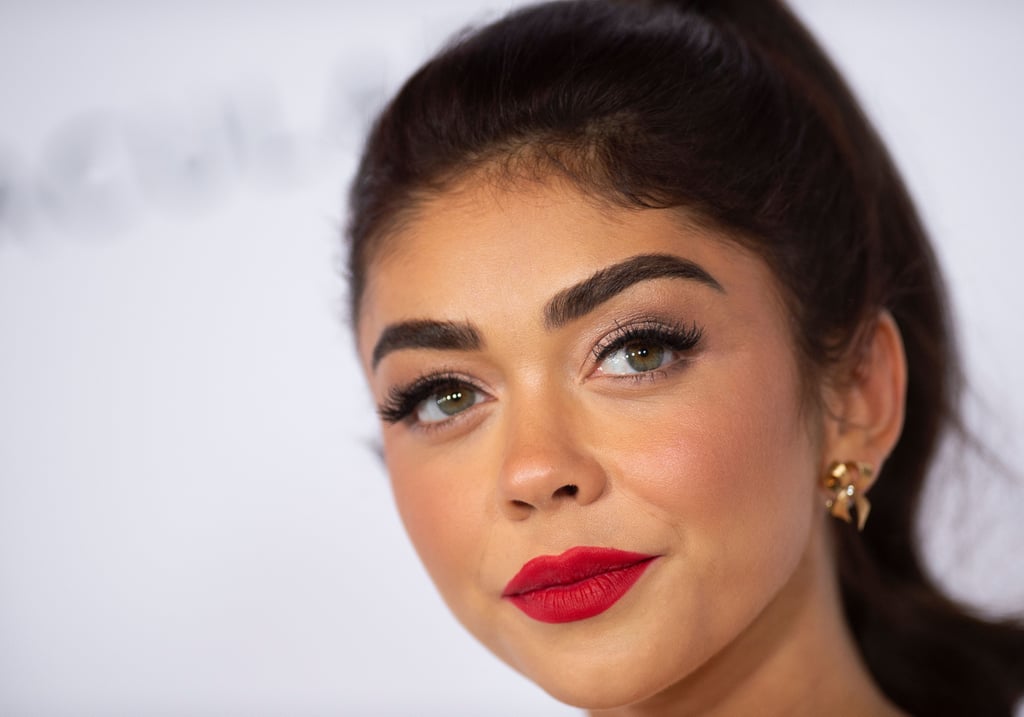 There's something about Sarah Hyland. Resilient in the face of a 26-year battle with kidney failure, thoughtful, accomplished, audacious, and, yeah, pretty freaking hilarious — all rolled into one. She's of the rare breed with that no-holds-barred authenticity you seldom see in Hollywood (or anywhere, for that matter).

Here, we'll prove it. During a recent Olay interview with the actress, in between sound bites like "Ugh, I have so many freaking beauty products it's insane," and in response to POPSUGAR's post about her new and trendy shag haircut, she laughs and says outright: "Here's the thing, it wasn't really a haircut — we just took out my extensions. How did you think I grew two feet of hair?"

(In our defense, she also added, "everyone is used to seeing me with extensions as Haley Dunphy [on Modern Family], but then it's gone as soon as a season ends.") Hyland tilts her head back at the thought and lets out a cackle so soft, you might mistake it for a snort. To no surprise, she kept with that stream of honesty as she shared everything from her approach to self-care to the beauty products boyfriend Wells Adams steals from her stash, ahead — which will all but convince you she's one other thing, too: refreshing.

Beauty News
Tia Mowry's Famous Friends Are Swooning Over Her New Blond Hair and Bangs, and So Are We
by Victoria Messina 3 hours ago

Beauty News
Nikki Wolff on Becoming KVD Beauty's Global Lead: "I Get to Live My Childhood Fantasy"
by Tori Crowther 4 days ago