Originally posted on Literally, Darling an online magazine by and for 20-something women, which features the personal, provocative, awkward, pop-filled, and pressing issues of our gender and generation. This is an exact representation of our exaggerated selves. 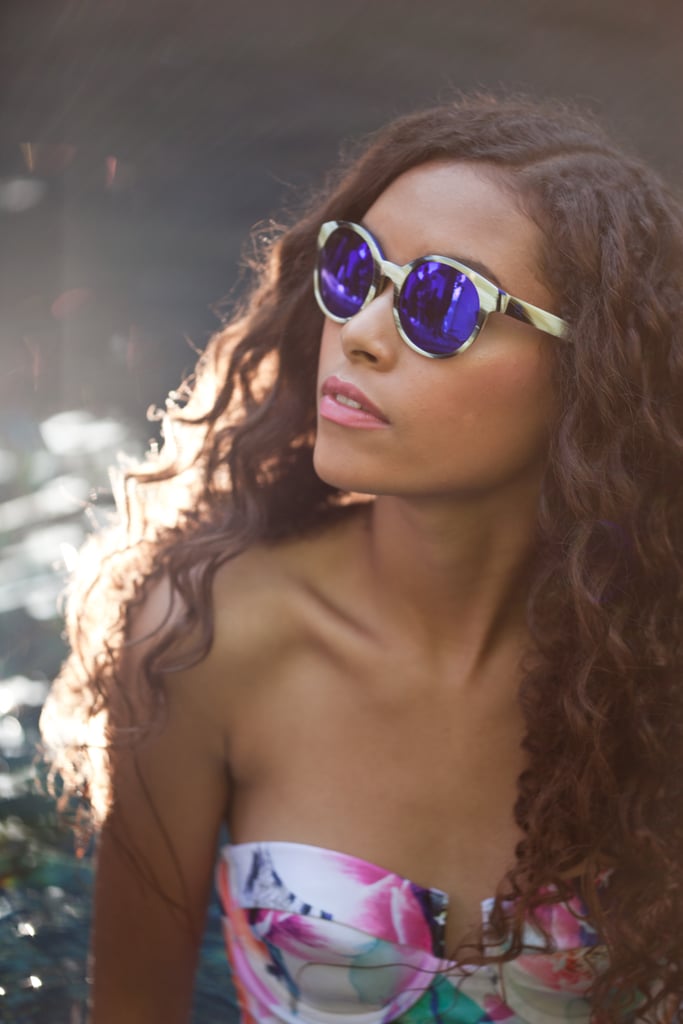 There were times in middle school that I longed for a thin pout, a delicate Cupid's bow with a graceful arc. My nose felt bulbous and unrefined when before me, my mind dangled snapshots of the perky, narrow noses that daintily perched on the faces of other girls revered for their beauty at school and in the mainstream media. Once during a bad-hair day, a white girl in my class lamented that her hair looked "soo nappy." Hearing a word usually used to refer to the coarseness of black hair used to denote ugliness, I felt humiliated.

Never could I have predicted that a few years and a few lip injections later, celebrities and style icons would transform the fuller lips that have been mocked and caricatured for ages, making me feel so uncomfortably conspicuous, into something so coveted. Never did I foresee that this feature would be attributed to figures who looked nothing like the women it had come to be associated with, wearing the moniker of a white woman, being dubbed "Kylie Jenner lips," marketing this evidently breakthrough look through torturous-looking suction cup devices claiming to give you the Kylie look or makeup tutorials promising that simply coloring outside of the lines with lip liner will do the trick.

The Kardashians have a penchant for posting provocative photos on social media. Most recently the youngest member of the not-so-camera shy Kardashian-Jenner empire Instagrammed a series of photos of herself looking quite unlike herself — one of which she later deleted. The comments below the snapshots of a much darker-looking Kylie praised the images' innovativeness, gushing, "This is art!" while others immediately noted her darker complexion and berated it for its resemblance to blackface. While the otherworldly lighting, slightly iridescent skin, and magenta tresses may suggest a different goal and a meager attempt at creativity (yet highly insensitive styling), with her drastically plumper lips and much fuller derrière, it is hard not to acknowledge that Kylie Jenner is undergoing a sort of familiar transformation, and this is certainly a trend that extends far beyond the realm of Kardashian-Jenner antics.

We live in a world in which black features are only beautiful on the face and body of a white woman. She can wear the cornrows and the full lips without donning the history and the stereotypes. It is artistic and fashionable for a white woman to look dark in a society that significantly lightens the skin of an already quite fair, already very fierce Beyoncé on magazine covers. In high school, white girls would diligently labor over their tans and then extend their arms out next to mine. "I'm trying to get as black as Lauren!" they'd declare. They'd claim that they wanted to get as black as me, but they certainly didn't want to be black. Black beauty isn't being acknowledged and appreciated in such instances, it is merely regarded as a costume that can be donned at the wearer's disposal. Like a toy chest of Mr. Potato Head accessories, it is a collection of features to be picked through, choosing the few that are deemed worthy and discarding and degrading the rest.

Our society is constantly imposing "white" standards of beauty upon us, shaming us for our inevitable differences. Even if you must be a black woman, you are pressured to at least appear as white as possible. The lighter the skin, the straighter the hair, the closer you come to meeting the standards. That way you can at least be "pretty for a black girl." It's acceptable to look a little "black" but not too much. We live in a world in which skin is lightened with creams and computer programs. Yet despite all of this pressure to adhere to these white beauty standards it is OK for a white woman to take on a more "exotic" guise. It is more beautiful for her to flaunt a couple of these features because she sets the precedent and because at the end of the day she is still white.

Black beauty is only acceptable in certain contexts or in small doses. Keep the full lips, leave the coarse, high-maintenance hair. Cornrows are called edgy, innovative, and epic when the braids sit above an alabaster face, but are "ratchet" or ghetto on a black girl. Only when bearing the seal of approval from high-profile celebrities and style icons are these features deemed acceptable or beautiful.

I have grown to love my features, not because the whims of fleeting trends tell me that I am allowed to, but because wishing to be anything different is an affront to who I am. Because there is something beautiful in the curves and hues that contribute to the woman I see in the mirror. Because I'm not going to let someone else tell me what I can and cannot love about myself. It is impossible to be asked to comply with a set of standards that fail to acknowledge diversity. Its time for black beauty to be celebrated in its entirety.

Personal Essay
I Have Depression and Anxiety, and COVID-19 Has Taken an Emotional Toll
by Jenna Wirth 13 hours ago

Personal Essay
Even If College Is Open in the Fall, I'm Not Sure I Want to Go
by Sarah Nunez-Lafontaine 18 hours ago

Healthy Living
I Used a Yoga and Meditation App as My Alarm For 2 Weeks, and It Changed Everything
by Maya Garabedian 2 days ago

by Samantha Brodsky 14 minutes ago