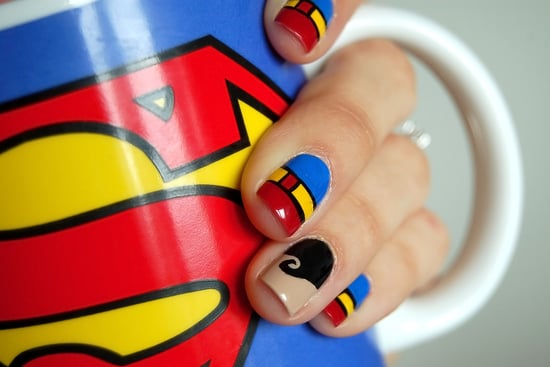 All the talk about the upcoming Batman versus Superman flick has been striking quite the interest in comic-inspired nail art, and we've found four clever ways to deck out your digits with the DC Comics hero. The above look from honeymunchkin features four nails with a belt design and an accent nail complete with the superhero's famous coiffure. It's a quirky way to showcase Superman's secret identity.

For the more advanced nail guru, try creating a pop-art nail look like this one from nail artist Naomi Yasuda. The intricate design features the Superman symbol along with comic book-inspired motifs for a visually stunning result. To cheat the style, try cutting out nail-shaped sections from an actual comic book, applying a generous coating of clear nail polish to set your work.

April Brooks of Concrete and Nail Polish developed this sparkling manicure with Zoya PixieDust ($9 a bottle) for a glistening matte finish. The off-center Superman logo on her ring finger adds more interest than a standard logo painted right in the middle of the nail. Plus, the traditional Superman shades, when paired with an unexpected pop of shimmer, makes for one truly knockout look. 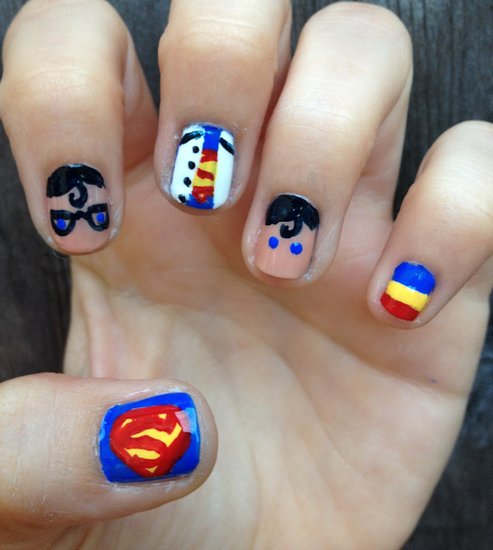 For a nail design inspired by both Superman and his alter ego, Clark Kent, Cara and Kate of Miscellaneous Manicures conceptualized an adorable nail art design featuring both characters. From Clark's black-rimmed glasses to Superman's spandex uniform peeking out under that signature white button-down, this alter-ego manicure is twice as nice.

NailsSupermanNail Art
Around The Web 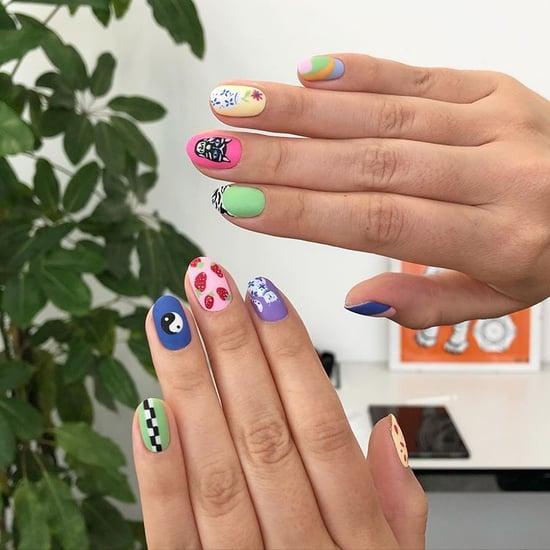 Beauty Trends
If You Have Trouble Committing to 1 Design, the Mismatched-Nail-Art Trend Is For You
by Jessica Harrington 3 hours ago 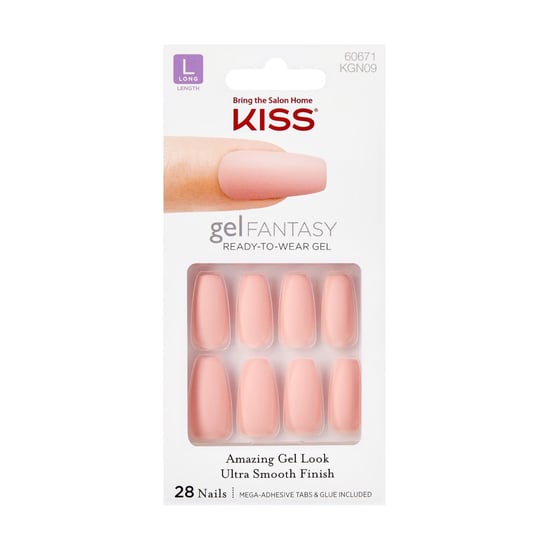 Selena Gomez
Selena Gomez Is the Queen of Simple Yet Chic Nail Looks, and We Want to Copy Them All
by Jessica Harrington 6 days ago 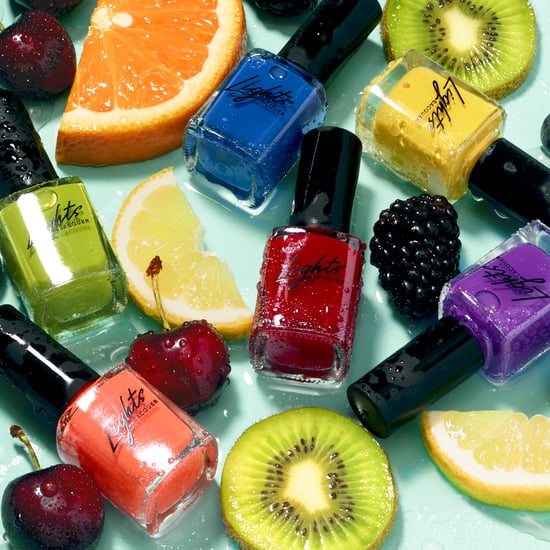 Summer Beauty
Get Ready to Give Your Mani the Tropical Summer Vacation It Deserves With KathleenLights' Nail Polish Collection
by Maria G. Valdez 2 weeks ago