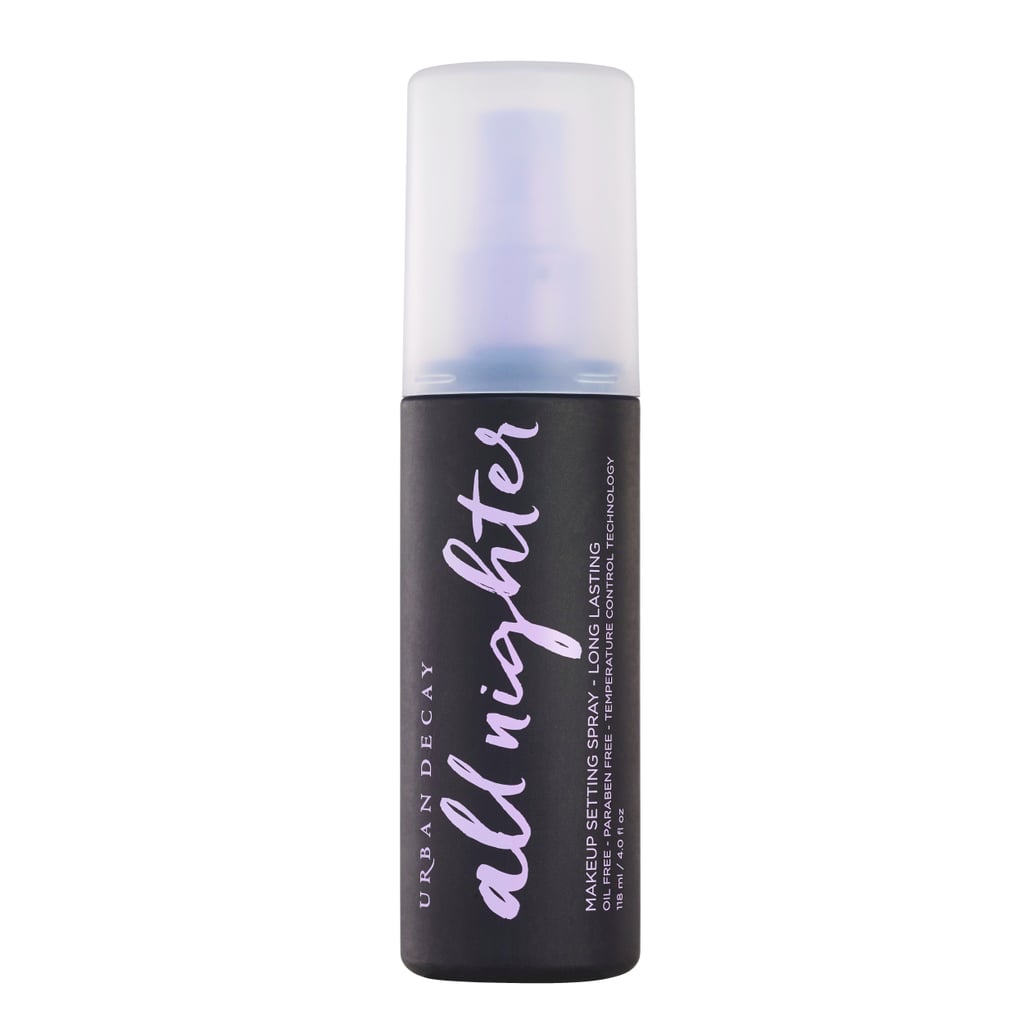 Half of the battle of wearing makeup is getting it to last. Sometimes I feel like my face eats makeup! I will apply blush and 10 minutes later, it's gone. Thanks to the recommendation of POPSUGAR Beauty editor Emily Orofino (who is like a mini makeup artist in her own right!), I have been using primer and setting spray to fix this daily disappearing act. Urban Decay has been my go-to for eye shadow primers and face mist setting spray. The sexy, meant-to-last-all-night makeup brand is known for also supplying the tools to keep your party face in tact.

Urban Decay just revealed via Instagram that its prime and set collection is getting some new additions next year. Come January 2017 (available online and in stores at Sephora, Ulta, Macy's, and Urban Decay), expect five new Complexion Primers, each one created to target different skin concerns. The lineup includes primers called Bright & Tight, Urban Defense, Optical Illusion, Self-Adjusting, and De-Stick. It also appears that they will have color-correcting properties.

We've also learned that existing All Nighter, Chill, and De-Slick Setting spray are getting a makeover. Instead of their existing white-and-purple packaging, the cult favorites will be housed in a sleek black bottle with white script writing. There are also two newbies: the B6 and Quick Fix Setting Spray. Keep reading to see images of the new products!

Tina Knowles-Lawson
Tina Knowles Curls Her Hair With a Stove Iron, So Excuse Me While I Hold My Ear
by Danielle Jackson 2 days ago