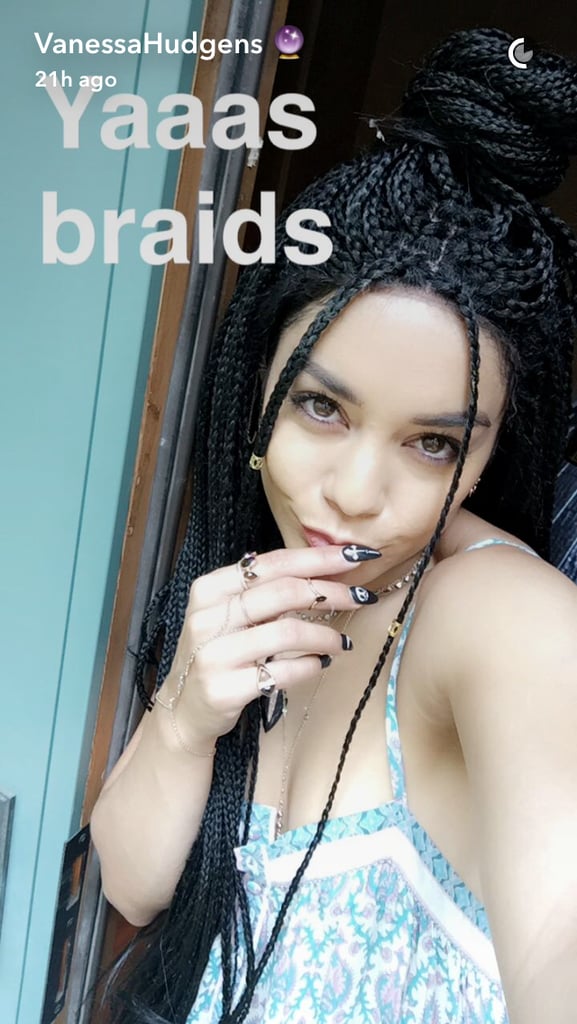 After sharing a selfie on Snapchat, Vanessa Hudgens has outraged some of her fans. In the shot, it appears that the Gimme Shelter actress is wearing a lace-front wig styled with box braids, a plait popular among black women. People immediately took to Twitter to voice their concerns over her look, claiming it is cultural appropriation.

This is not the first time Vanessa has been accused of this — she has been spotted wearing bindis at music festivals, and most recently, wore dreamcatchers as hair accessories (though some were quick to point out that Vanessa herself is part Native American).

So far, the star has remained silent on her new look. Keep reading to see some more shots of her hair, then pore over some of the enraged tweets to form your own opinion.

Beauty Interview
Insecure's Hairstylist Is Right: This Show Moved the Needle For the Natural Hair Movement
by Natasha Marsh 4 hours ago

Halloween
Snapchat's Getting Spooky For Halloween With All-New Lenses, Bitmoji Costumes, and Map
by Haley Lyndes 1 day ago