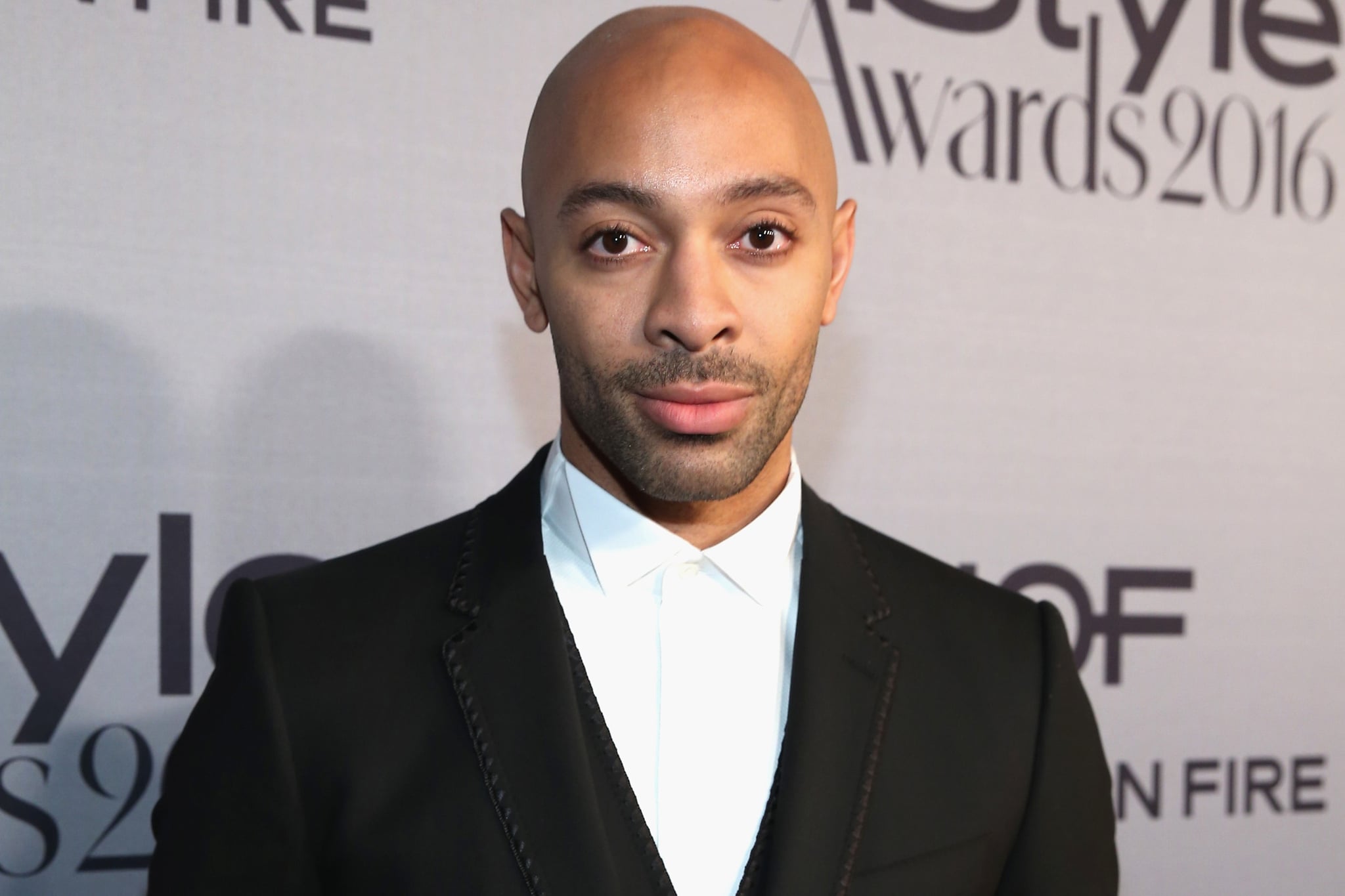 There are a lot of fabulous celebrity makeup artists out there who deserve a shout-out for making life a little more beautiful . . . but there's only one Sir John. And Beyoncé's exclusive beauty guru is having one heck of a week. Sir John, who is an ambassador for L'Oréal Paris, is more than just one of her closest friends and the creative wiz behind many of Beyoncé's incredible looks, including eight of the videos in Beyoncé's Visual Album. Rumor has it he may also be the inspiration for her newborn son's name.

As you've probably heard, Bey recently shared the first images and names of her twins, Rumi and Sir Carter, who were born on either June 13 or 14. While Rumi (which means "beauty" and "lapis lazuli") has become a somewhat popular name, the same can't exactly be said for Sir. As adorable and royal (and, therefore, totally appropriate for Queen Bey and JAY-Z) as it sounds, "Sir" is uncommon enough for us to speculate on his namesake, and lots of fingers are pointing straight at her long-time makeup artist.

So, who is Sir John? For starters, InStyle's 2016 Makeup Artist of the Year, whose real name is indeed Sir John Barnett, is a trained artist who has been known to refer to unusual inspirational sources like Polish art-deco artist Tamara de Lempicka when creating storyboards for Beyoncé and other celebs' makeup looks.

Sir John grew up in upstate New York and has been taking art classes since he was 6 years old. Makeup happened by mistake, he revealed to Fashionista, and only after a model friend of his at college in Atlanta enlisted his help. The photographer on the shoot admired the then-18-year-old's skills and began booking him for makeup jobs. At the time, Sir John says he didn't even realize beauty could be a career.

Like many great makeup artists, Sir John honed his craft while working at the MAC Cosmetics makeup counter in New York City's Soho Bloomingdale's. Also, like many young adults, Sir John was fired from his first major job for being late, and the experience led to a temporary career change in visual merchandising at big-name luxury stores like Bergdorfs, Barneys, and Gucci.

But makeup was in the stars for Sir John . . . as was a chance encounter with fellow makeup maven Pat McGrath that would change his life forever.

After a friend introduced the two, Sir John traveled to Milan to work with McGrath backstage during Fashion Week. On that same fateful trip, he got the opportunity to work on the beautiful face of his first beautiful celebrity client: supermodel Naomi Campbell. After a year with McGrath, Sir John began working as an assistant for Charlotte Tilbury, who he still considers a mentor, and quickly began racking up a list of impressive jobs and celeb clients that now include Joan Smalls, Ashley Graham, Kim Kardashian West, and Karlie Kloss (though the list goes on and on). Thanks to Tilbury, he also met the woman who would become his muse.

Sir John's first encounter with Beyoncé took place at Tom Ford's 2011 Womenswear, after Tilbury (who he has said didn't really know Bey) informed him he'd be doing the icon's makeup that day. Sir John admits he was crazy nervous (who can blame him?!) and, knowing she was already working with the uberpopular makeup artist Francesca Tolot, figured he'd never see her again. But Beyoncé loved his work, and patience proved the ultimate virtue for Sir John: about a year later, Sir John was offered a contract to work as Bey's exclusive makeup artist. From that day forward, a million looks were born.

Can we take a moment to talk about some of those looks? There was this golden (and heavily pregnant) goddess at the 59th Annual Grammy Awards; and this stunning look on Bey during The Formation World Tour, where glowing, radiant skin was clearly the focus. And, because no great artist can please all of the people all of the time, don't forget this controversial dark-eyed look at the Met Gala.

As the entire world learns more about Sir John's work and continues to speculate on whether he is actually the inspiration behind Bey's son's name, the beauty universe has long considered him a reigning king. Thanks to Bey, the rest of us are finally catching on.

Celebrity Families
In a Rare Interview, JAY-Z Shares His and Beyoncé's Most Important Parenting Tip
by Alessia Santoro 2 weeks ago