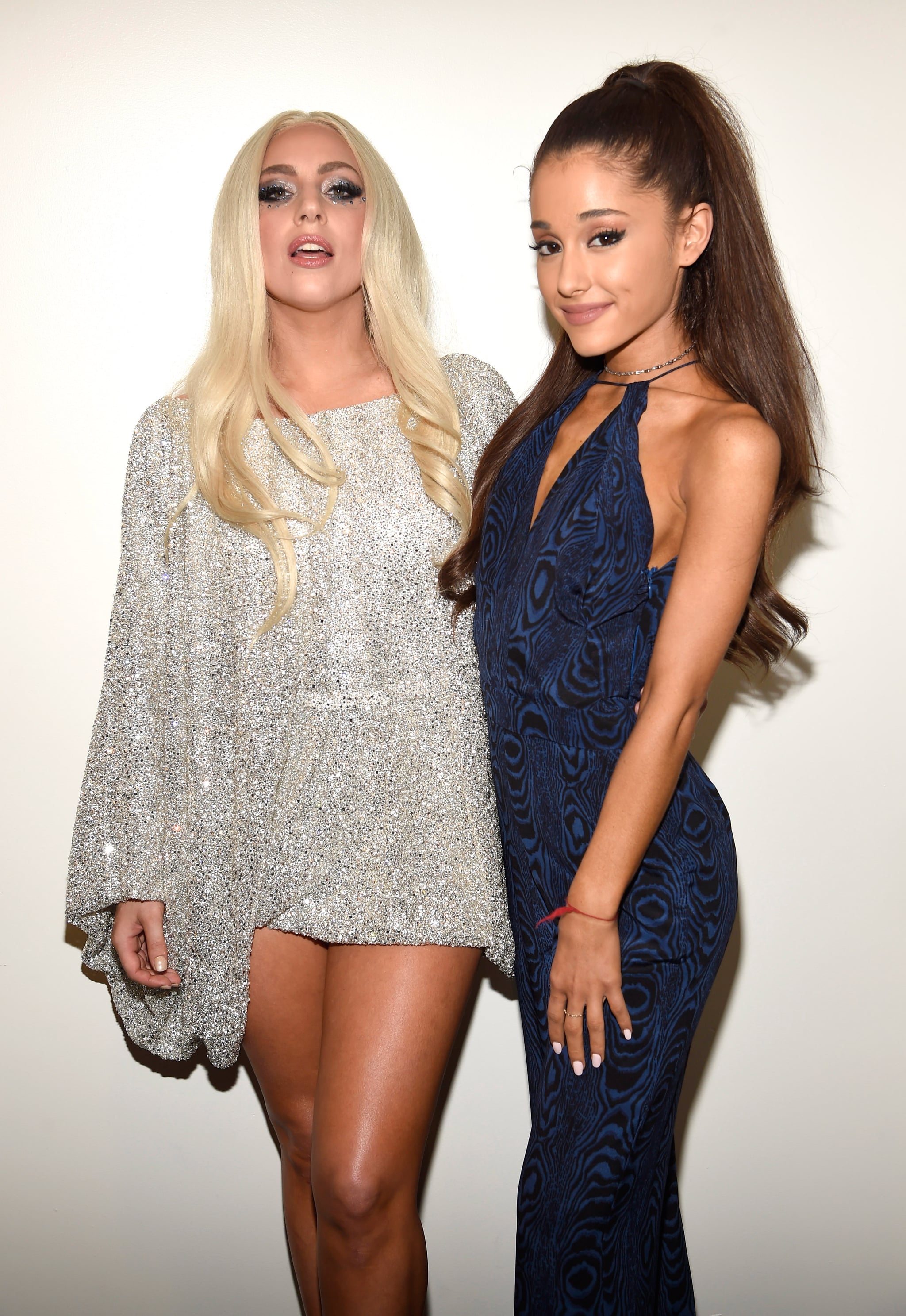 Have a mystery you need solved? We suggest enlisting help from dedicated Ariana Grande stans, because they really know how to bust out their detective caps and sleuth like experts. This week, all it took was one simple manicure photo for Arianators to start hypothesizing about the possible hidden meaning behind it — and honestly, we think they might be onto something.

Here's the scoop: On Wednesday, Grande shared an Instagram Stories snap of her new nail art, tagging mysteriously private account @bettyinacherry, who also seems to be the "freelance nail artist" behind another account, @nailanatomy. The design in question features a blush-pink color decorated with shimmery, iridescent specks, a few of which appear to be shaped like mini clouds. Take a look for yourself. 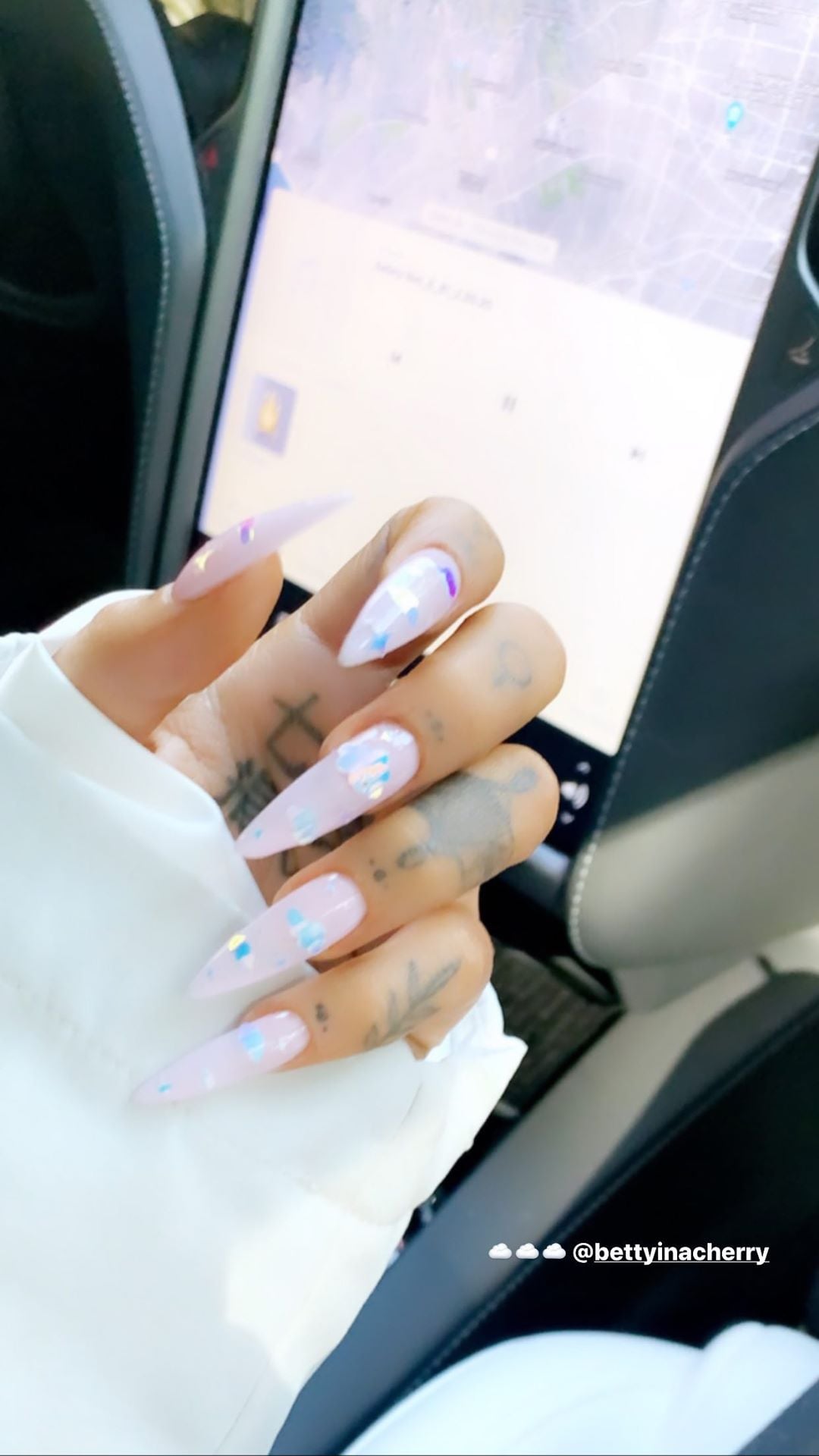 As soon as fans caught a glimpse of the singer's dreamy mani, theories started spreading about how it may hint at a possible collaboration for Lady Gaga's Chromatica album. A wild claim, we know — but let's dive into the evidence, shall we? As plenty of fans have pointed out on Twitter, Grande apparently never has nails of this length and with this sharp, stiletto shape, typically opting for much shorter french manicures. What's more is that Lady Gaga commonly opts for this exact nail shape.

Ariana hardly ever has her nails done like this, they’re so long. They’re always smaller, this is definitely for the Gaga X Ariana collab music video. It just has to be @ArianaGrande @ladygaga pic.twitter.com/Oio77jaJpI

To top things off, Arianators have noted that the pink and iridescent color scheme of her nails match the vibe of Gaga's upcoming sixth album, especially that of her recent music video for "Stupid Love."

Ok y’all I’m beginning to believe this rumor Ariana is on #Chromatica cause these nails definitely fit the theme pic.twitter.com/3Wzokxv1JC

More clues point toward a collab between Ariana and Lady Gaga - Grande’s nail post matched Gaga’s tribe symbol; Justin Bieber was announced as an #iheartaward performer and Dance Moms’ Abby Lee saw him at the dance studio with Gaga & Ariana.

i had a dream about the Gata x Ariana collab and in the video ariana was a mermaid with a tail coloured exactly like her nails she looked so good omg pic.twitter.com/An8brlPgV8

Regardless of whether the rumors are true, I think we can all agree Grande's latest nail look serves up some serious manicure inspo. Here's to manifesting a Gaga x Grande collab into existence!