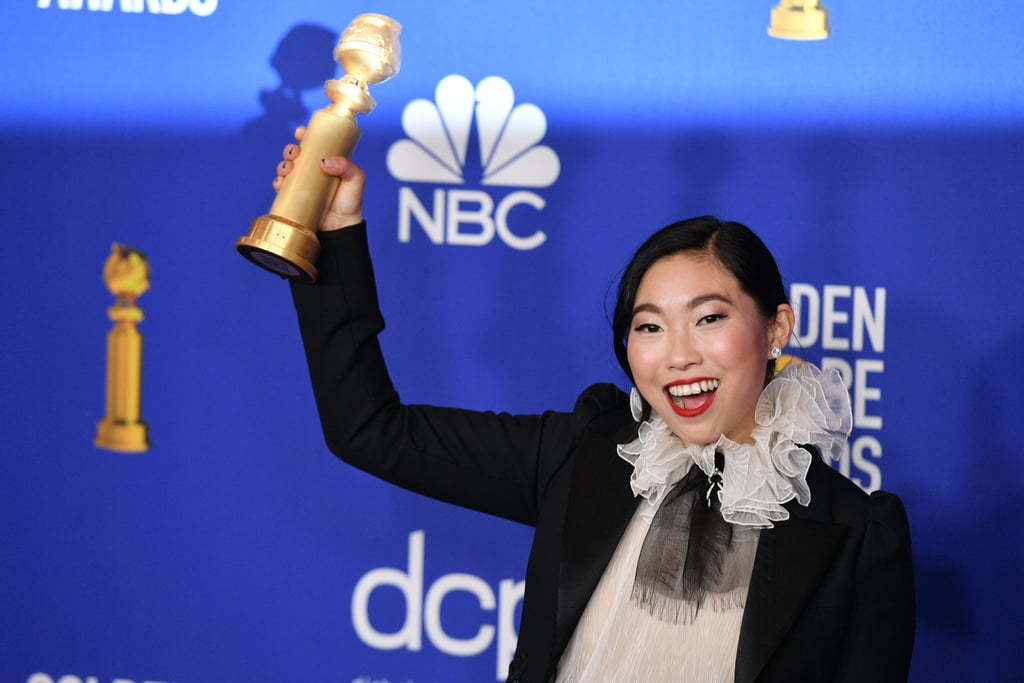 Awkwafina put a modern spin on a few classic fashion and beauty staples at the Golden Globes on Sunday night. Before making history as the first Asian actor to win the award for lead actress in a movie comedy/musical, the Farewell star hit the red carpet in a black and cream Christian Dior gown with a ruffled collar that she wore under a black blazer.

She paired the dress with an untraditional nail look, the "french moon" manicure, in which the white color that's normally used to trace a crescent shape along the tips is replaced with a dark or metallic color. According to a few of her most recent Instagram posts, the nail art was designed by celebrity manicurist Thuy Nguyen, who also created trippy nail art for Joey King at the show. Read ahead to see a few more photos of Awkwafina's take on the french moon manicure. 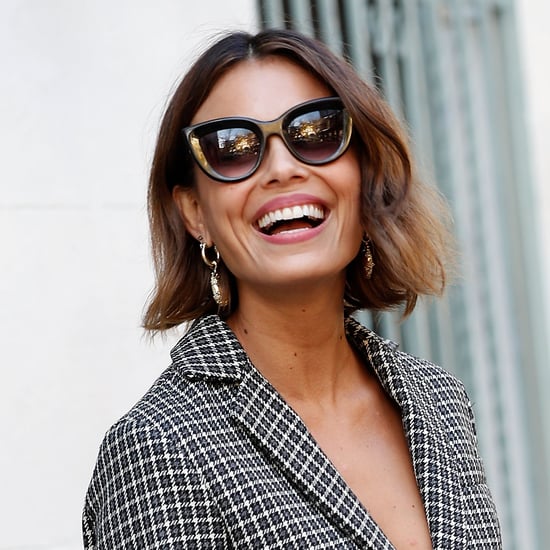 Short Hairstyles
As If Short Hair Couldn't Get Any Cooler, Allow Us to Introduce You to the French Bob
by Jessica Harrington 3 hours ago

Alicia Keys
Alicia Keys and E.l.f. Cosmetics Are Teaming Up to Launch a New Lifestyle Beauty Brand
by Danielle Jackson 7 hours ago 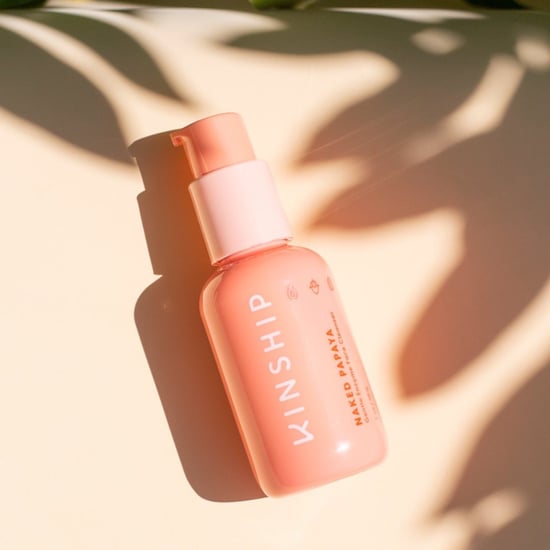