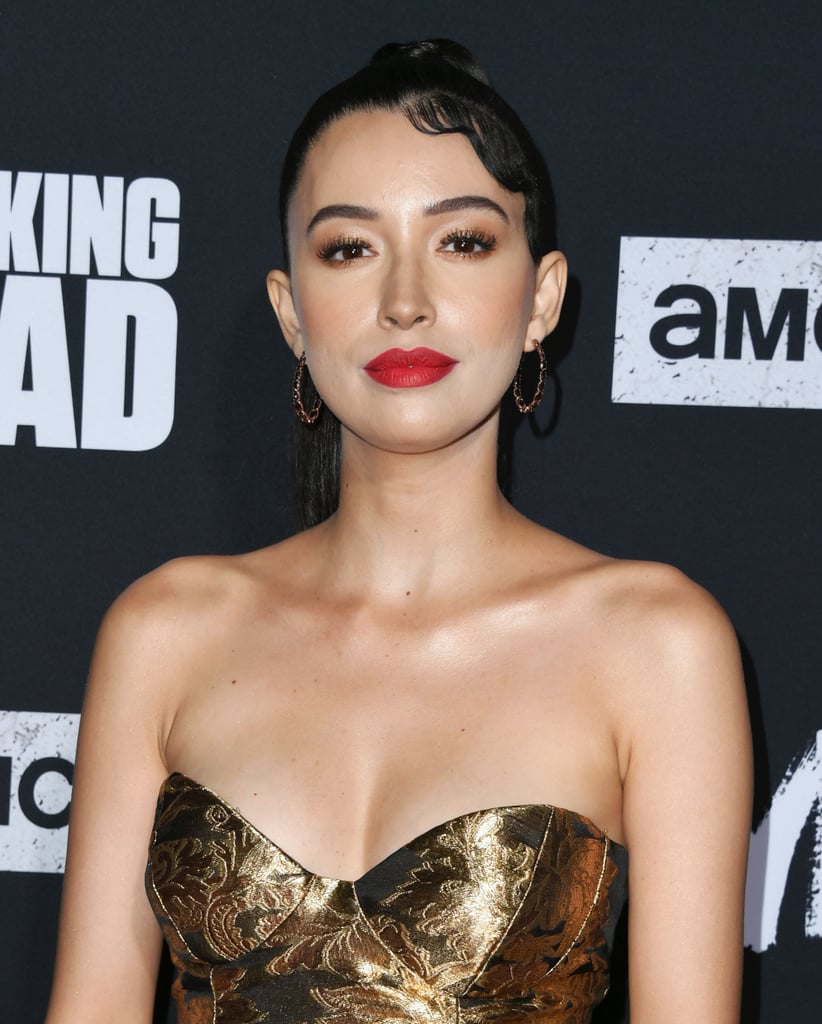 If you're not super familiar with Christian Serratos, there are a few TV roles that might jog your memory. The actor has played Rosita Espinosa on AMC's The Walking Dead for the last six years, but before that she made appearances on TV shows like The Secret Life of the American Teenager and (if you really want to get nostalgic) Nickelodeon's Ned's Declassified School Survival Guide, among others.

Most recently, Serratos was cast to play the lead role in Selena: The Series, the forthcoming Netflix series that retells the story of iconic Tejano singer Selena Quintanilla, and her rise to fame. Though we're especially excited to see how Serratos will re-create some of the singer's most iconic beauty moments on the show, she's also had some major moments herself at past red carpet events.

Ahead of Selena: The Series's Netflix debut on Dec. 4, read ahead to check out a few of Christian Serratos's best beauty moments.