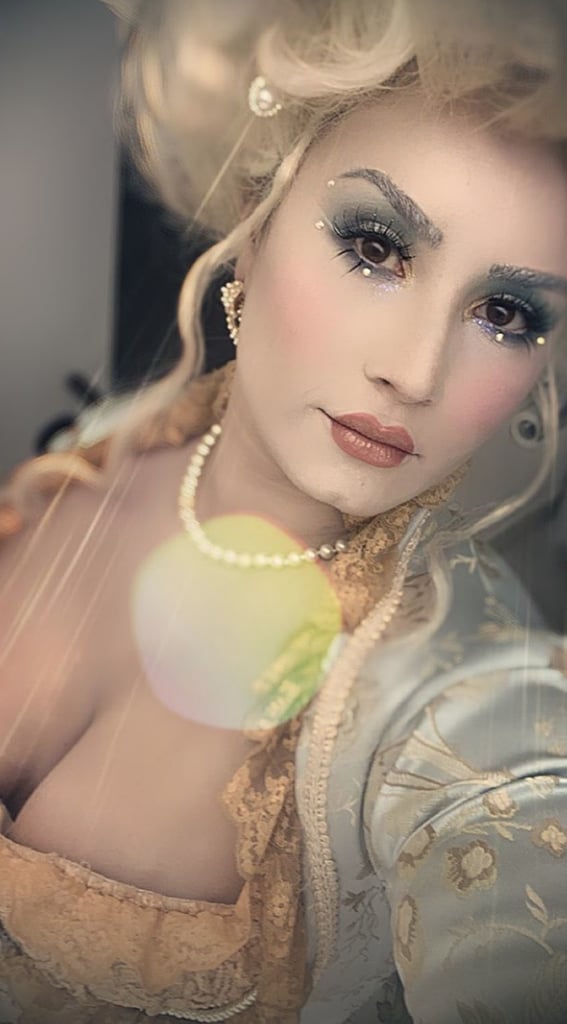 Demi Lovato does not take Halloween lightly, as made evident by her dynamite Marie Antoinette costume. The "Confident" singer posted a photo of her impressive costume to Instagram, complete with a powdered wig and 18th century makeup. Lovato credited makeup artist Etienne Ortega and hairstylist Paul Norton for the look.

Ortega covered Lovato's face in a pale powder and brushed white paint through her eyebrows. He also drew Lovato's lips on in a small heart shape and gave her a blue eye shadow look and dramatic false eye lashes. For a 2019 touch, he adhered small rhinestones around her eyes, reminiscent of Euphoria. The singer's platinum wig was equally as over the top, and was styled atop her hair like a large cone of cotton candy.

Ahead, check out the ultimate Halloween costume inspiration, courtesy of Lovato.