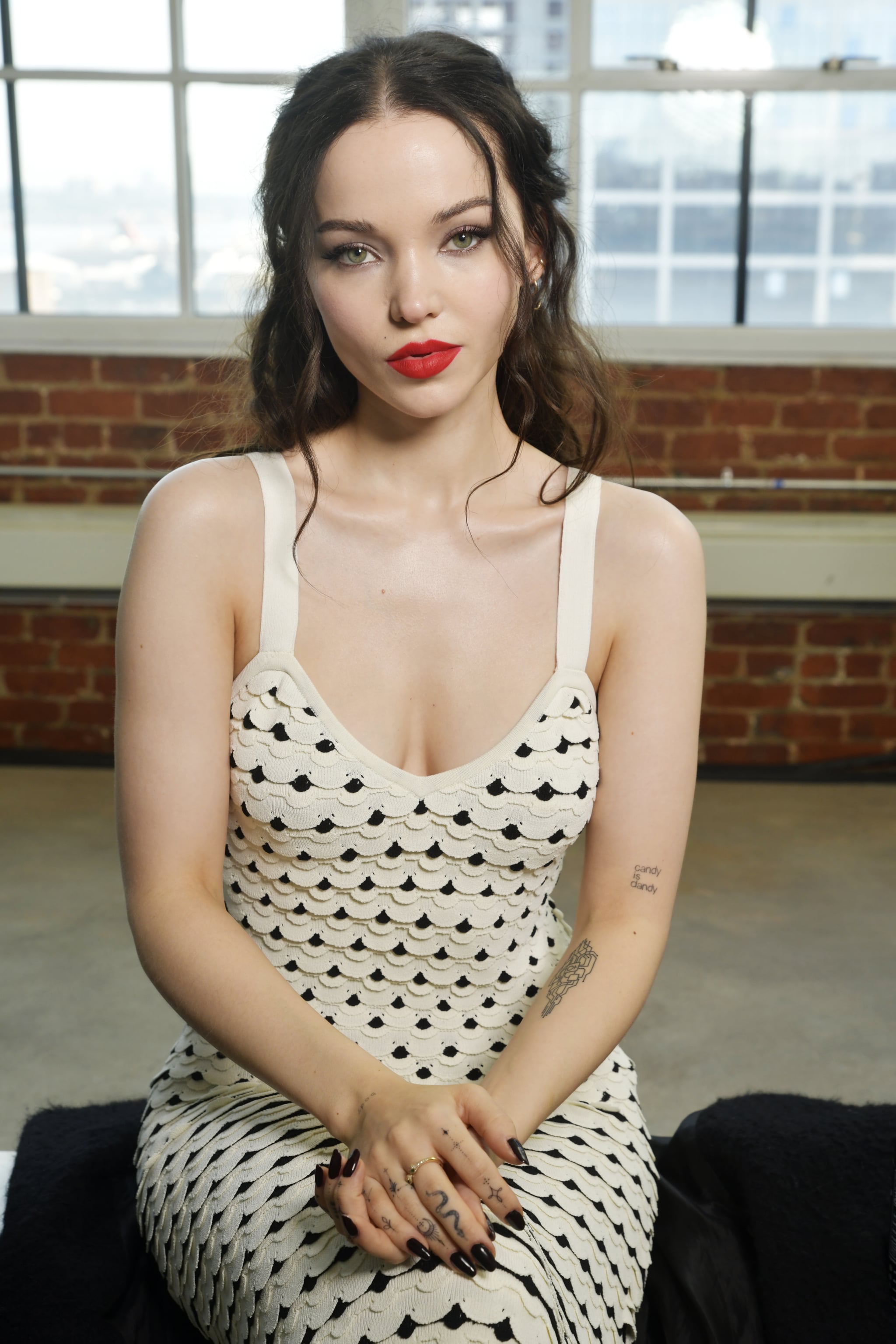 Cameron's avant-garde eye makeup featured red, orange, and brown shimmery eyeshadow that extended past the outer corner of her eyes to form a wing shape. It was surrounded by neon-pink blush that stretched from her brow, under the wing, and down to her cheeks. The combination of these bright colors dusted across her eyes created the aura effect that this trend is known for.

That's not where the show-stopping details in Cameron's beauty look ended, though; her face was also decorated with tiny crystal embellishments (another big trend), which paired nicely with the delicate studs in her ears. Her makeup artist finished off the look with a glossy, metallic-lined lip and brushed-up brows for a soft touch. Her hair was slicked back into a high ponytail with a zigzag part and accessorized with a clip.

Ahead, get a closer look at Cameron's aura eyeshadow with crystals. 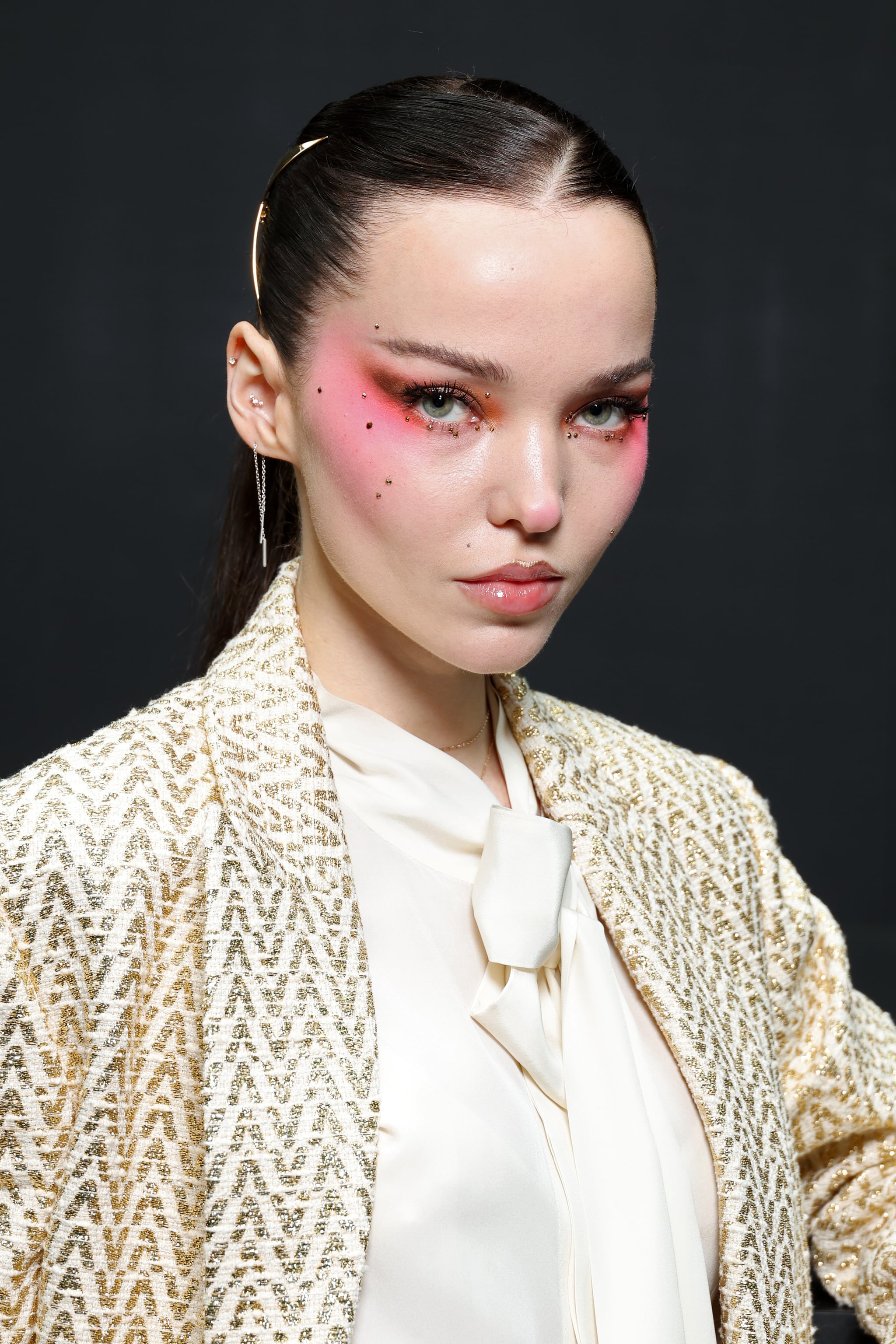 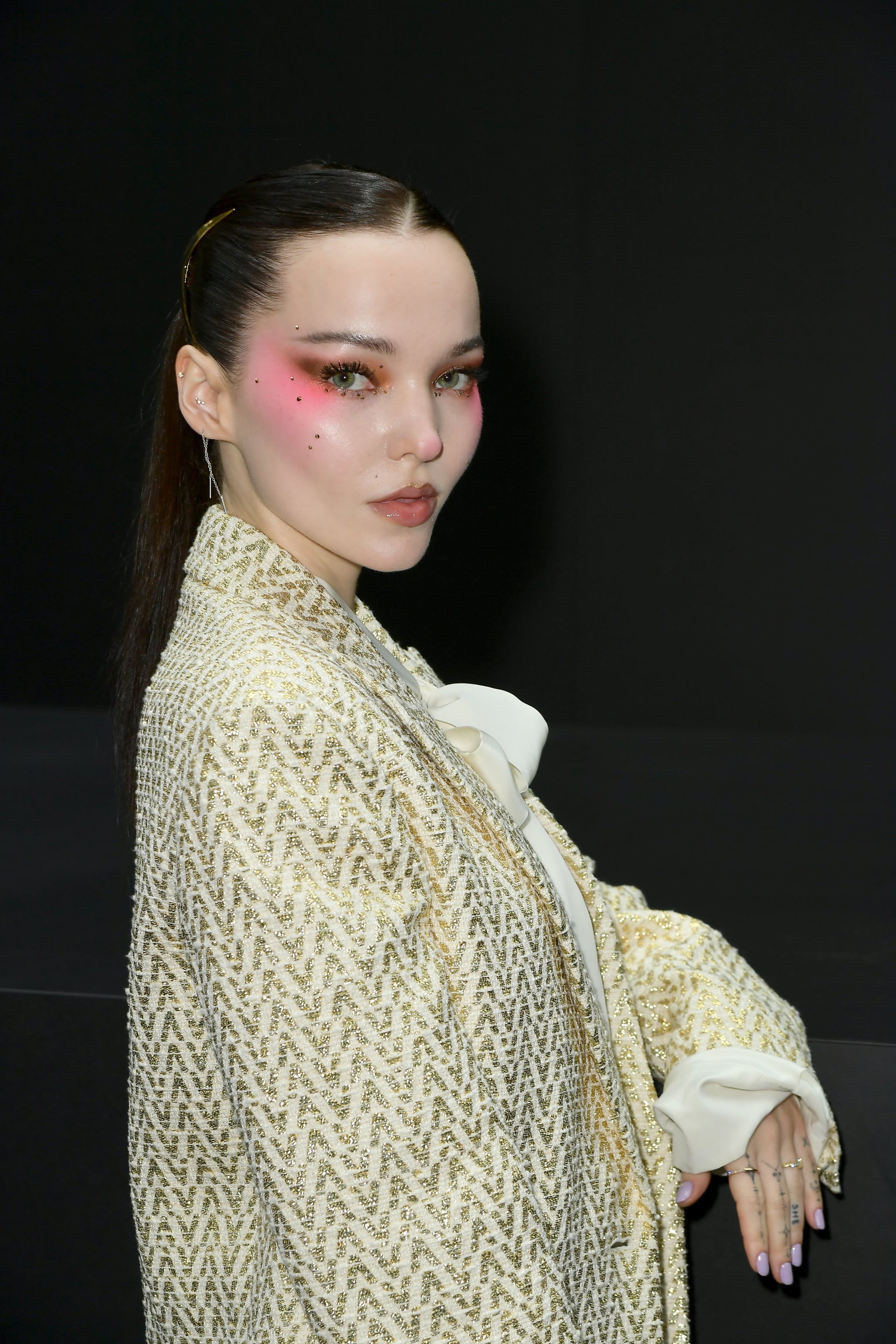