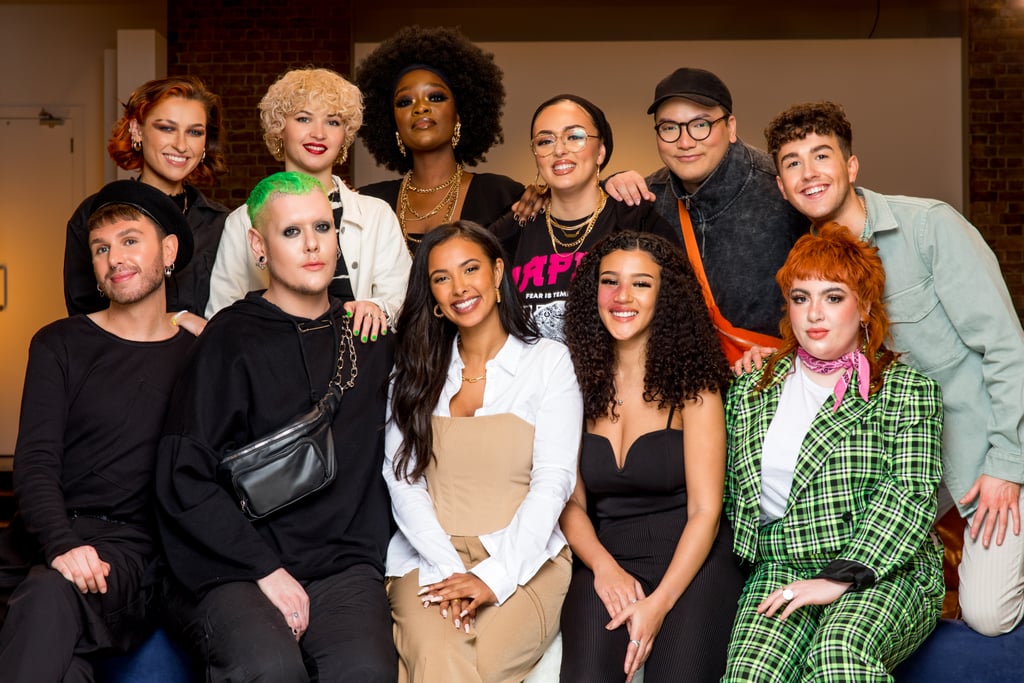 Ding dong! Glow Up is officially back on Netflix with another season, meaning it's time to meet a whole new batch of makeup artists. It's been almost exactly a year since season two of the BBC Three original dropped on the streaming platform, and season three (which came to the platform on July 30) is loaded with just as many life-changing briefs, incredible makeup transformations, and plot twists as the ones before.

In season three, ten new MUAs from all over the UK come together to battle it out for the title of "Britain's Next Make-Up Star." Students, professional makeup artists, brand founders, and photographers ranging from 21 to 30 years old in age account for the new round of contestants. And, as if that wasn't reason enough to grab your remote and binge all eight episodes immediately, the MUAs aren't the only newcomers in Glow Up season three. We're introduced to host Maya Jama, a British TV presenter, for the first time since former host Stacey Dooley's departure from the series. (Don't worry, Dominic Skinner and Val Garland aren't going anywhere.)

Keep reading to take a look at the fresh faces you can expect to see on Glow Up season three and learn more about each of them.

Megan Fox
Megan Fox Has Had So Many Sexy Red Carpet Beauty Moments in 2021, and the Year Isn't Over Yet
by Jessica Harrington 1 day ago

Beauty Reviews
You Know Urban Decay? Its Founder Just Launched a New Brand, and the Mascara Is a Dream
by Jessica Harrington 1 day ago