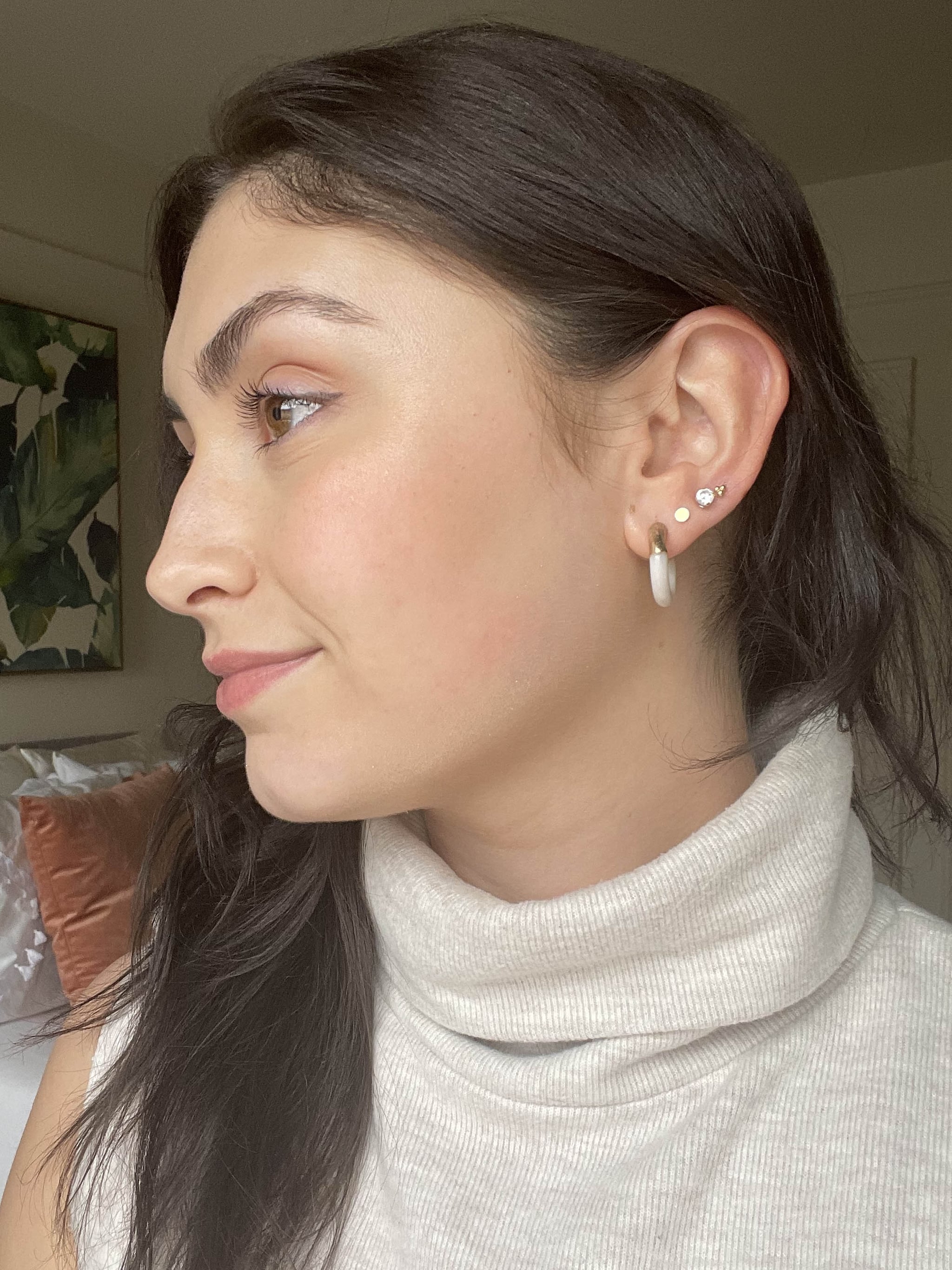 Have you ever thought about highlighting your jaw? Yeah, me neither — until, that is, I saw everyone on TikTok talking about it. The trend started to bubble up after Bella Hadid was spotted in a few photos that she posted on Instagram with a highlighted jawline that could cut glass. Mind you, Hadid in general just has great bone structure, but that didn't stop makeup fans (myself included) from trying to re-create the look on themselves.

In the photos, it looked like Hadid had used a white/gold-toned highlighter to emphasize her jawline and give it a more pronounced, chiseled look. After seeing a few videos of people trying to replicate the look on themselves, I decided to give it a go.

As my sister once said to me: our family is not known for its jawlines. It's fine, but I definitely wouldn't dub it as my best quality of all. In my everyday makeup routine, I typically just contour it slightly by lining it with a cream bronzer and blending it until soft. That's it. The idea of highlighting anywhere other than my cheekbones and the tip of my nose was new to me. 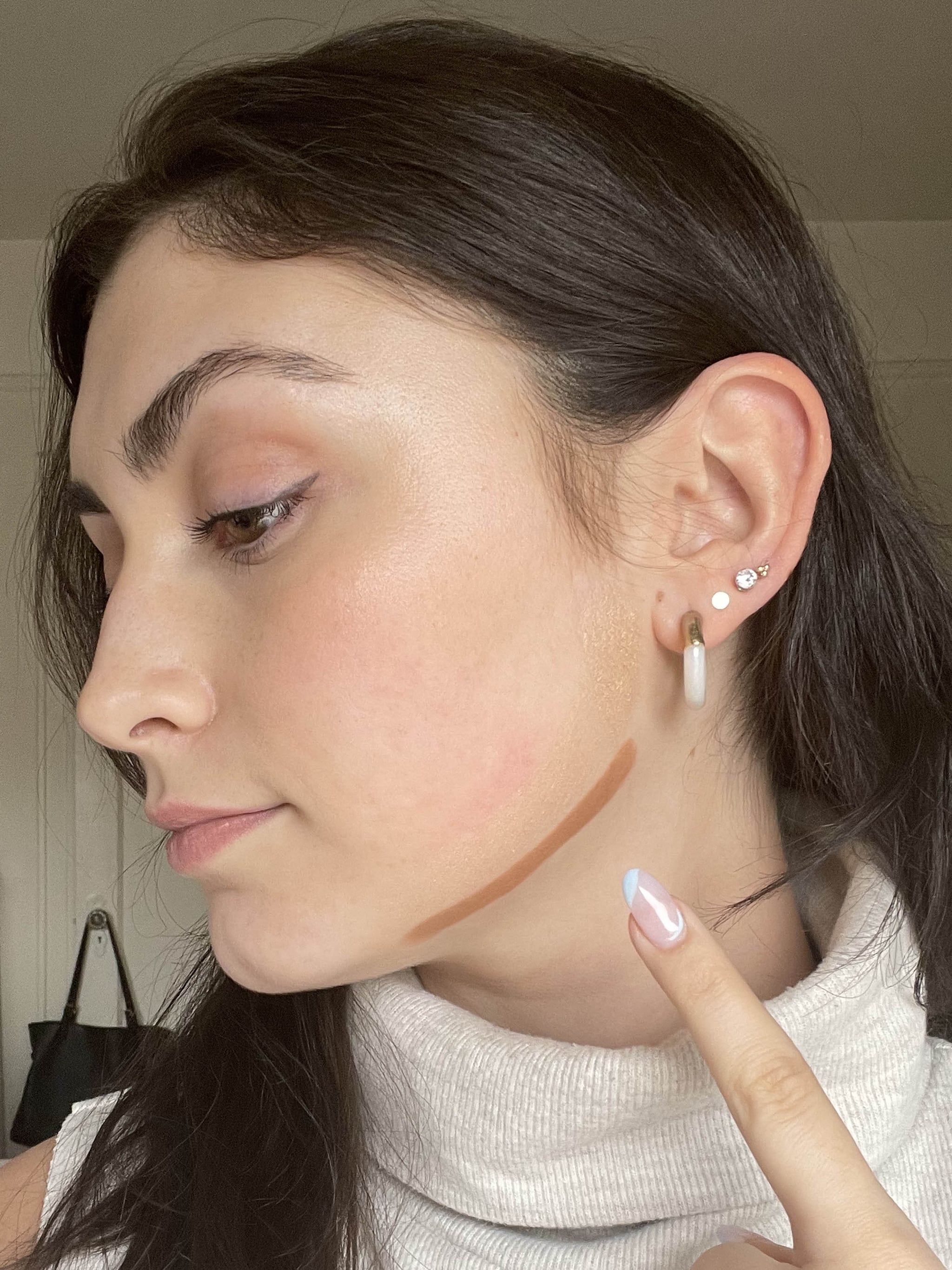 I did my base makeup — my foundation, concealer, and blush — as I usually do, but instead of contouring my jaw like normal, I grabbed my cream highlighter, the About-Face Light Lock Stick ($16, originally $25), and traced from the back of my jaw by my ear to just before my chin. Then, with the Well People Supernatural Stick Bronzer ($22), I drew a line directly below the highlighter to really accentuate it.

With a damp makeup sponge, I first blended the cream bronzer into the lower part of my jawline before working at the highlighter. It wasn't hard to blend, and it turned out much softer than I was expecting. When I assessed the results by a window with good light and a handheld mirror, the jaw highlight wasn't as noticeable as I had hoped. I went back in with an even lighter shade of highlight — the last one I had used was beige/gold-toned — and layered it on top. 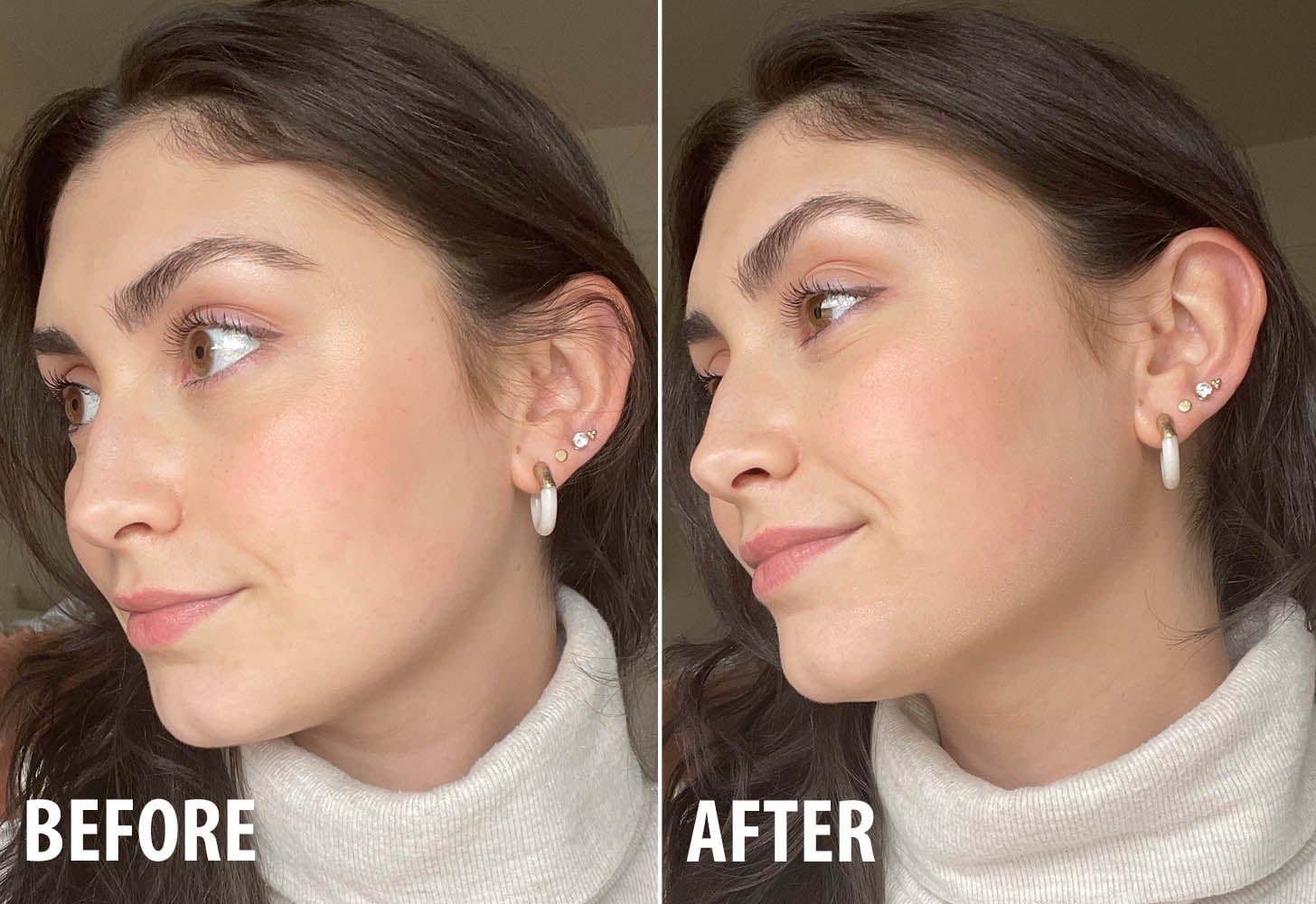 That's when I finally felt like I had achieved my desired look. Though it's still hard to see in photos, it was more prominent in the mirror when the light hit my skin just right — kind of like it did in Hadid's photos. In hindsight, I wish I hadn't used a highlighter with any shimmer to it, because I think it made it a little too distracting (you live and you learn), but all in all, it looked pretty good. A clear or jelly highlighter might work even better for this purpose.

In the end, the results aren't super transformative, but it's a good way to really show off an already-strong jawline.