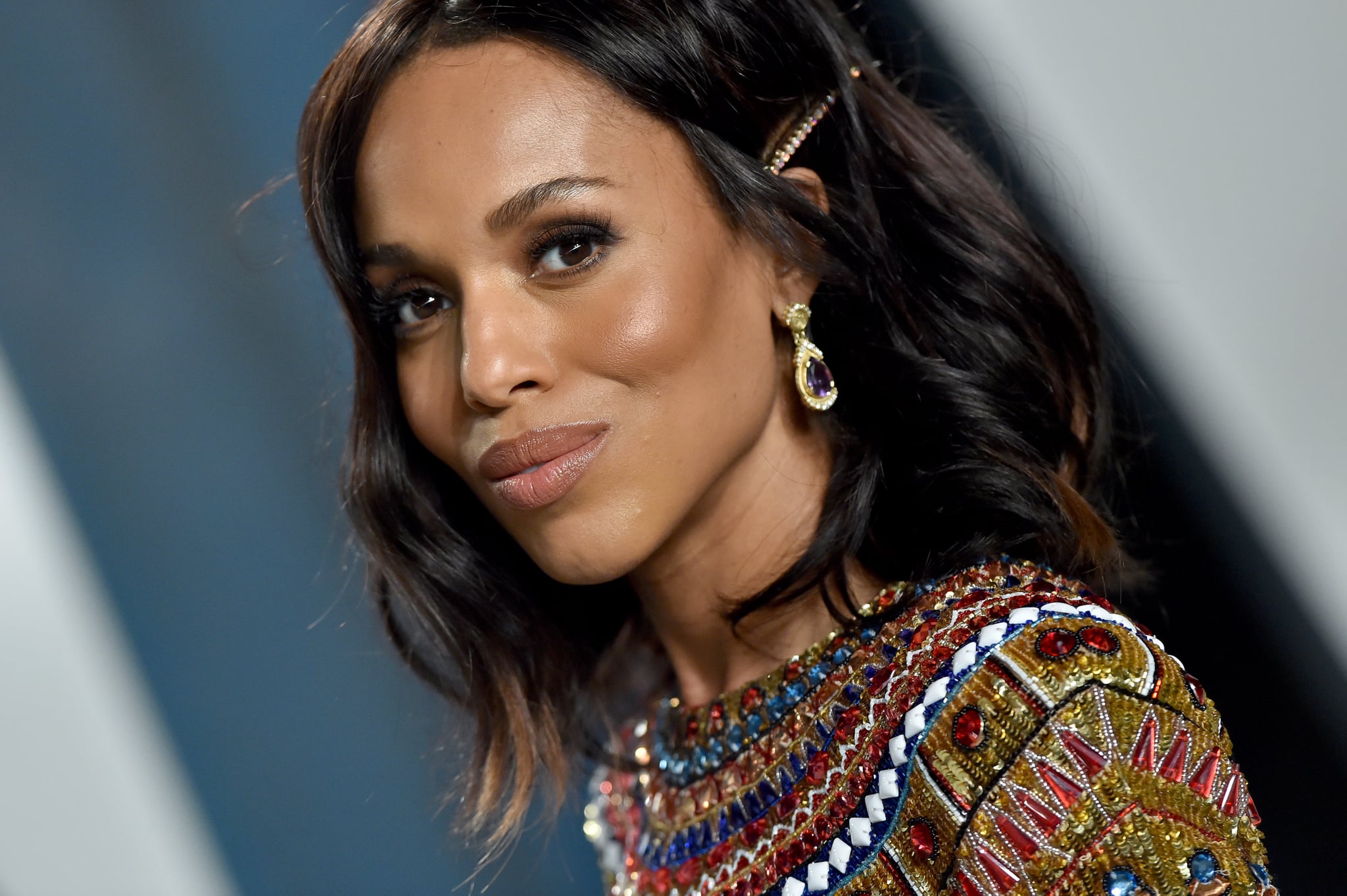 Kerry Washington is here to present her manicure with a message. A week before the presidential election, the actress shared photos of her voting-themed nail art by manicurist Kim Truong, which featured lettering and various emblems, including the Nov. 3 date of the election, a raised fist symbolic of the Black Lives Matter movement, and a checked ballot box . . . although, just in case, here is your friendly reminder to completely fill in the bubble on your ballot.

Washington is among many celebrities to wear topical nail art ahead of the big day, including Hannah Bronfman and Lizzo, who wore "vote" nails to the recent Billboard Music Awards. Washington has also spent quite some time on the campaign trail for Joe Biden and Kamala Harris: along with her husband, actor and former NFL player Nnamdi Asomugha, she spoke to voters in Phoenix, AZ, on Oct. 24 and also appeared at an early-voting event in Durham, NC, the week before that. Washington also spoke at the 2020 Democratic National Convention in August.

If you are eligible to vote but haven't done so yet, read up on how to vote early and how to vote safely in person during the ongoing coronavirus pandemic.

Rihanna
If Anyone Has the Power to Bring Back MySpace-Era Hair Trends, It’s Rihanna
by Kelsey Garcia 22 hours ago