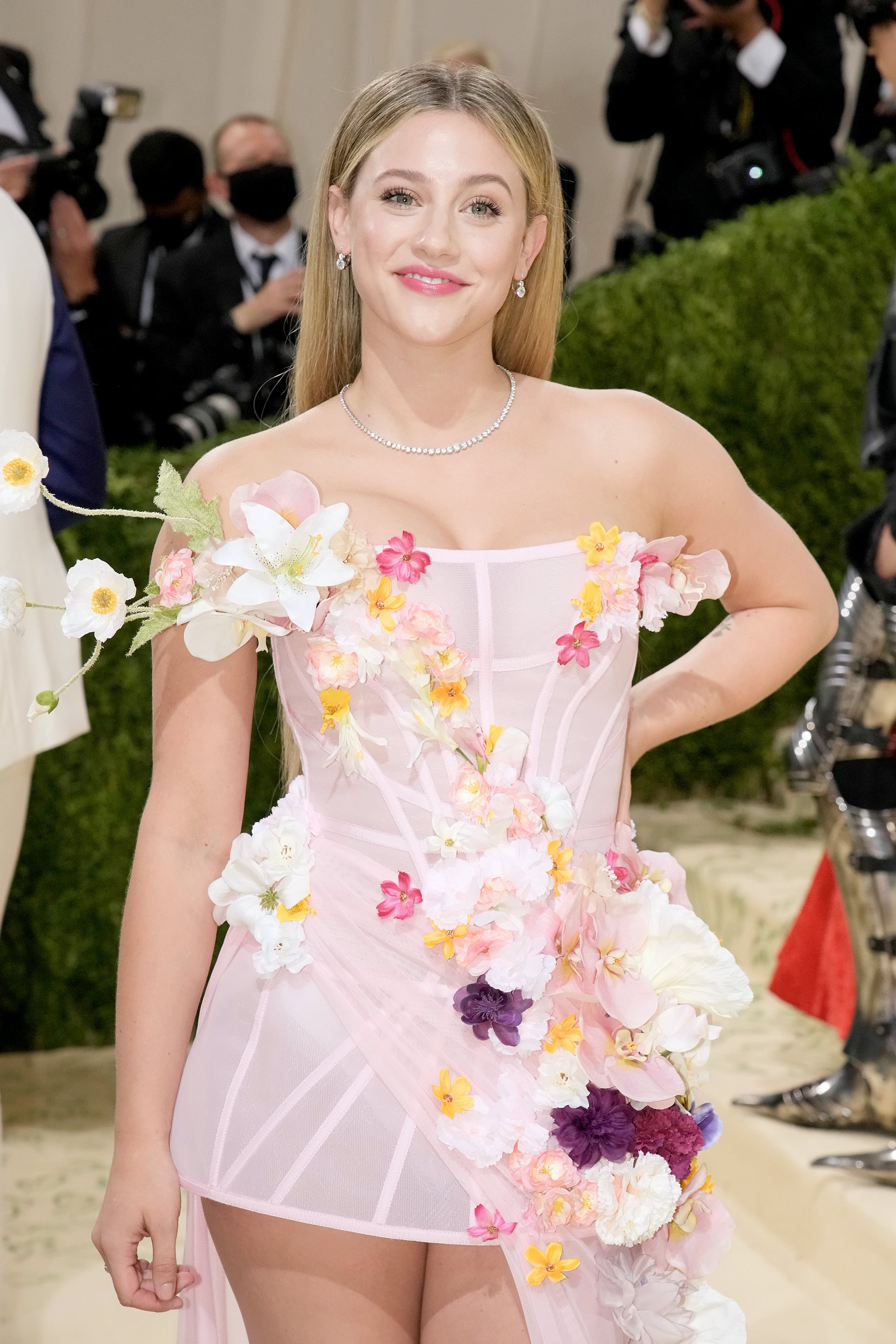 The crystal eye makeup trend is starting off strong for 2022, and Lili Reinhart is jumping on the bandwagon. The Riverdale actress shared a selfie on Instagram over the weekend and added a little sparkle to our feeds, showing off her simple cat-eye makeup look with long, lengthened lashes. But what really caught our attention was the crystals she used to accent the look.

In place of using a traditional powder or cream to highlight her eyes, Reinhart chose three small rhinestones and placed them in the shape of a triangle right at the tail of her brow. She took the look two steps further and added another crystal to her bottom lash line and one to the inner corner of her eye, making a fun play on the four-dot eye-makeup trend that went viral on TikTok. Striking in its simplicity, Reinhart using the crystals to play up her natural features feels very Betty Cooper.

While other variations of the trend have swept across social media and red carpets alike, Reinhart's version is easy enough to DIY at home, and we wouldn't be surprised if that's exactly what she did. Reinhart previously told POPSUGAR that she has had a longstanding love for makeup and has been watching YouTube tutorials since she was just 16 years old. She even once considered makeup artistry as a career choice. While we may not all have Reinhart's natural-born makeup talent, her simple crystal-eye look is right up our alley.