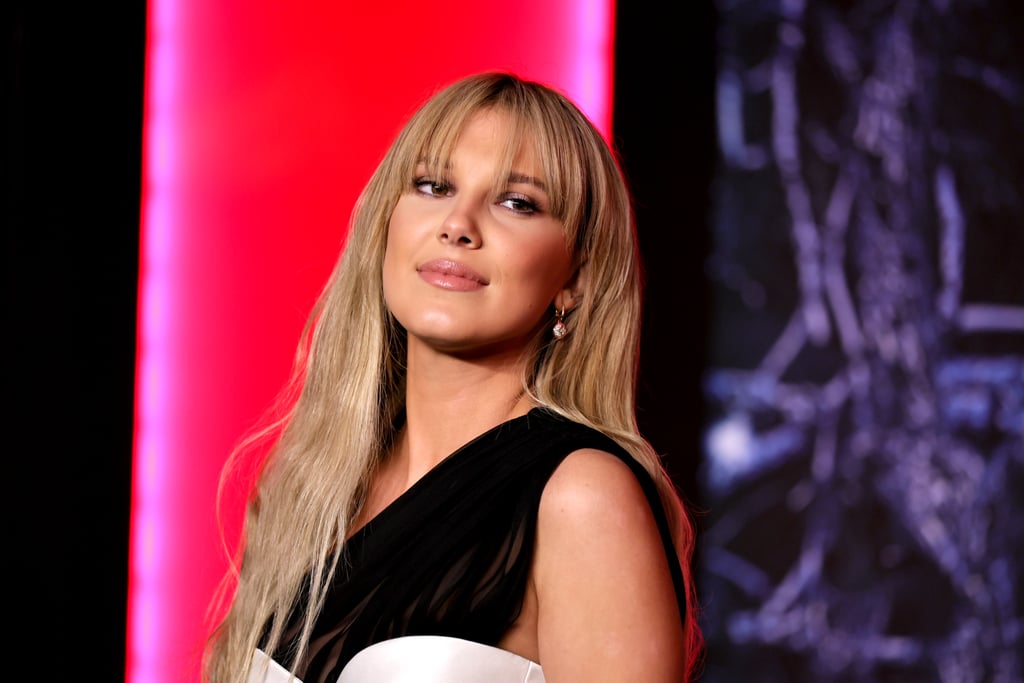 Millie Bobby Brown has grown a lot between "Stranger Things" season one and four. Back in 2016, Brown gained notoriety for her portrayal of Eleven, who she shared a buzz cut haircut with in real life. Since then, her career has blossomed and she's slowly let her hair grow out. But we've yet to see a look as glamorous as the one she wore for the "Stranger Things" season four premiere.

On May 14, the actor attended the red carpet with Jake Bongiovi, just two months after their red carpet debut as a couple. Brown wore a custom black and white Louis Vuitton dress with a luscious hairstyle that left her almost unrecognizable. She rocked long, blond hair and short curtain bangs, courtesy of celebrity hairstylist Pete Burkill.

While blond is a contrast to her usual, dark brown hair, the color's ash undertones and subtle brown highlights make for a really natural look. We first caught a glimpse of her new hair on "The Tonight Show Starring Jimmy Fallon" when she wore it in a low ponytail with her bangs peeking out. On the show, she told Fallon she learned to speak in an American accent thanks to "Hannah Montana." When Brown hit the carpet for the "Stranger's Things" premiere with her hair down, we couldn't help but wonder if she was inspired by the Disney character's hair, too. Read on for more photos of Brown's hairstyle at the "Stranger Thing" season four premiere.