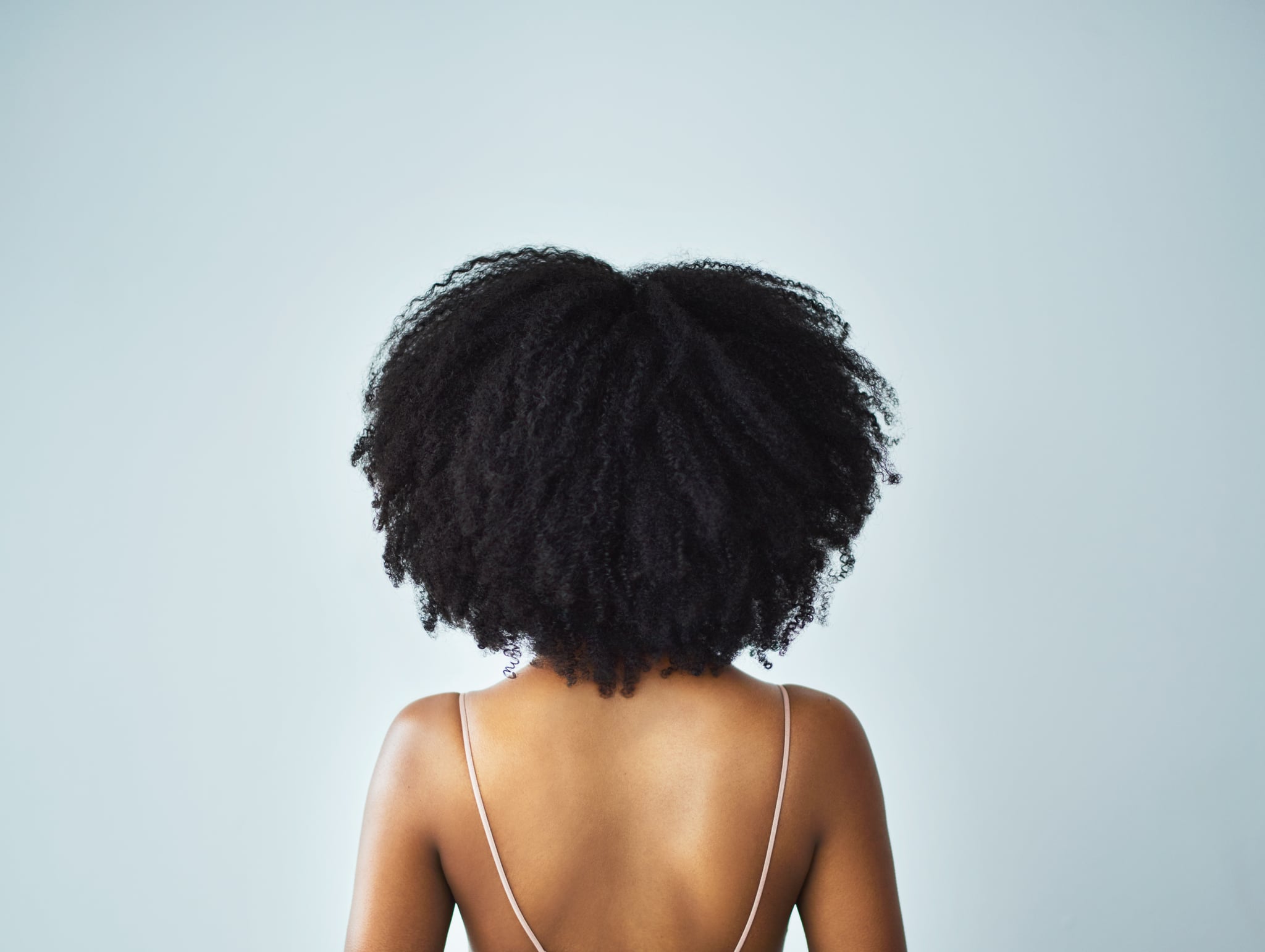 I am a huge Ashton Kutcher fan. I fell in love with the American actor on That '70s Show and began obsessively rooting for him and his onscreen girlfriend, now real-life wife, Mila Kunis. I love that he is a girl dad, frequently donates to organizations, is a champion of Black lives, and makes me swoon in every rom-com he appears in. I have seen close to all the movies he's ever been in — Dude Where's My Car, A Lot Like Love, Killers, Just Married, No Strings Attached, and so many more.

Although I love his acting, I can't help but cringe every time I watch one of the scenes in the movie Guess Who. Kutcher plays the boyfriend to another favorite actor of mine, Zoe Saldana. The scene takes place at the dinner table when Kutcher is sharing a meal with Saldana's Black family and detailing his grandmother's first impression of his beloved girlfriend. I squirm every time he says, "You're gonna laugh when you hear this: she said that Teresa was a very pretty girl and that she just loves her 'cute lil nappy lil head.'" 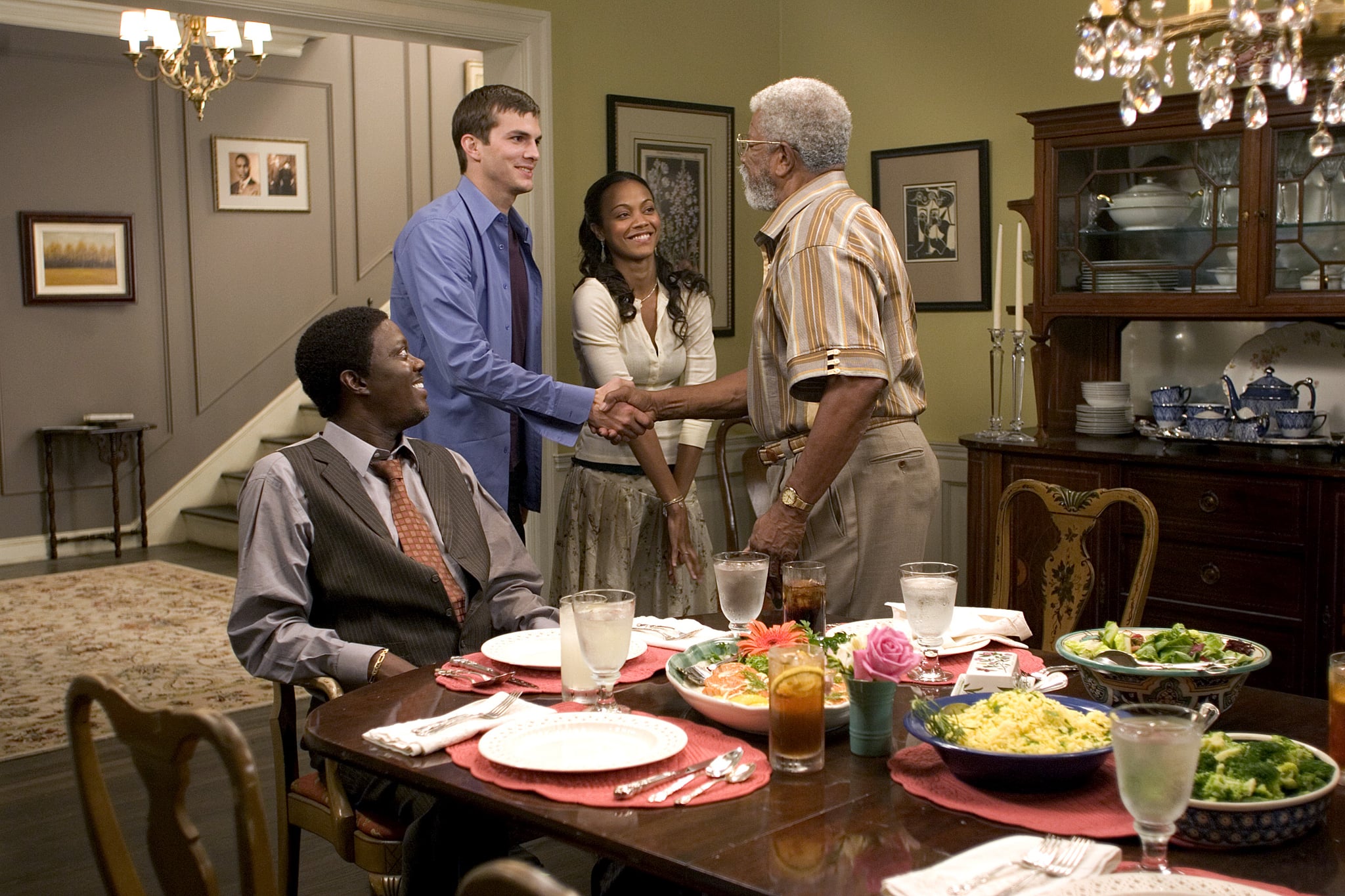 This line makes me uncomfortable because, based on my experience with the word nappy as a Black woman, I know the family will think the sentiment is anything but funny. In fact, the granddad claps back with, "What was she doing when she said that, putting on her sheet for the Klan rally?" The Klan, of course, was in reference to the American white supremacist hate group, the Ku Klux Klan.

There is great sensitivity around the word nappy, which is used to describe kinky, coiled Black hair. Its roots date as far back as the 17th century when Black men and women were enslaved. Nappy was one of the many terms white people used to make themselves superior over Blacks. Black, textured hair is often the most unambiguous characteristic that tells us apart from non-Black people, and white slave owners wanted Black folks to be inherently aware and ashamed of this distinction.

The 18th century saw legislation like the Tignon Laws that were put in place to reinforce social ranking and authorize discrimination. The Tignon Laws forced Black women to cover up their hair to avoid threatening the social status of white women. In short: Black hair was so intricate and capable of many hairstyles that white officials feared that by showing it, white women would be threatened. White people saw Black hair as a bad thing, deeming the usage of nappy an insult and attack on self-esteem. Although the term is deeply rooted in a negative past, it is not always seen as negative in present day.

A few weeks ago, a new talk series called Hold Your Ear hosted an episode on the word nappy, referring to the term as the other N-word. Professional hairstyles Tina Pearson, Ebony Riley, and Chris Gees discussed how nappy is a highly contextual word and is seen as playful, light, or a greeting in the Black community, but offensive if said by someone who is not a person of color. I too share this viewpoint.

In my South African household, we often joke about our "bossiekop," which loosely translates as wild or nappy in English. My mom will say, "Don't get my bossiekop," when we are taking pictures. My sisters and I will send images of our hair (pre-wash day) and say something like, "My bossiekop is running back to Africa," to emphasize how big our hair is that particular day. In this situation, bossiekop or nappy is not used as an insult, but instead as a way to describe the texture of our hair.

The word becomes a racial slur when someone who is not a person of color deems textured hair as nappy. Is this a double standard? Maybe. But ultimately, anyone who does not share the same kinky or coily lived experience cannot possibly understand the weight of the word and the triggers to previous experiences the term can bring up. It is acceptable and not offensive to call hair nappy from one Black person to the next because we know what it feels like to wear the name or the label.

Occasionally we use the term to rebel against the stereotype and depict it in a positive and empowering way. We place the phrase, "Happy to Be Nappy" on T-shirts and create movies like Nappily Ever After to show the world that nappy is beautiful and acceptable. But for myself and many of my Black and African friends, hearing our hair called nappy — out of context — is a form of belittlement and can lead to feelings of disdain for our natural hair.

Context matters when labeling hair as nappy. A person not of color who uses nappy regularly can be seen as insensitive and racist, and should be prepared to receive a lecture on why the word is inappropriate. Seeing movies or other people not of color reference hair as nappy does not make it OK to use the term in daily life. My hope is that the conversations taking place on Hold Your Ear and natural hair blogs will continue to take up space and shed light on derogatory terms like nappy. It could even be a step forward to reclaiming the word.