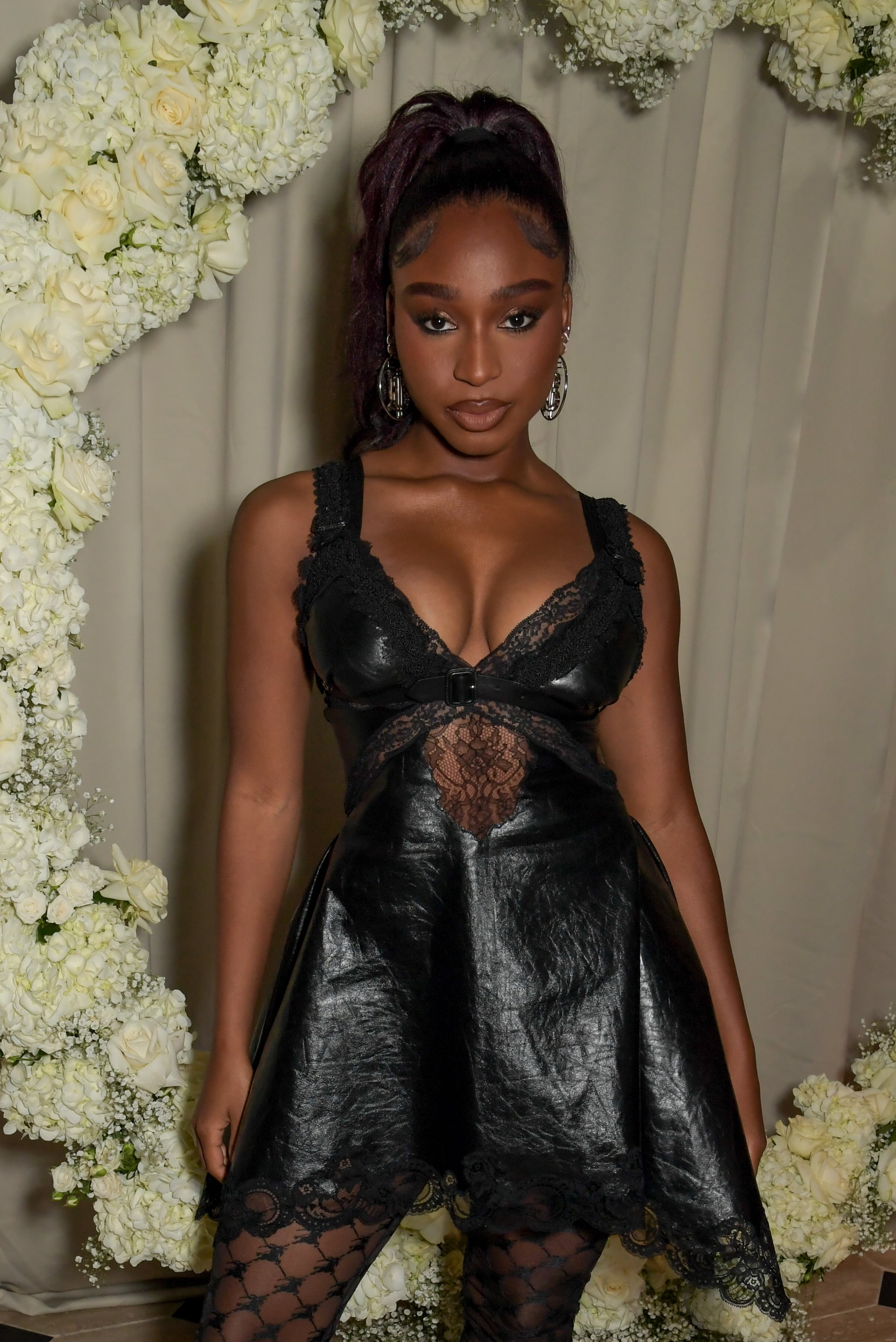 Between her viral music videos and many red carpet appearances, there's not a modern beauty trend that Normani hasn't tried yet, but even she knows sometimes it's good to go back to the basics. At Paris Fashion Week, the "Fair" singer attended a series of shows, changing up her hair and makeup look for each one, but she kept her deep french manicure the same, speaking volumes to the trend's versatility.

On Oct. 4, Normani's hairstylist Kahh Spence shared a close-up of the singer's recent glam — complete with purple smoky eyeshadow and her braids pulled back into a high ponytail — putting her french manicure on full display. In true form, her nails featured a neutral base color with white smile lines along the tips of the nails. However, instead of a thin white line, the polish extended to the middle of each of her almond-shaped fingernails.

Normani's deep french manicure was visible at the Monot womenswear spring/summer 2023 show, where she paired it with a sexy red cutout dress. Take a peek at her full glam below. 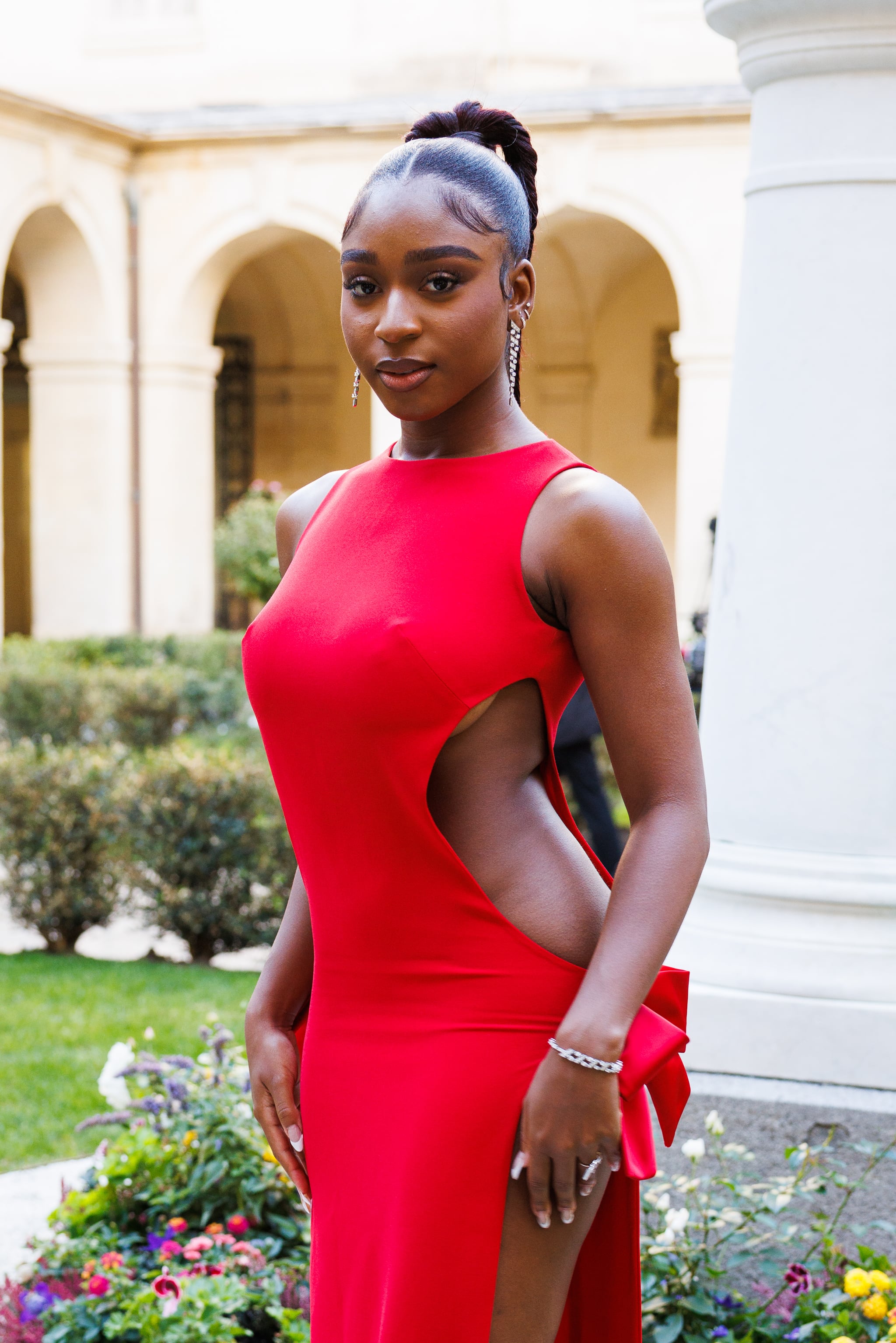