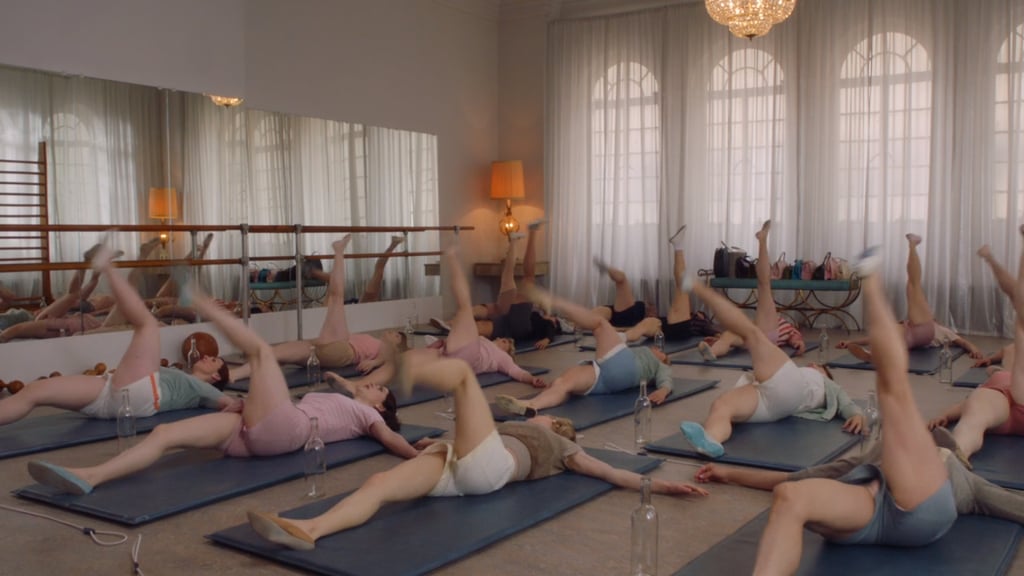 Ever wonder how women in the '50s maintained such slim waists? According to The Marvelous Mrs. Maisel, exercise played a huge role in helping women stay fit, but not exactly in the form you'd see today. Midge and her best friend take a calisthenics class, where they repeatedly perform a series of arm shakes, water bottle leg lifts, and "crab walks" (which involved facing upward while walking back and forth on your hands and feet).

As odd as these onscreen exercises may seem, they are indicative of a typical workout routine in the '50s. Housewives were first known to shed the pounds through their daily chores, but the latter half of the decade saw an emphasis on Pilates classes for women to stay trim. This was likely linked to the advent of Jack LaLanne's popular 15-minute television workout program, which first aired in 1953 and became nationally syndicated by 1959. While many of the exercises appear to be a bit silly (including some very slow high knees), they were actually proven to make you work up a sweat!