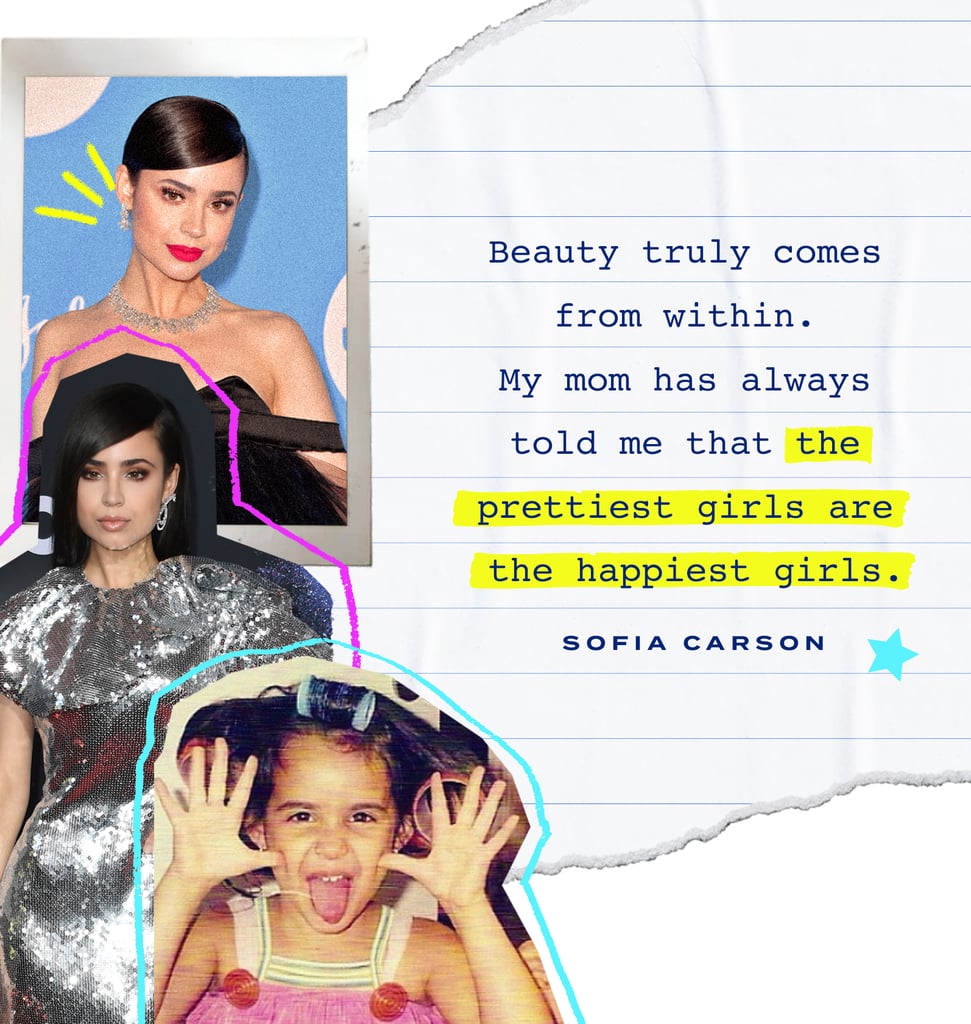 "Growing up, I remember seeing photos of her wearing red lipstick with her beautiful skin, and she always gravitated toward classic beauty and classic fashion," said Carson, adding that the biggest lesson her mother imparted was that beauty comes from within. "My mom has always told me that the prettiest girls are the happiest girls. [My mom and grandmother] are the epitome of that. They're these incredible, empowered, strong women whose beauty shines from within."

It wasn't until she was cast in Disney's Descendants as Evie, the daughter of the Evil Queen, that she realized makeup can be used to tell a story. For that role, she wore a different kind of makeup as her uniform: a long blue wig, blue eyeliner, and yes, bright red lipstick.

"Evie's makeup was so specific — it was the crimson-red lips that were an ode to Snow White; it was the dark blue eyeliner that was an ode to the Evil Queen. I remember the makeup artists working with me to tell her story through makeup. It became a big part of her character and it was beautiful to feel that transformation in the makeup chair every time I stepped in it."

Lil Nas X
Lil Nas X Broke Out Over $50,000 Worth of Birthday Bling With His Diamond Manicure and Grillz
by Karenna Meredith 2 days ago