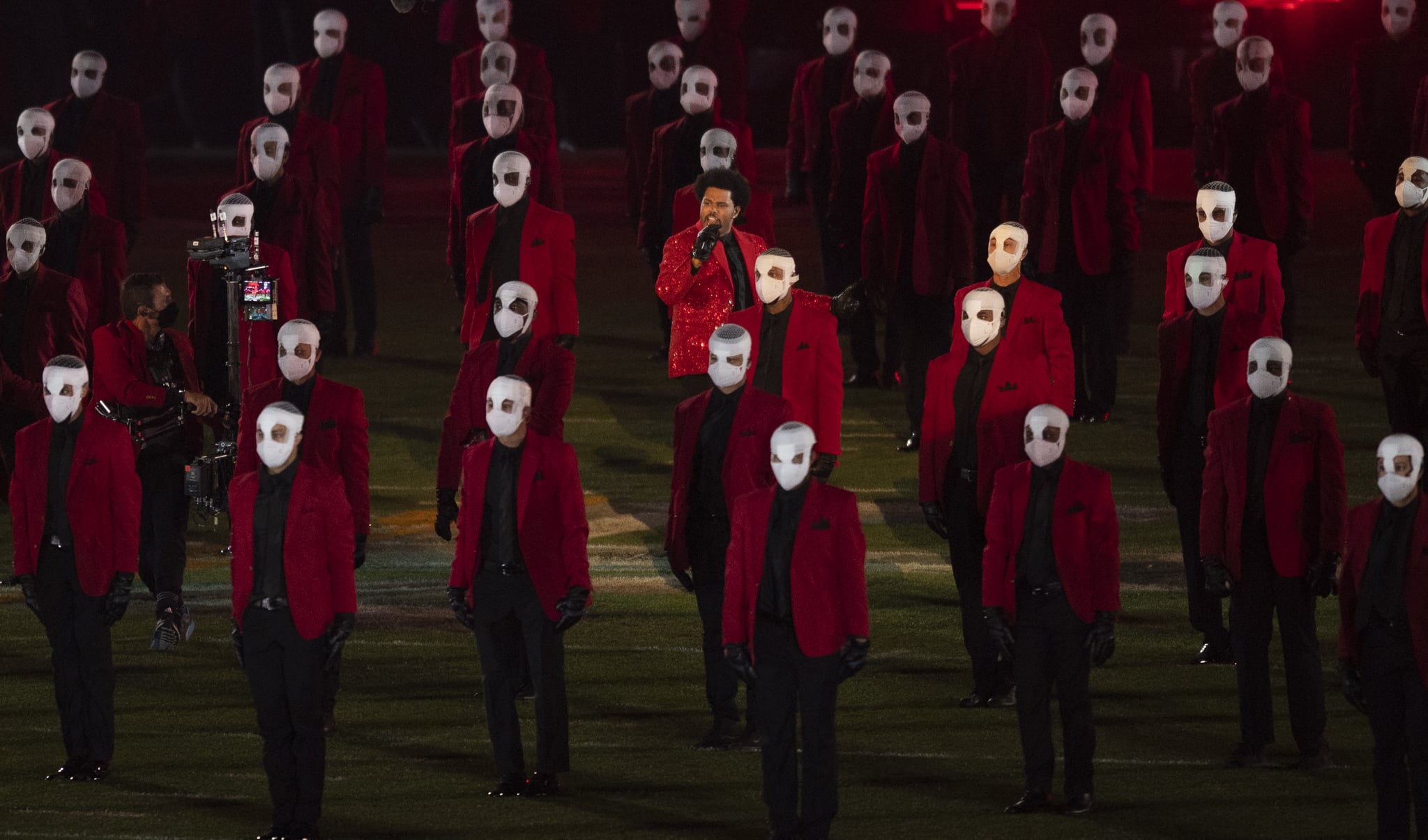 If you were both in awe and confused by The Weeknd's 2021 Super Bowl halftime performance, you're not alone. Without much context, the ensemble of backup dancers with bandages on their faces could be a little disconcerting — but fear not, it's all part of a very elaborate act he's been working on for the last year.

The Super Bowl performance was a wrap-up of the After Hours persona The Weeknd has had in the works since his "Blinding Lights" music video. Although last night The Weeknd looked completely fine and his dancers were the ones wrapped in facial bandages, he sported the look himself not too long ago at the 2020 MTV VMAs, along with fake bruises. This prompted many of his fans who didn't realize it was all for a show to worry that something happened to him. Then, in The Weeknd's "Save Your Tears" music video, we finally saw his face sans gauze and fake bruises, but he gave fans another shock by wearing full facial prosthetics to make it look like he got plastic surgery.

"The significance of the entire head bandages is reflecting on the absurd culture of Hollywood celebrity and people manipulating themselves for superficial reasons to please and be validated," The Weeknd told Variety in an interview.

Last night's Super Bowl halftime show was the first time we got to see The Weeknd as himself without any special-effects makeup in quite some time, but who knows what he has up his sleeve for his next performance.