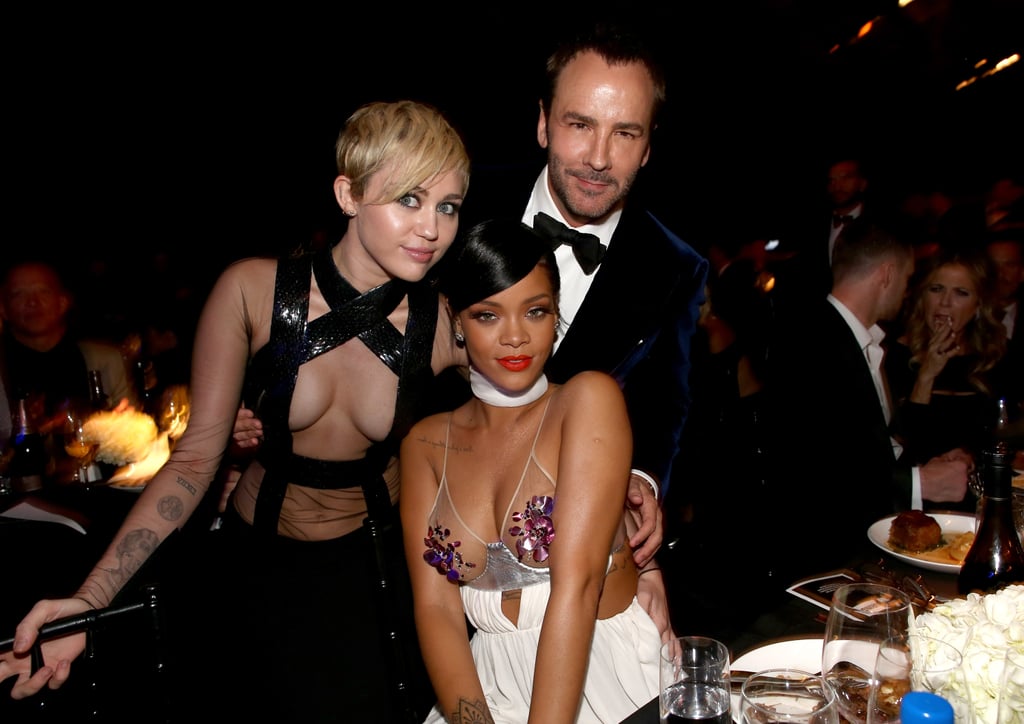 The amfAR Inspiration Gala took place at Milk Studios in LA on Wednesday night and while the event, which benefits AIDS research, brought out plenty of famous faces, it was hard to concentrate on anything beyond the serious amount of skin that was showing on the red carpet. Miley Cyrus chose a daring black look while Rihanna showed a similar amount of cleavage in a jeweled gown that barely covered her chest. Michelle Rodriguez, Natasha Bedingfield, and Lea Michele also wore low-cut looks for the cameras. Alessandra Ambrosio went sheer for her ensemble, whereas pregnant stars Molly Sims and Milla Jovovich stuck with more covered-up dresses. Keep reading to see more from the philanthropic night, which honored Tom Ford and also brought out Eddie Redmayne, Kelly Osbourne, and Dita Von Teese, among others.