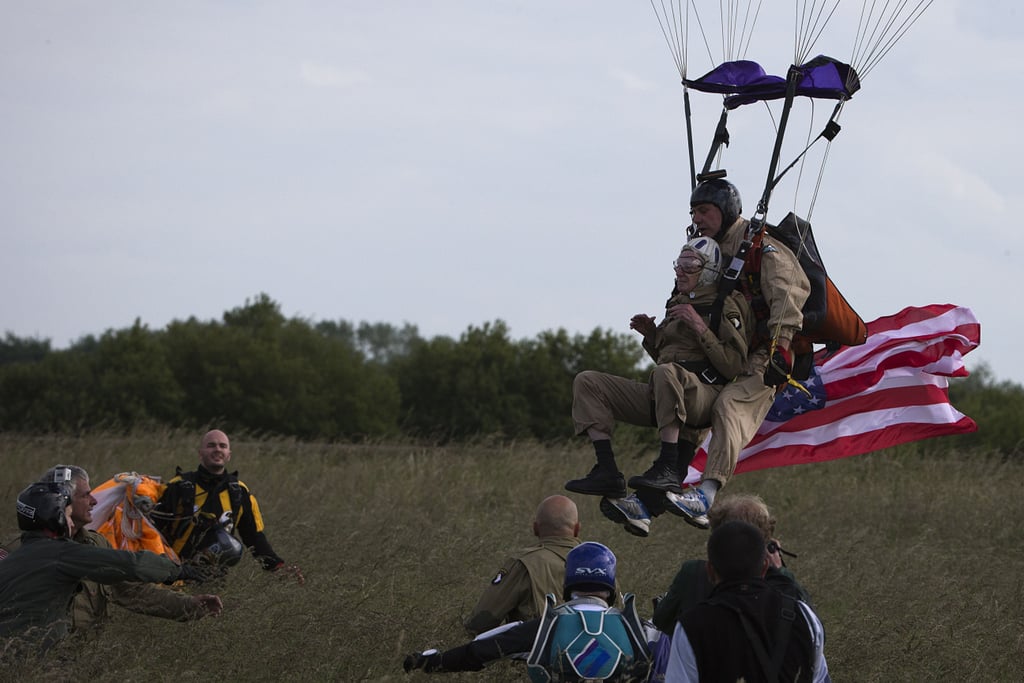 To mark the 70th anniversary of D-day, 93-year-old veteran Jim "Pee Wee" Martin re-created the parachute jump he completed over Normandy in France back in 1944 at just 23 years old. The WWII veteran paratrooper made the jump on Thursday, when he said, "It didn't (compare) because there wasn't anybody shooting at me today." He decided to do so because of "a little bit of ego," he said, adding, "I'm 93 and can still do it. And also I just want to show all the people that you don't have to sit and die just because you get old. Keep doing things." Get inspired with a look at Jim's jump, and watch him tell his moving story in the video below.

Viral Videos
A Woman Found the Hot Firefighter Who Saved Her From an Elevator, and I Am INVESTED
by Maggie Panos 2 weeks ago

Beauty News
What's the 2016 vs. 2021 Makeup Challenge on TikTok? These Looks Will Take You Back
by Danielle Jackson 3/29

Viral Videos
These Parents Filmed a Mean Girls Scene For Their Kid's School Project, and Yes, She Got an A
by Yerin Kim 3/25