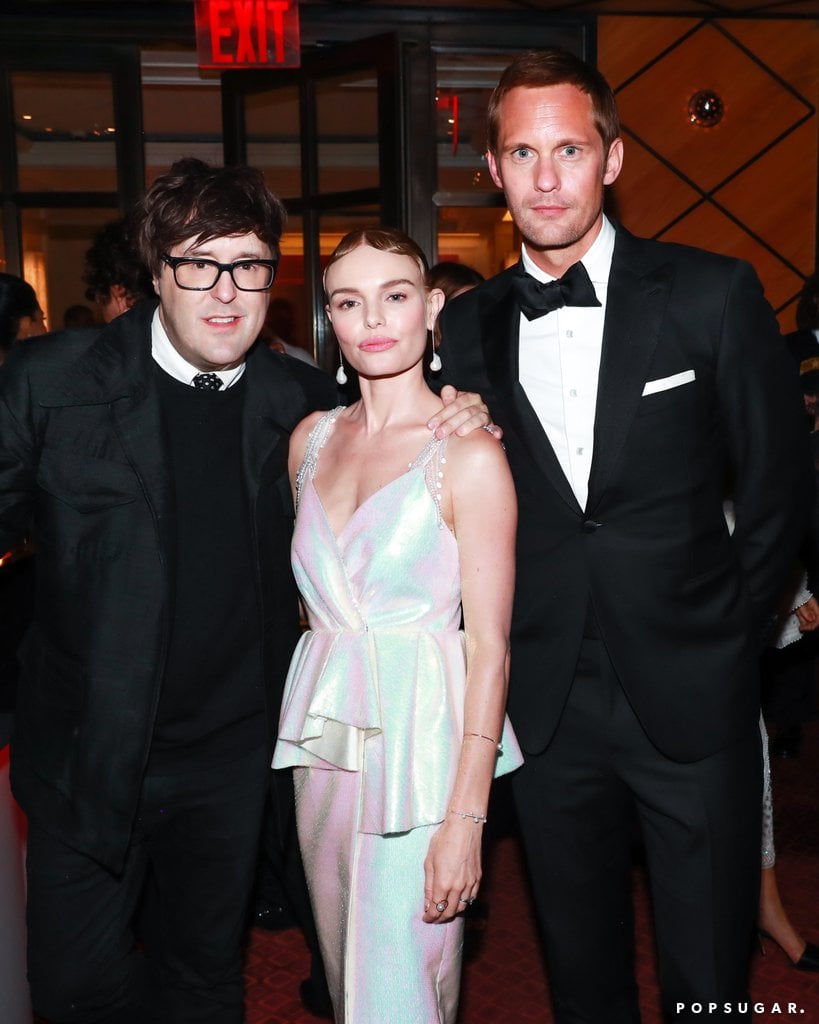 If you're a celebrity, the Met Gala was definitely the place to be on Monday night. The star-studded affair brought out so many beautiful couples and sexy models, but for a select few, it also doubled as a reunion with their ex. One of those pairs in question is Alexander Skarsgard and Kate Bosworth. Even though the duo didn't link up at the ceremony, they did reunite at the Versace afterparty, which took place at NYC's Mark Hotel. Following the fete, Kate and Alexander happily posed for a photo inside the hotel with former Teen Vogue style director Andrew Bevan.

Related:
20 Former Couples Who Prove You Can Be Friends With an Ex

Kate and Alexander dated for almost two years before calling it quits in July 2011. According to Us Weekly, their split was "very mutual." Kate has since married Michael Polish, while Alexander has been on and off with Alexa Chung since 2015. Alexa also attended the Met Gala, but there's no word on whether they reunited, too.