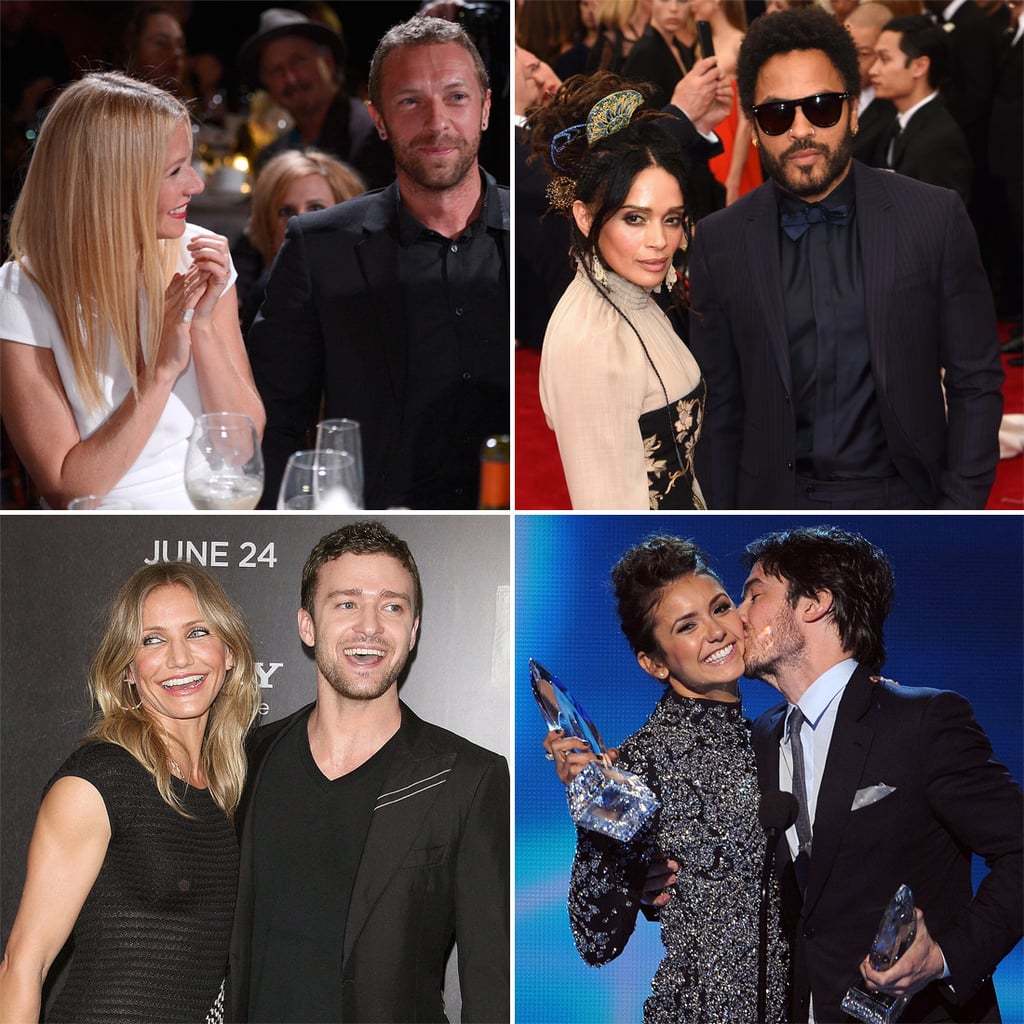 We can probably all agree that staying friends with an ex isn't the easiest thing in the world to do, whether you're famous or not. While many high-profile breakups (and divorces in particular) can get nasty, there are a handful of former couples who have managed to put any animosity aside for the sake of their children, families, or just each other. Gwyneth Paltrow and Chris Martin told the world that they were "consciously uncoupling" while on a tropical vacation together, and have been spotted on dinner dates and family trips since their split. Miranda Kerr and Orlando Bloom announced that they amicably separated after three years of marriage, and just days later we saw the couple, with their son Flynn, sharing a sweet smooch. Even long-divorced couples like Demi Moore and Bruce Willis, Lisa Bonet and Lenny Kravitz, and Mick and Bianca Jagger have been able to remain civil while moving on to new relationships. Here are a handful of famous couples who have managed to stay friendly even though their love fizzled.