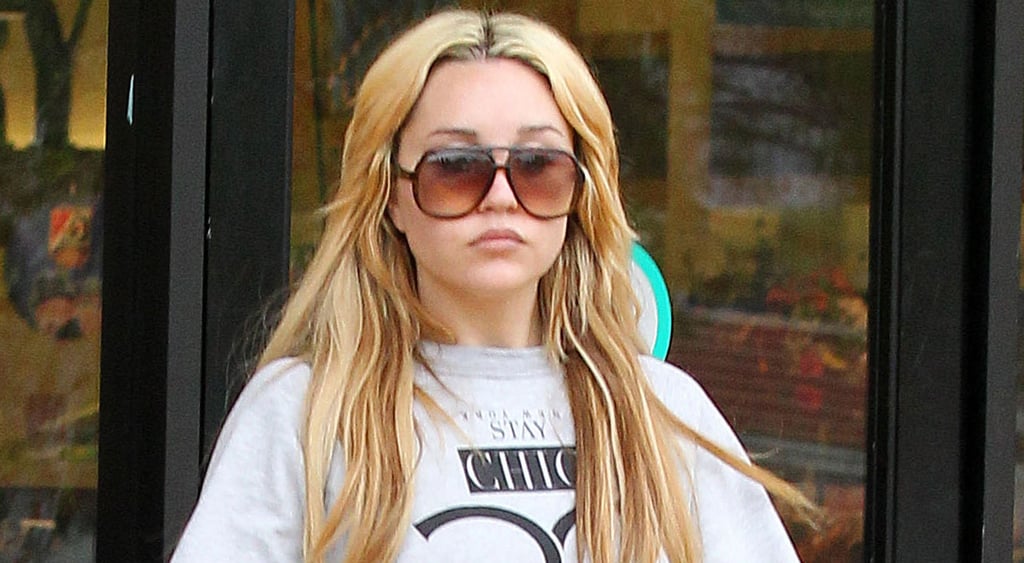 Amanda Bynes is reportedly engaged — in an exclusive interview with In Touch Weekly, the troubled actress says that she has a 19-year-old boyfriend named Caleb and that the two are planning to get married. The news comes just days after Amanda was arrested for a DUI in California, her second in two years.

According to In Touch, Amanda told a reporter on Sunday, "I am very needy for friendship and I hate men. I want to f*ck them, but I can now say I'm engaged — get away from me. I want to be married and I want to be away from people." She claims that her new fiancé lives in Costa Mesa, CA, and works in a bait shop. She revealed her plans to move to NYC because "in California, you need to drive," adding, "I really do not enjoy driving. I don't like the way I look in a car. The lighting is very bad." Amanda also expressed her desire to have children, saying, "I want boys, for sure. However many I can pop out. I don't want a gorgeous girl around. Then I [would] feel way jealous. Ew."

While we have yet to see photos of Amanda and her fiancé, TMZ posted photos of the actress wearing a diamond ring on her left hand while out and about in NYC last week.