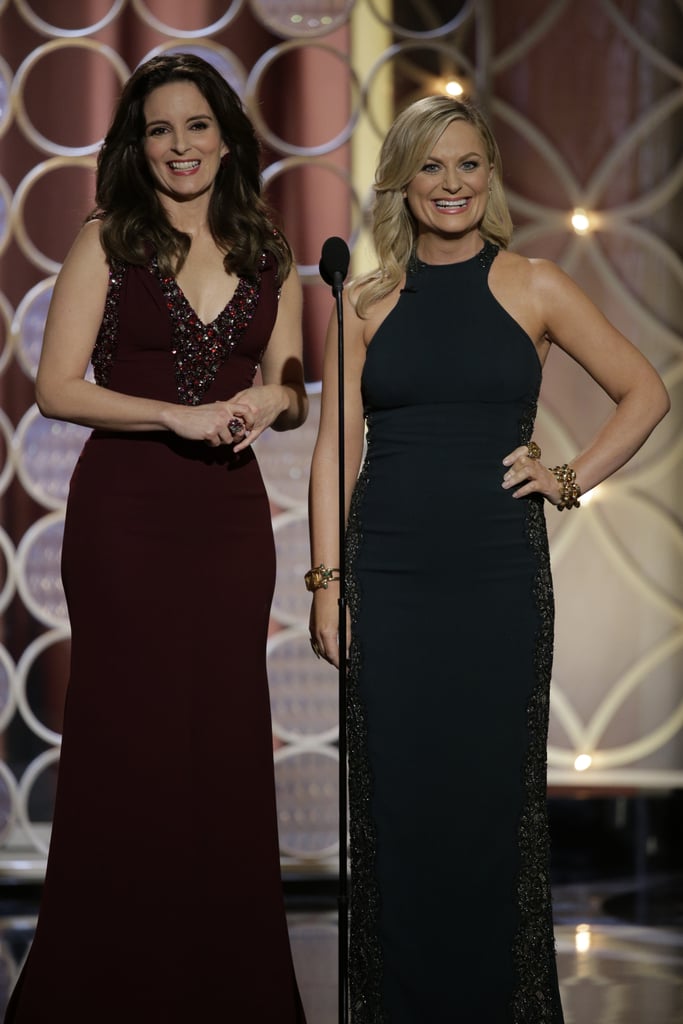 Amy Poehler and Tina Fey are killing it at the 2014 Golden Globes. The best friends kicked off the night on the red carpet in LA together with silly poses and glam dresses — Tina wore a dress by Carolina Herrera and Amy wore a number by Stella McCartney — and then they brought the fun inside. Given that their friendship has spanned 20 years, it's no surprise that they work together so well, and after last year's fun moments, everyone is waiting for them to one-up themselves. Sadly, Tina isn't nominated at the Globes now that 30 Rock has ended, but that allowed Amy to swoop in and win her first Golden Globe for best actress, TV musical or comedy! Keep scrolling for red carpet and onstage moments from the cohost pals.

Harrison Ford
Harrison Ford Congratulates Ke Huy Quan on His Oscar Nomination: "I'm So Happy For Him"
by Sabienna Bowman 17 hours ago