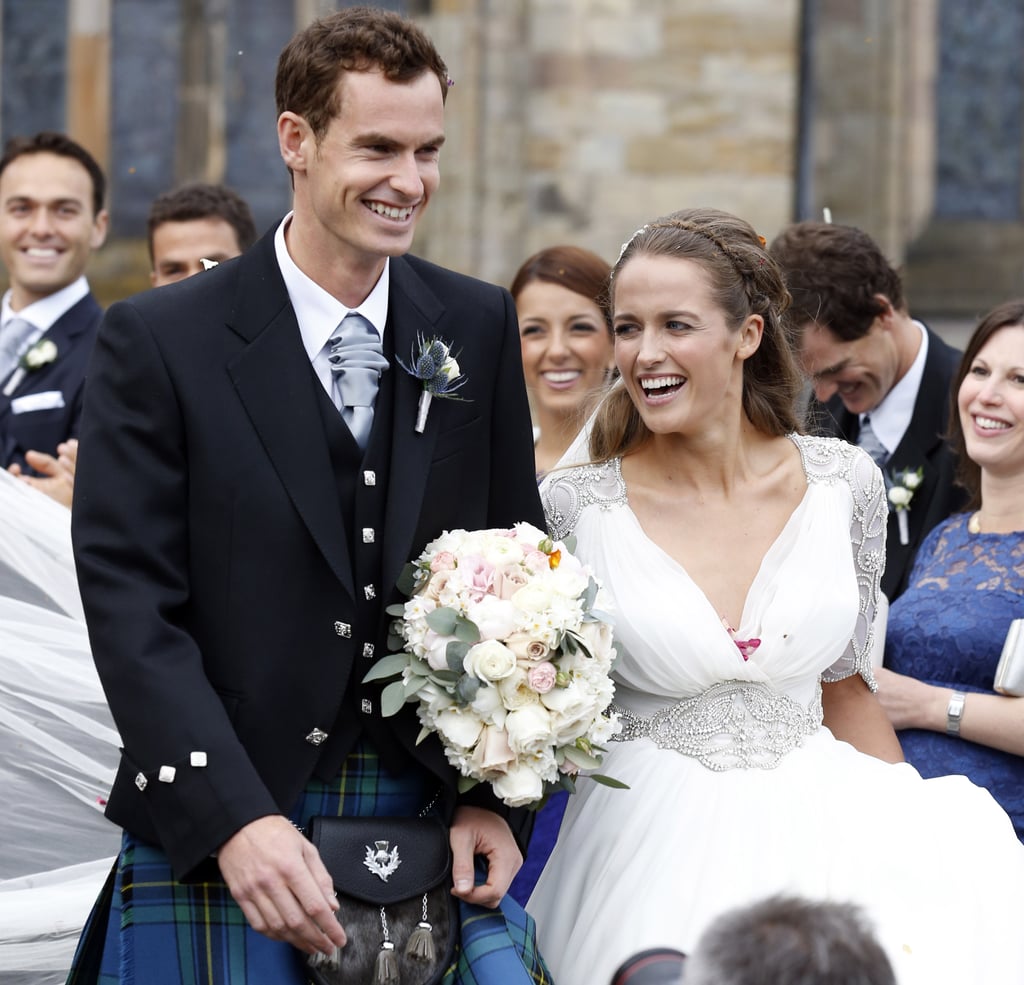 Andy Murray wed girlfriend Kim Sears on Saturday. The couple tied the knot in Andy's hometown of Dunblane, Scotland. After exchanging vows at a 12th-century cathedral, they were cheered on by family, friends, and a large crowd of fans. The bride beamed in her bespoke Jenny Packham gown, which was hand-embroidered and featured Swarovski crystals, and she was flanked by bridesmaids in long pink dresses by the same designer. Meanwhile, the groom paid homage to his heritage in a traditional kilt.

Andy popped the big question in November after a long-term courtship that started in 2005. In the years since, Kim has become a familiar face as she supported Andy in the stands during all his big matches, including his 2012 London Olympic gold medal win and his long-awaited success at the 2013 Wimbledon championship. In 2013, the couple showed off their connection on a PDA-filled vacation in Spain. Read on to see their exciting celebration, and then check out the best celebrity wedding pictures.