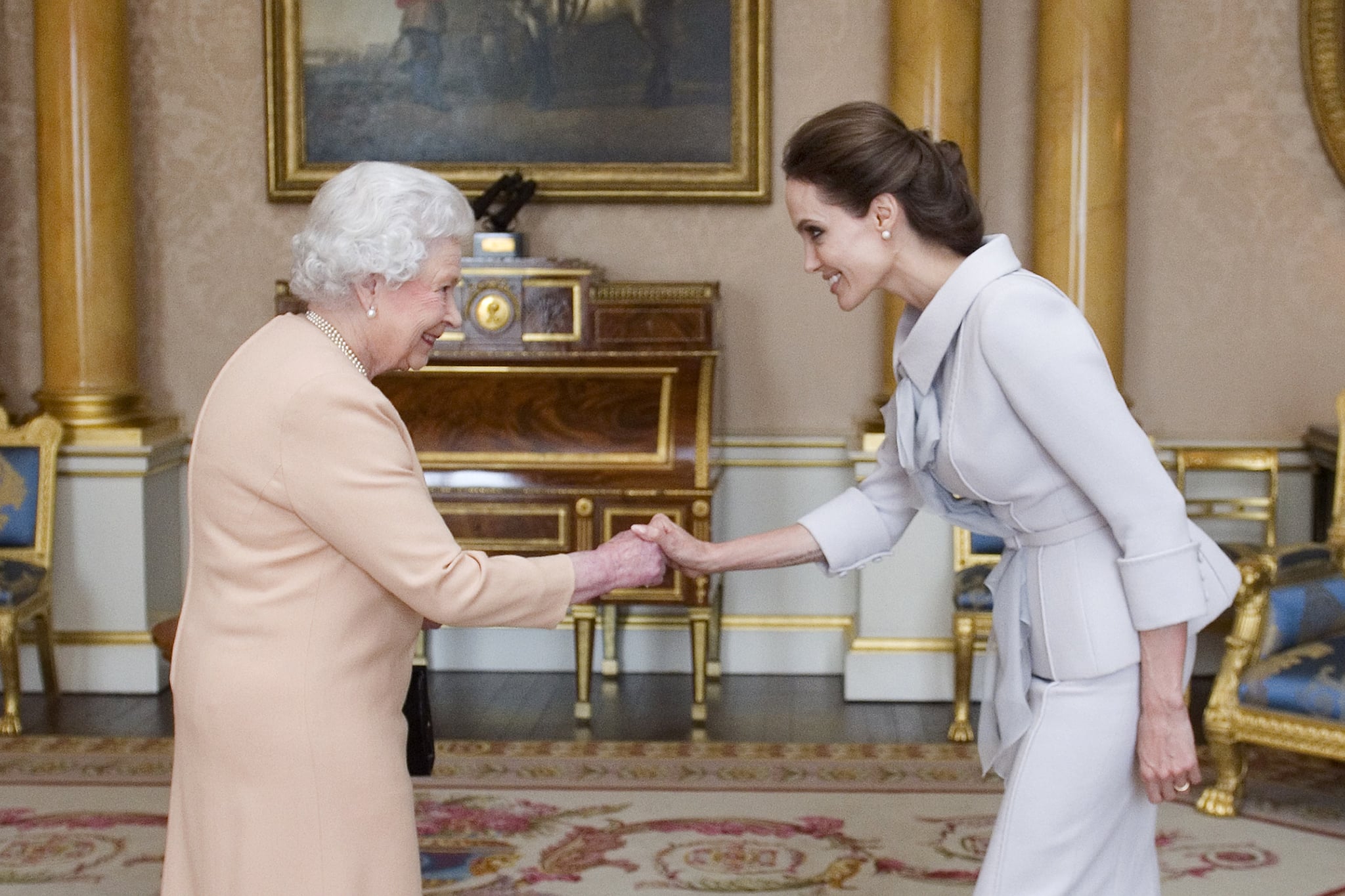 If ITV's exciting new documentary is anything to go by, it's becoming clear that royalty attracts royalty. Who else is better suited to interview Queen Elizabeth II than king of nature and British national treasure Sir David Attenborough? In The Queen's Green Planet, which is set to air in the UK on April 19, the duo can been seen exploring the gorgeous gardens at Buckingham Palace and talking about the monarch's dream of "creating a global network of forests." But there's another queen featured in the trailer, too: Hollywood royalty Angelina Jolie, who sweetly explains that Queen Elizabeth is "this really lovely lady who really cares about the future."

Of course, it isn't the first time that Angelina and Elizabeth's paths have crossed. Back in 2014, the 42-year-old actress and activist was named an honorary dame by the British monarch to recognize her humanitarian work, which includes working for the United Nations and giving lectures on women's rights. Unfortunately we won't be calling her Dame Angie anytime soon, though, since the official title is for British and Commonwealth citizens only. Nevertheless, it's exciting to see that these two have remained close over the years and bonded over their love of nature.