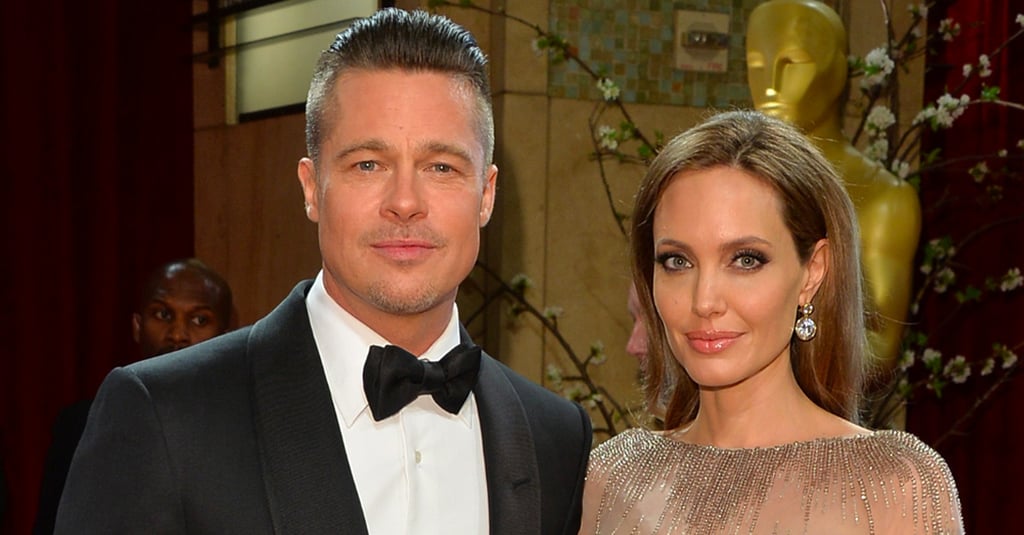 Angelina Jolie recently wrapped up filming for her much-anticipated directorial feature, By the Sea. The movie stars Angelina and her husband, Brad Pitt, and is about "a deeply unhappy couple on vacation in France who becomes involved with a pair of newlyweds staying at their seaside inn." In an interview with the Directors Guild of America, Angelina got candid and revealed what it was like directing herself and Brad, saying, "I'd be directing myself and him in a scene where we're having a fight, and I'd be pulling out the parts [of him] that have an aggression toward me or when you're frustrated with each other — it was very heavy." She then added that she and Brad were able to make light of the situation: "We kept joking that all of the crew felt like they were living in a house where the parents were fighting and you don't know where to stand or where to look." In the end, the couple made it through and finished the film. "We're proud of ourselves for being brave enough to try it," Angelina said, adding, "I think By the Sea was the hardest film for me."

Of course, this isn't the first time Angelina has worked with her family on a film. Just recently, the Oscar winner announced that she and her son Maddox would be traveling to Cambodia to work on her new Netflix movie — and we'll always remember when she and Brad fell in love on the set of 2005's Mr. and Mrs. Smith.