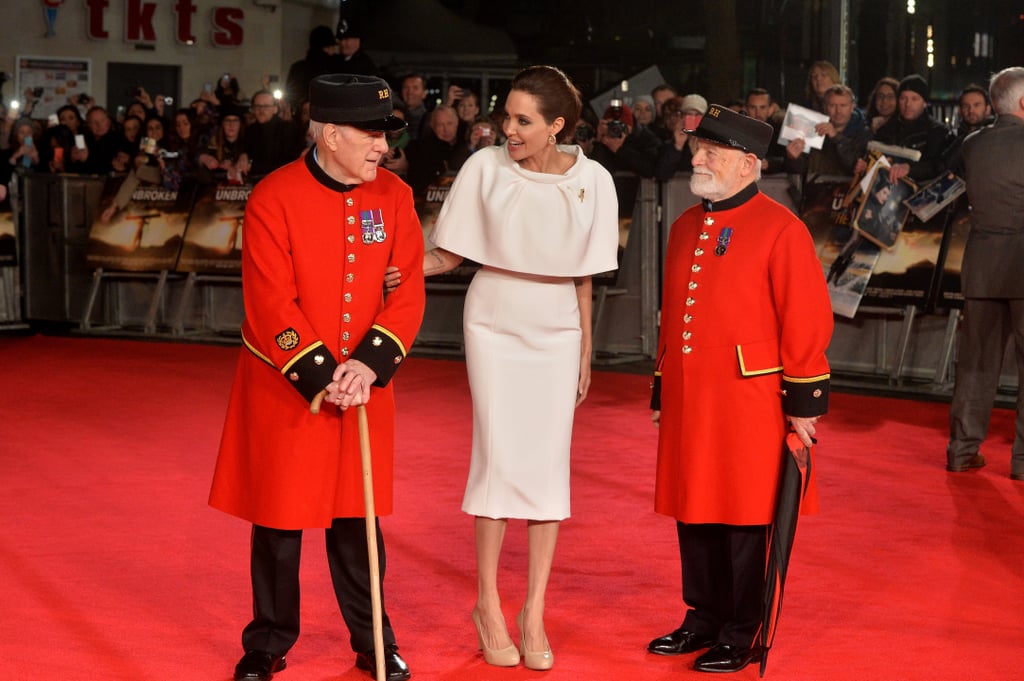 Angelina Jolie was a vision in white when she attended the London premiere of her latest project, Unbroken, on Tuesday. While Brad Pitt was nowhere to be seen on the red carpet, the actress-turned-director instead split her time between her film's star, Jack O'Connell, and chatting up two Chelsea Pensioners who attended the event in their trademark scarlet uniforms. It's been a busy week for Angie, who recently opened up to NBC's Tom Brokaw about her new life as a married woman, saying that she wanted to learn how to cook in order to be "a better wife" for Brad. (However, it sounds like Brad is just fine with her not picking up any culinary skills.) Angie and Jack have both been doing quite a bit of press as they prepare for the Christmas release of their new film. The two traveled to Sydney last week to premiere the project in Australia, and they both popped up at the 2014 Hollywood Film Awards in LA, where Jack scooped up the new Hollywood award.