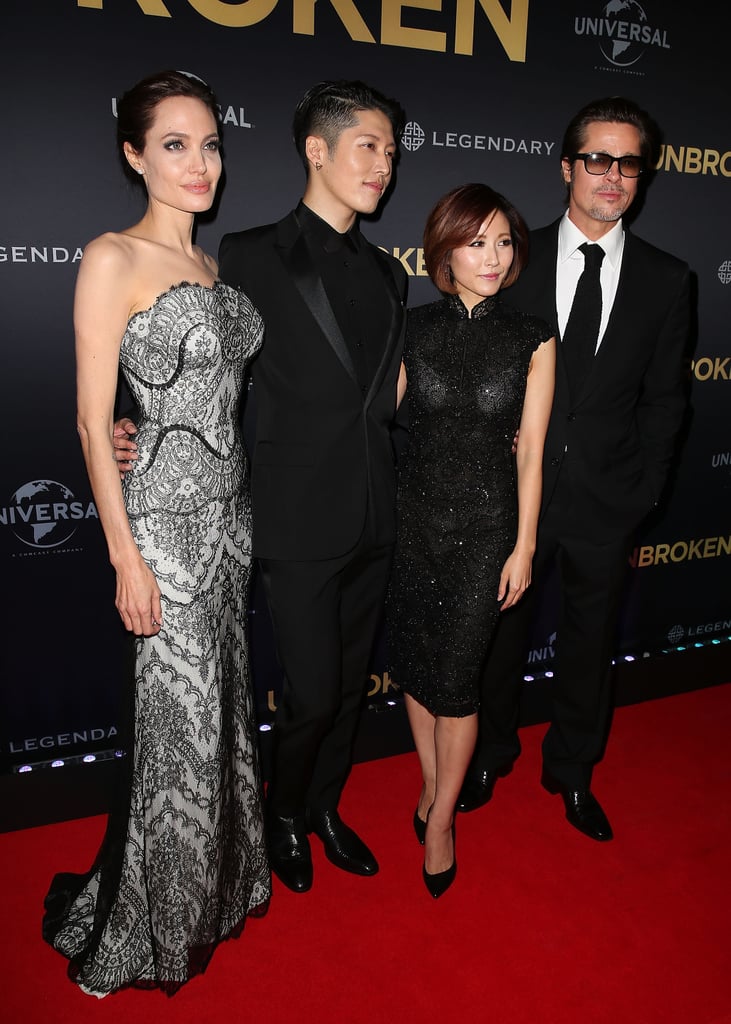 Angelina Jolie and Brad Pitt made their first joint appearance as newlyweds on Monday when they attended the world premiere of Angelina's new film, Unbroken, in Sydney, Australia. The pair walked the red carpet with actor Takamasa Ishihara (aka Japanese pop star Miyavi) and his pop star wife, Melody Ishihara. Angie also joined up on the carpet with her movie's star, Jack O'Connell, whom she honored in LA on Friday at the Hollywood Film Awards.

Although Angelina and Brad got married back in August, they had yet to walk the red carpet together since their big day. The two have been busy filming their latest project, By the Sea, in Europe, although they have been taking breaks for Brad's continued press tour for Fury and Angelina's various promotional obligations for Unbroken, which hits theaters on Christmas Day. Their schedules came together in Australia, as Brad was already in that part of the world to do press in Japan and Asia.

Jennifer Lopez
Should We Talk About J Lo's Crazy, Sexy Global Citizen Costumes All Day or All Month?
by Sarah Wasilak 1 week ago