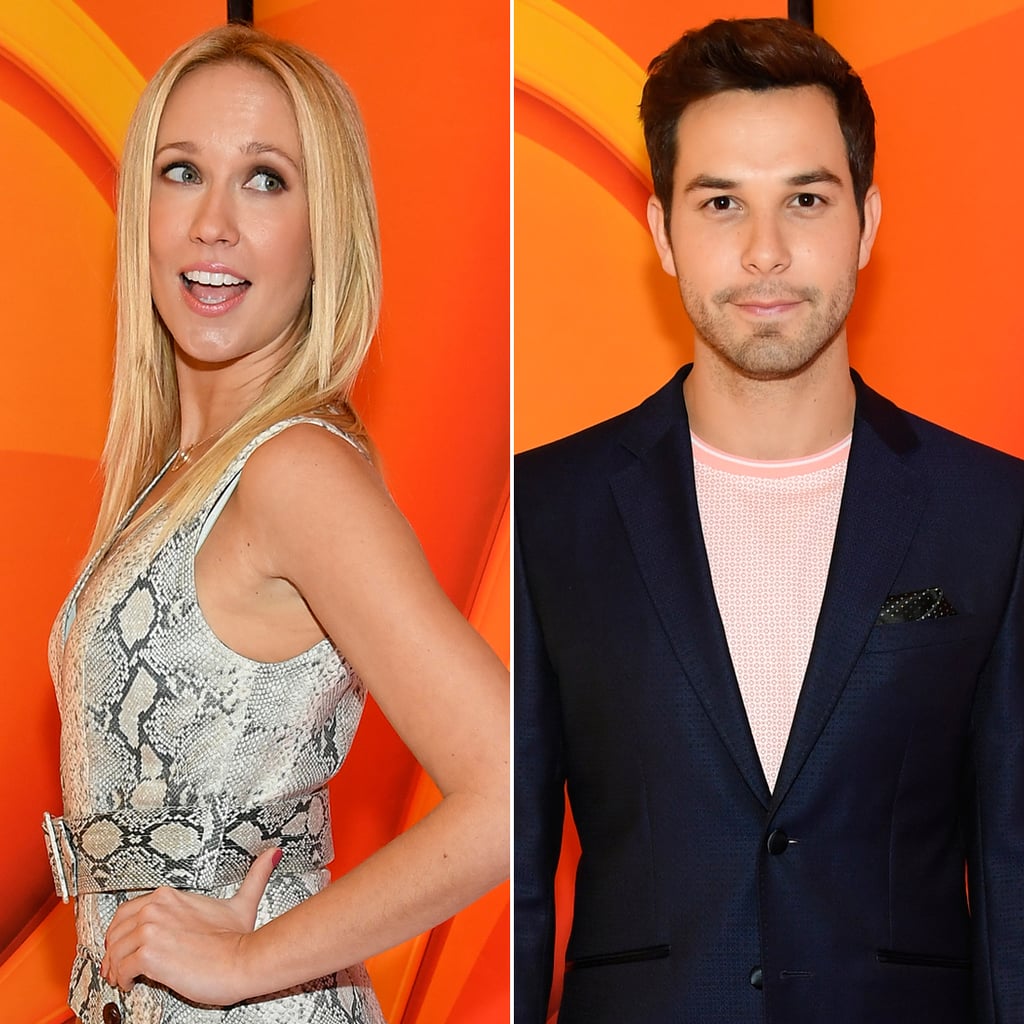 That Was Close! Exes Anna Camp and Skylar Astin Just Barely Avoid Each Other on the Red Carpet

Yikes! Anna Camp and Skylar Astin just barely avoided a potentially awkward run-in when they both stepped out for the NBC Upfronts in NYC on Monday. Both Anna and Skylar were on hand to promote their new shows, Perfect Harmony and Zoey's Extraordinary Playlist, respectively, and apparently, they almost ran into each other on the red carpet.

According to Us Weekly, the exes hit the red carpet within minutes of each other. "It's not a big room so it's interesting their shows would come to the five-hour long carpet at the same time," a source told the outlet. "He did photos then went off with the rest of his cast." While it didn't look like Anna and Skylar were going out of their way to avoid each other, it was reportedly "still kind of strange." Anna was there with actor Bradley Whitford, while Skylar was joined by Ted Danson and Mary Steenburgen.

The Pitch Perfect stars wed in September 2016 after three years of dating. However, in April, news broke that the couple had called it quits after two years of marriage. "He stopped wearing his ring and has started talking about the split with friends," a source confirmed to People. Anna and Skylar have also stopped following each other on Instagram, though the reason for their breakup is still unknown.