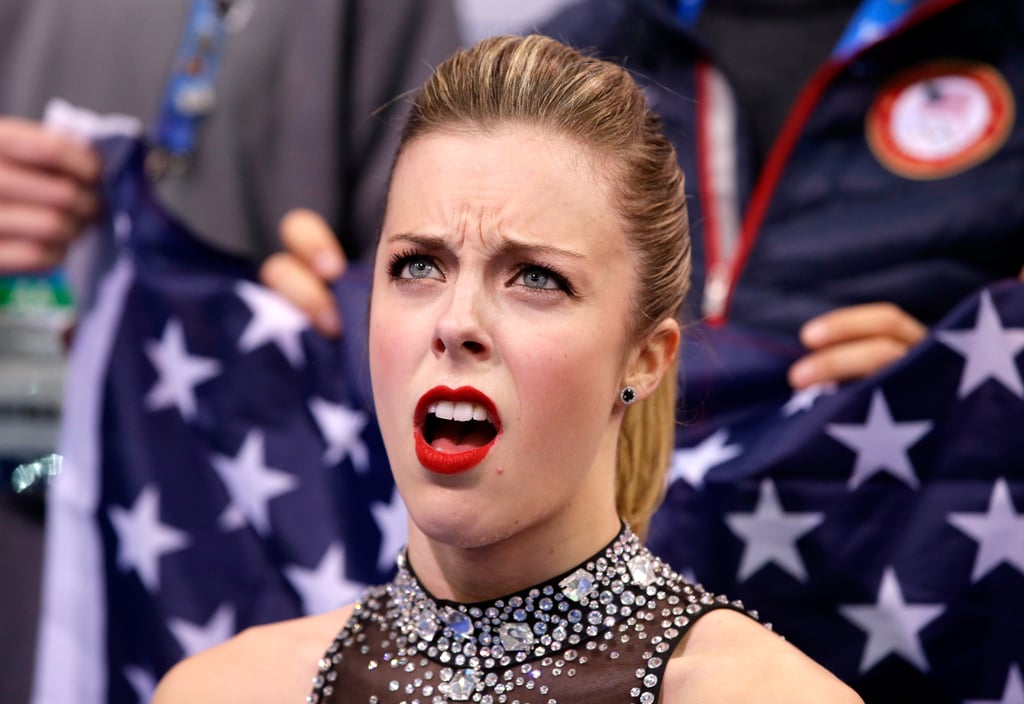 Ashley Wagner is not one to mince words. In what has already become the most epic moment at the Winter Olympic Games in Sochi, the American figure skater was not impressed with her score during the ladies short program in the team figure skating competition. NBC's cameras were rolling on Saturday as Ashley discovered the judges gave her a score of 63.10, which put her in fourth place. In mere seconds, Ashley went from optimistic to downright dismissive. Hardly a stranger to controversy, an Ashley backlash started after she was picked for the team in January. Although she hoped for better scores in Sochi, it was enough to advance the US team to the medal round of the team figure skating competition on Sunday. In that, Russia took home the gold, Canada the silver, and Team USA the bronze. Ashley skates next on Feb. 19, when the ladies individual short program begins.