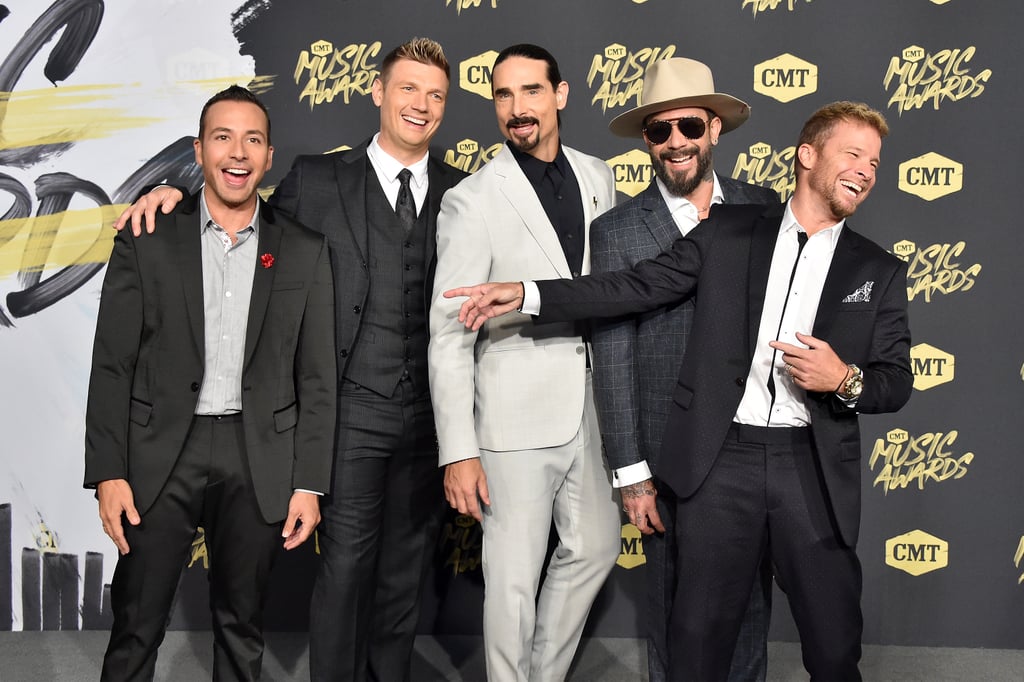 OK, we see you, Backstreet Boys! On Wednesday, Nick Carter, AJ McLean, Howie Dorough, Kevin Richardson, and Brian Littrell all arrived in style for the CMT Music Awards in Nashville. The boys color-coordinated their outfits and appeared excited as they attended the show for the first time together. In fact, the guys were so excited that they even had an impromptu jam session with former American Idol contestant Lauren Alaina on the red carpet.

Related:
Backstreet Boys Watch Teens React to Their Old Music Videos: "I Know Them Because of My Mom"