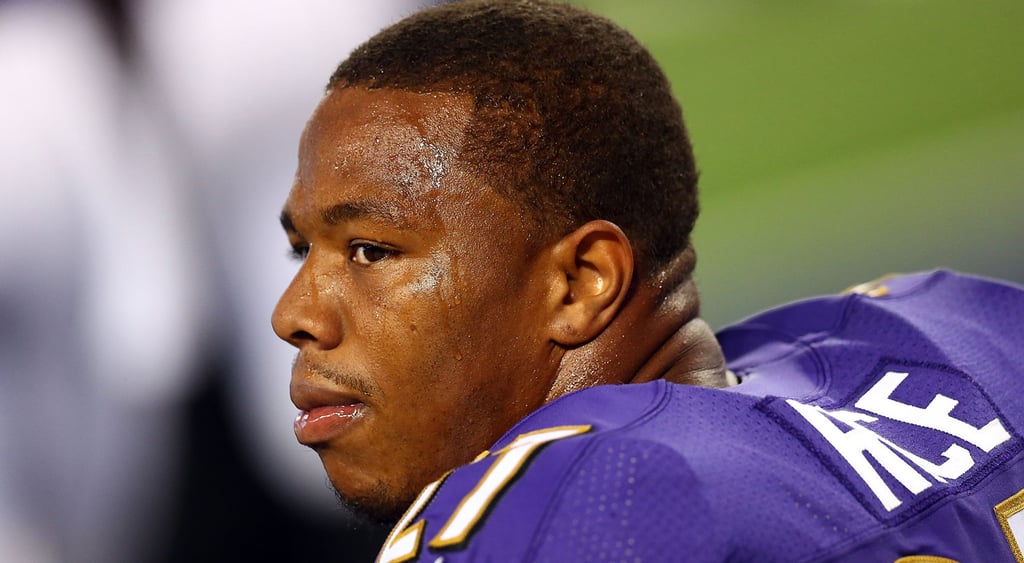 On Monday morning, video footage surfaced showing Ray Rice assaulting his then-fiancée, Janay Palmer, in an elevator during an incident back in February, and hours later, the Baltimore Ravens announced that Rice's contract has been terminated. The running back was arrested in February for hitting Janay at a casino in Atlantic City, NJ, and at the time, he pleaded not guilty. Backlash came quickly when the NFL punished him with a fine and a two-game suspension, which many found to be too light.

Early Monday, the NFL senior vice president of communications said the league hadn't seen the video until now: "That video was not made available to us, and no one in our office has seen it until today." The video's release prompted a quick, negative reaction across social media, with Seth Rogen slamming the NFL and ESPN's Adam Schefter criticizing the league's reaction.