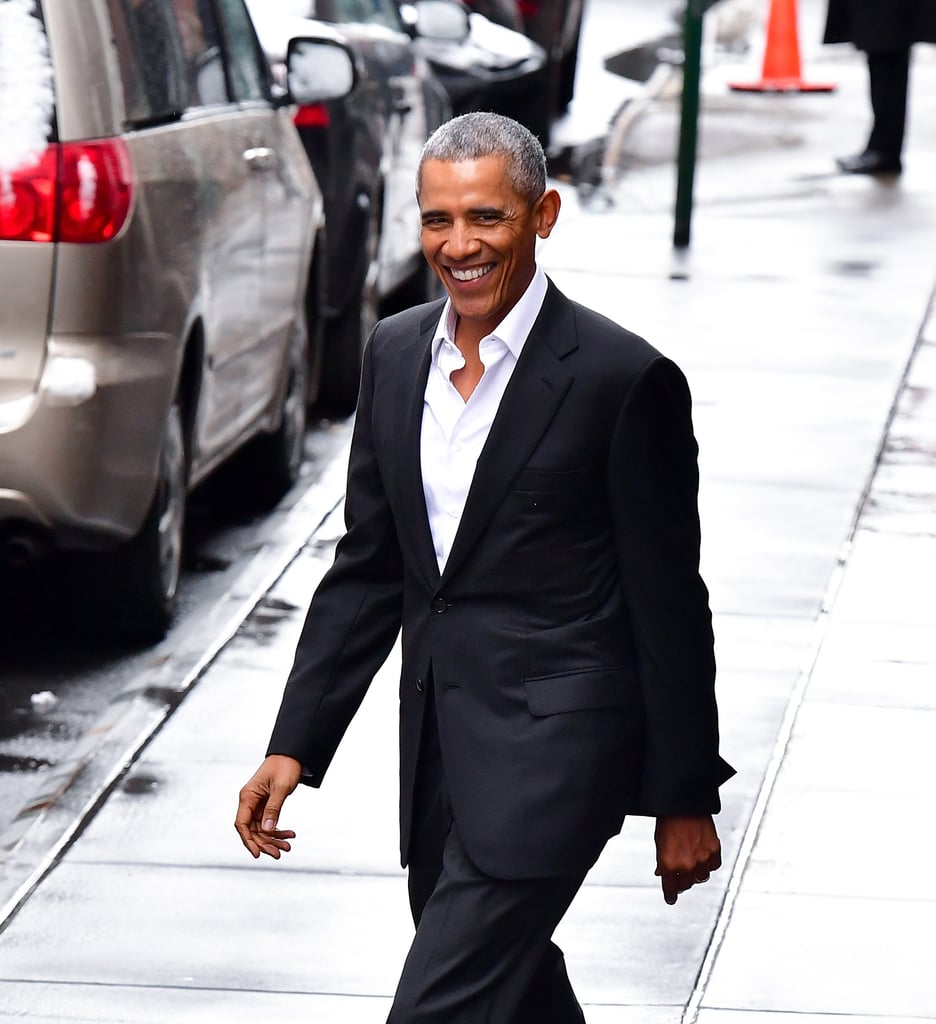 Barack and Michelle Obama have certainly been making the most of their time since leaving the White House in January. Aside from taking a much-needed vacation, the couple recently enjoyed a nice brunch with U2 frontman and activist Bono in NYC on Friday. While the trio left separately, a source tells People they sat in a private dining room downstairs at Upland in Manhattan. After leaving the eatery, the source said "the whole restaurant stood up and applauded and cheered for them. Barack Obama waved at everyone upon leaving." While Bono bundled up in a black overcoat and pants, the former president and first lady looked sharp in button-down shirts and dark slacks. Looks like the two are taking full advantage of casual Fridays now that they're out of office.