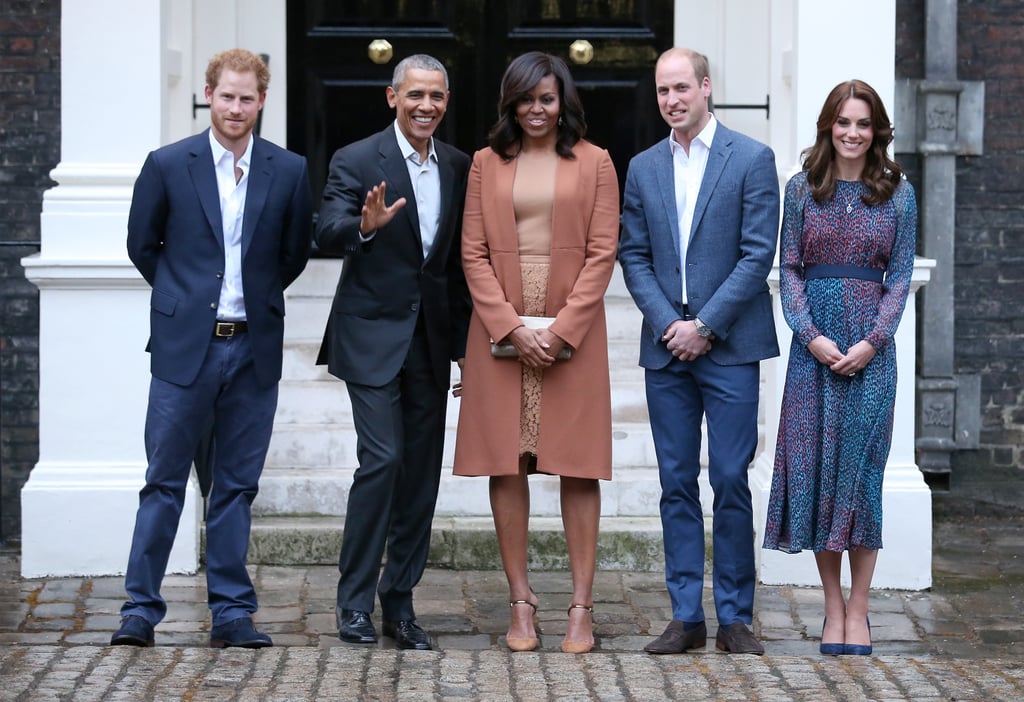 Barack and Michelle Obama Get Caught in the Rain With Prince Harry, Prince William, and Kate Middleton

President Barack Obama and First Lady Michelle Obama touched down in the UK on Friday, where they were greeted by Queen Elizabeth II and Prince Philip. The Obamas looked sophisticated as usual as they posed with the royal couple inside of the Oak Room at Windsor Castle and attended a private lunch hosted by the queen later that day. In addition to probably wishing the queen a very happy 90th birthday, Barack is in town for a press conference with British Prime Minister David Cameron regarding the UK's place in the European Union and also attended a dinner with Prince Harry, Prince William, and Kate Middleton at Kensington Palace. The group narrowly avoided getting soaked by the rain, laughing it up and exchanging pleasantries under a giant umbrella before heading inside. Keep reading to see more photos of the president and first lady's time in England, and check out Barack's recent trip with daughter Malia!